Why we shouldn't give "Golden Voice" Ted Williams a reality show

America is not done with its favorite homeless person yet. But it should be 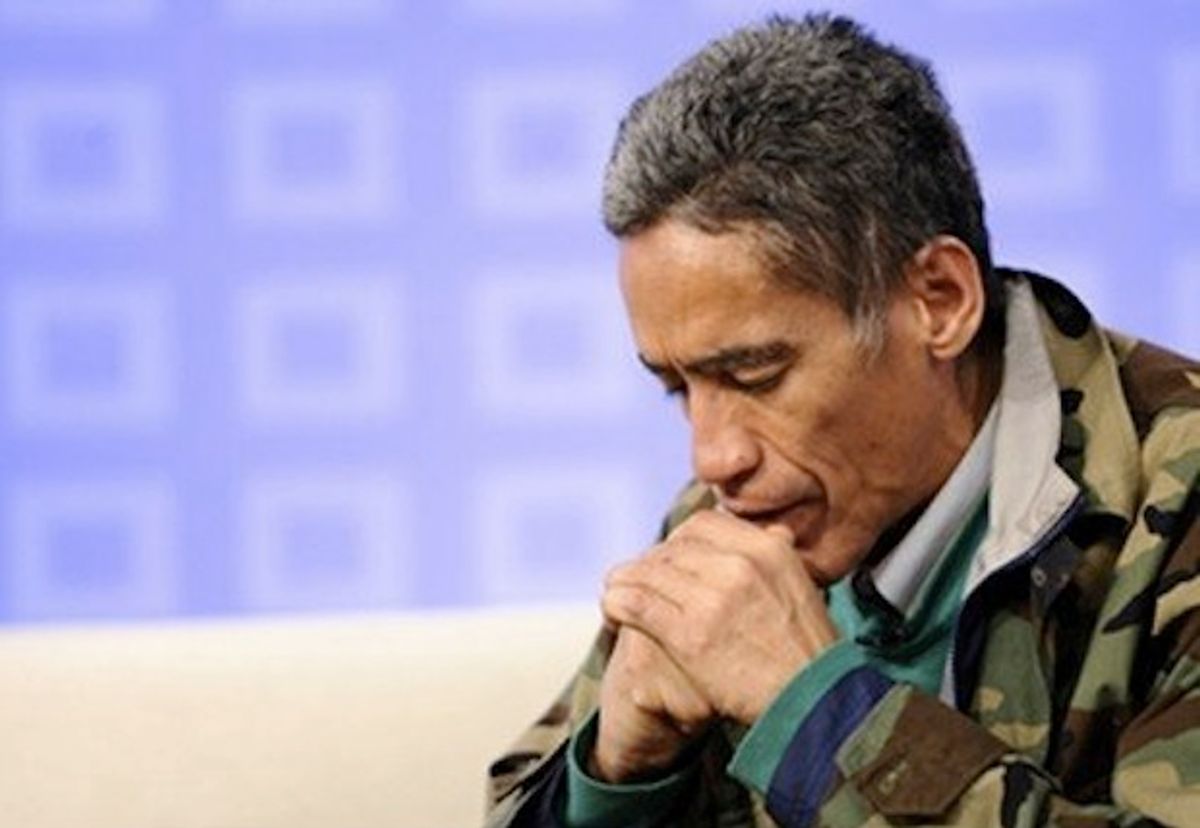 Ted Williams, the man with the Golden Voice.
--

When you imagine the Hollywood that encompasses reality television, do you literally think of a giant machine that churns out human sausage to be consumed by a ravenous American public? Me neither, but that makes for a pretty good metaphor. It's not a new concept that our celebrity culture has the tendency to -- like the Rick Astley song says -- build someone up only to tear them down, but I'm hard-pressed to find a less apologetic instance of this than Ted Williams, the homeless man with the golden voice, who, after two weeks of fame and feel-good stories on "Today,"  ended up checking himself into rehab after a drugs and alcohol relapse and an altercation with his estranged daughter. Only 12 days later, Ted Williams checked himself out of rehab, and our collective interest in a homeless man that we had built up to be a star started to feel like a creepy -- if well-intended -- form of voyeurism.

A few weeks of fame, a glimpse of the good life, and then back to the highways? Nuh-uh, baby, this is America. And though we may love seeing someone fall, we love a heartwarming "get back on your feet" story even more. (That's why "Intervention" always leaves us feeling so empty inside ...) So now we're getting a Ted Williams reality show. And you know what? We deserve it.

Ted's rep tells us the show will be called "Second Chances at Life" -- which will document how Mr. "Golden Voice" went from a promising radio career to living on the streets ... to becoming a YouTube sensation. The series will also follow Ted's life as he battles to rebuild his career and personal life.

We're told the show will be shot in three different locations: Brooklyn (his hometown), Ohio (where he was homeless) and Los Angeles ... where he's been hanging out at expensive restaurants.

Noticeably absent from this statement are the words "rehab" and "treatment." Take that as you will, but even I'm not cynical enough to believe that America wants to watch a show about a formerly homeless man trying -- and failing -- to get clean. I still hold out hope that producers aren't interested in making something other than "Non-Celebrity Rehab." Call me an optimist, but I'm hoping that Ted Williams' 15 minutes are over, because reality television doesn't have a good track record with relapse rates.