We revisit the online service's glory days, when revolution was dawning and Justin Timberlake was just a pop star 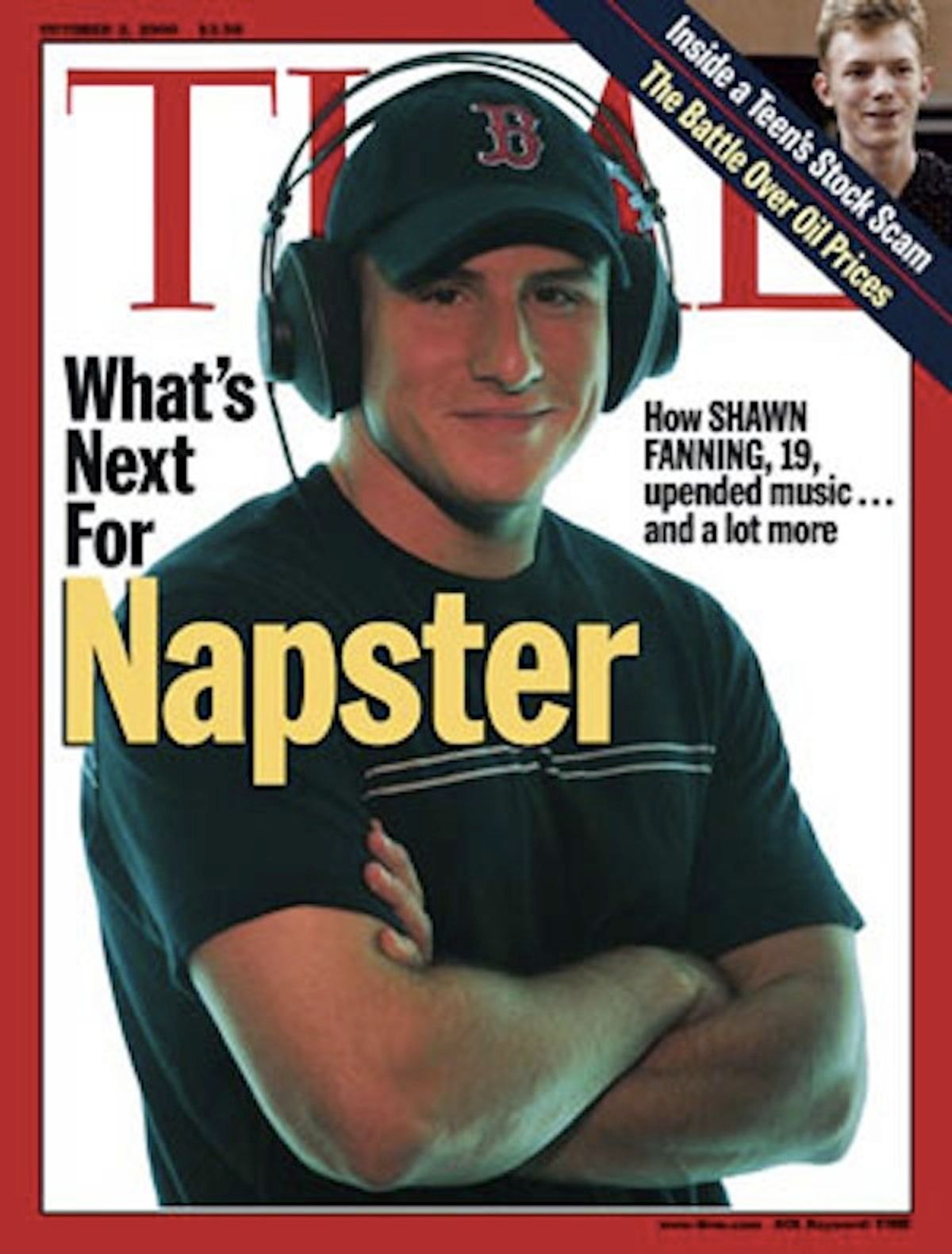 The first song I ever downloaded off Napster was "What You Own," one of the lesser-known duets from the rock opera "Rent" that I spent my formative middle- and high-school years obsessed with. Although it didn't have the staying power of, say, "Seasons of Love" or even "Take Me or Leave Me" (featured in last week's episode of "Glee"), I loved the harmony of Anthony Rapp and Adam Pascal as Mark and Roger. But the song was oddly nostalgic, too, because listening to it in 2000, when Napster first came on my suburban radar, was a staunch reminder of how proudly pre-aughts "Rent" was.

Lyrics from "What You Own":

"You're living in America

At the end of the millennium

You're living in America

And when you're living in America

At the end of the millennium

You're what you own."

(At the time, I was unaware that these lyrics also summed up the business model of Napster.) I was one of the last of my friends to get into the music download trend, mainly because my musical tastes were so abhorrent that I was literally too embarrassed to download anything. Napster had been around since 1999, when Shawn Fanning and his uncle sunk some money into a music-distribution business and let a kid named Sean Parker hop onboard as a business partner. The peer-to-peer file-sharing was the first of its kind, and landed Shawn on the cover of Time magazine by 2000. I don't need to go into the logistics of how Napster changed the music industry, but from a personal standpoint, I remember being dumbstruck by the ability to download and listen to rare bootlegs of Laurie Anderson concerts in under 15 minutes. My friends and I stopped buying CDs and started burning them, making mix tapes for our friends of Elliott Smith and Rufus Wainwright. It didn't cost us a cent. It was better than Snood. And the music industry freaked the hell out.

February 2001 was the peak moment of Napster's history, though that wouldn't be discovered until the whole thing crashed and burned later in July, when Napster shut down its entire network to comply with the injunction served by the courts. Later, they settled $26 million to several artists, went bankrupt, and Fanning started Napster LLC. But back in February, Napster had the highest number of users it was ever going to get -- 26.4 million unique users spending a collective 6.3 billion minutes on the service that month -- before the RIAA started sending its threats (courtesy of Madonna, U2 and Metallica), and other file-sharing services started picking up Napster's slack.

It wasn't our fault we didn't line up to protest behind our Web heroes! We just had heard too many stories about the grandmothers who were carted off to jail by the secret music police because their grandsons downloaded an illegal copy of Dr. Dre on her computer!

What is left of Napster today? Well, it still exists, though you have to pay for it, so what's the point? It's legacy is what's important: Shawn Fanning's name may not be memorable, but funny enough, Sean Parker's is, thanks to his recent portrayal by Justin Timberlake in "The Social Network." Peer-to-peer music sharing is still a thriving business, although sites like Pirate's Bay are constantly in threat of being shut down. And it's actually YouTube that carries the torch of what I consider Napster's original sentiment.

Ben Karris of The State Press unwittingly provided my point with his look back on how Napster "ruined" the music industry by diluting any original talent:

"The proportion of illegally downloaded tracks rises to 61 percent among 14 to 17-year-olds. In addition, 14 percent of CDs (one in seven) in a young person’s collection are copied," Sabbagh writes.

We want our music and we want it now! Although, I suppose if we're not really paying for it, can we even demand quality?

Kids like Justin Bieber and The Jonas Brothers get coached from infancy on how they'll dress, act, sing and do whatever it takes to be marketable. The whole passion thing ­-- that's just a side note.

Besides the nonsensical argument made here (Justin Bieber and the Jonas Brothers suck because people download their music for free?), Karris unwittingly proves the exact opposite of his point. If it weren't for user-uploading services like YouTube, kids like Justin Bieber wouldn't even exist. (He was just a boy playing guitar on the Internet before Scooter Braun discovered him, after all.) It's because of these sharing networks that the music conglomerate doesn't get to decide 100 percent of what we listen to anymore, and for every illegal download of the Black Eyed Peas (who, by the way, are not hurting for money, so let's just give up that ghost already, shall we?), there is an upload of some kid covering the song, turning it into a mashup, or otherwise making his or her creative musical stamp on the churned-out Pop 20 hits we hear on the radio every day.

Ten years ago, on Feb. 21, Napster offered $1 billion to try to make peace with labels like Sony, Warner and Universal, in an attempt to keep the industry from suing Shawn for copyright infringement. Said a Forbes piece at the time, "Of course, the $1 billion in revenue this settlement would require is roughly $1 billion more than Napster takes in now."

Suddenly, a billion dollars didn't seem so cool anymore. Only a decade after the fact can Napster find a sort of ironic redemption, as co-founder Sean Parker's alter ego in "The Social Network" -- as portrayed by a former member of N'Sync, whose label BMG was suing Shawn and Sean in 2001 -- leans back, smirks at the camera and says, "Napster wasn't a failure. I changed the music industry for better and for always."

It may have been a line of fictional dialogue, but it's pretty damn close to the truth.