Walker prank-caller: "I was wildly unprepared"

Ian Murphy, the man who posed as David Koch on a call with Gov. Scott Walker, talks to Salon 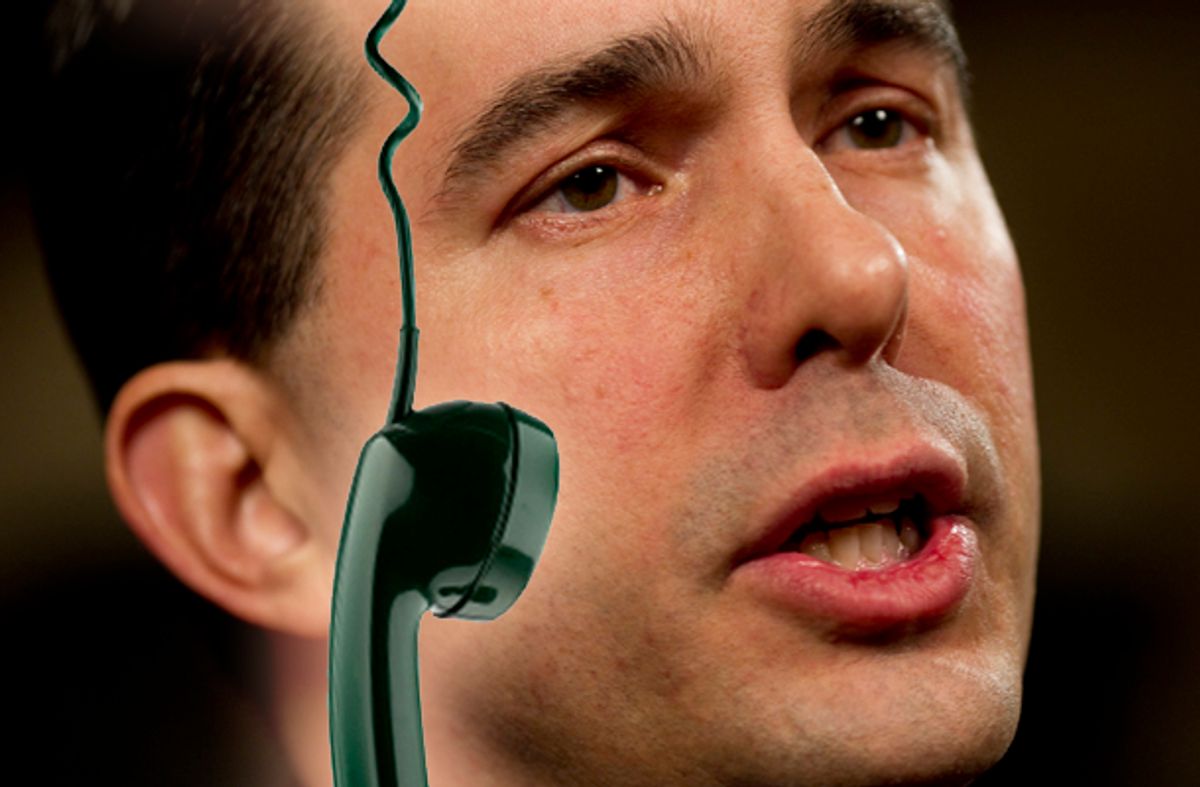 Ian Murphy, the Buffalo Beast journalist who made national headlines by posing as right-wing billionaire David Koch and prank-calling Gov. Scott Walker, tells Salon that he was ad-libbing throughout the conversation.

"I wasn't expecting to actually get through. I was wildly unprepared," Murphy says.

Murphy simply called Walker's office, saying he was Koch, and was ultimately connected with Walker's chief of staff, Keith Gilkes. "The most ridiciulous thing to me is when I get on line with the chief of staff and he wanted to take my number down, and I said I couldn't give it to him because my maid, Maria, had thrown my phone into the washing machine," Murphy says.

As he tells it in the Beast story:

I politely said hello, not knowing how friendly Gilkes and Koch may be. He was eager to help. “I was really hoping to talk directly to Scott,” I said. He said that could be arranged and that I should just leave my number. I explained to Gilkes, “My goddamn maid, Maria, put my phone in the washer. I’d have her deported, but she works for next to nothing.” Gilkes found this amusing. “I’m calling from the VOID—with the VOID, or whatever it’s called. You know, the Snype!”

Murphy says he's tried a lot of pranks over the years, but nothing so successful as the Walker stunt. He once, for example, posed as a Christian reporter with the fake disease of "Aspergers Syndrome by Proxy" and covered the opening of the Creation Museum. The sham newspaper he worked for -- complete with hoax website -- was the Special Times, "a Christian lifestyle journal for and by the developmentally disabled." Other pranks have not gone so well, though Murphy could not remember specific examples because, he said, he's been awake for 40 hours.

"I knew the story was going to be big. I posted it at 3 a.m. so I kind of wanted to see what kind of legs it had for the first hours." Since then, he's been doing interviews all day, and the Beast's site has been down periodically.

Murphy said he has not heard from Walker's office or, for that matter Koch's. He says he hopes Koch sues the Beast, citing the Streisand effect. He adds: "I would just like it on the record that I'm not suicidal. If my body floats up in some Wisconsin bog or cheese factory, I was not suicidal."