Scott Walker claims to not be at war with unions, argues that collective bargaining increased the deficit 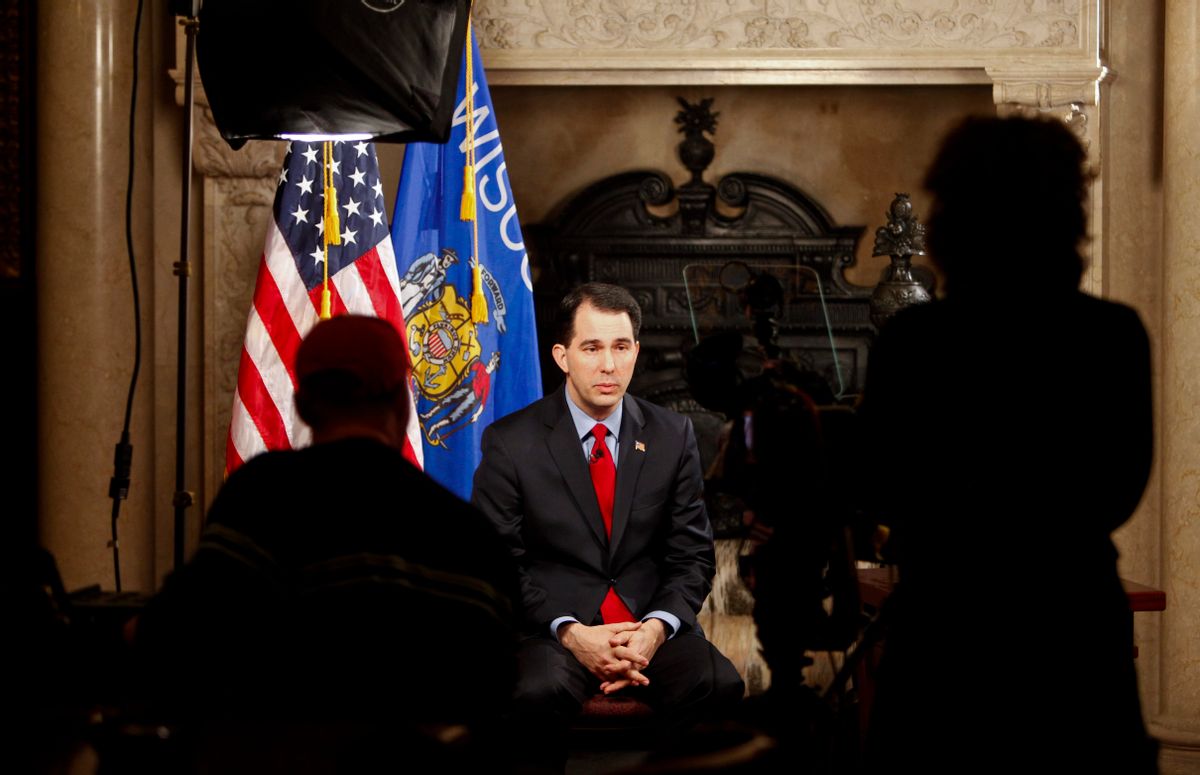 President Franklin Roosevelt used "fireside chats" to reassure a Depression-ravaged and war-torn nation that a brighter future was ahead, and to tell people to have faith in American institutions. Tonight, Wisconsin Gov. Scott Walker had a "fireside chat" to dismiss the claims of protesting Wisconsin public employees and the millions of Americans who sympathize with them in their fight to retain collective-bargaining rights.

Walker warned that outside agitators were being shipped in from Nevada and Chicago. He claimed that his union-busting bill was aimed purely at deficit reduction, and not intended as a "battle with unions." If he'd meant to cripple unions, he said, "we would have eliminated collective bargaining entirely or we would have gone after the private-sector unions."

"Our bill is about protecting the hardworking taxpayer," he said. "Unless the taxpayer is a teacher," he didn't add. "It’s about Wisconsin families trying to make ends meet and help their children," he said. "Although I have no idea how any specific family will be helped by depriving state employees of the right to negotiate for benefits," he also didn't add.

He read a letter from a substitute teacher who disliked the protest, and mentioned a laid-off private sector worker "who asks simply why everyone else has to sacrifice except those in government," because the money class has been setting workers against each other in a resentment-fueled race to the bottom for decades. (Hint, laid-off worker: There is a class of people that no one expects to "sacrifice" anything, and it ain't teachers.)

Walker also begged Democratic state legislators to return to the state, so that he can finish dismantling their base of support. The Senate minority leader declined.

It was not a particularly inspiring or convincing performance, and I imagine a lot of Wisconsinites are still suffering from buyer's remorse tonight.