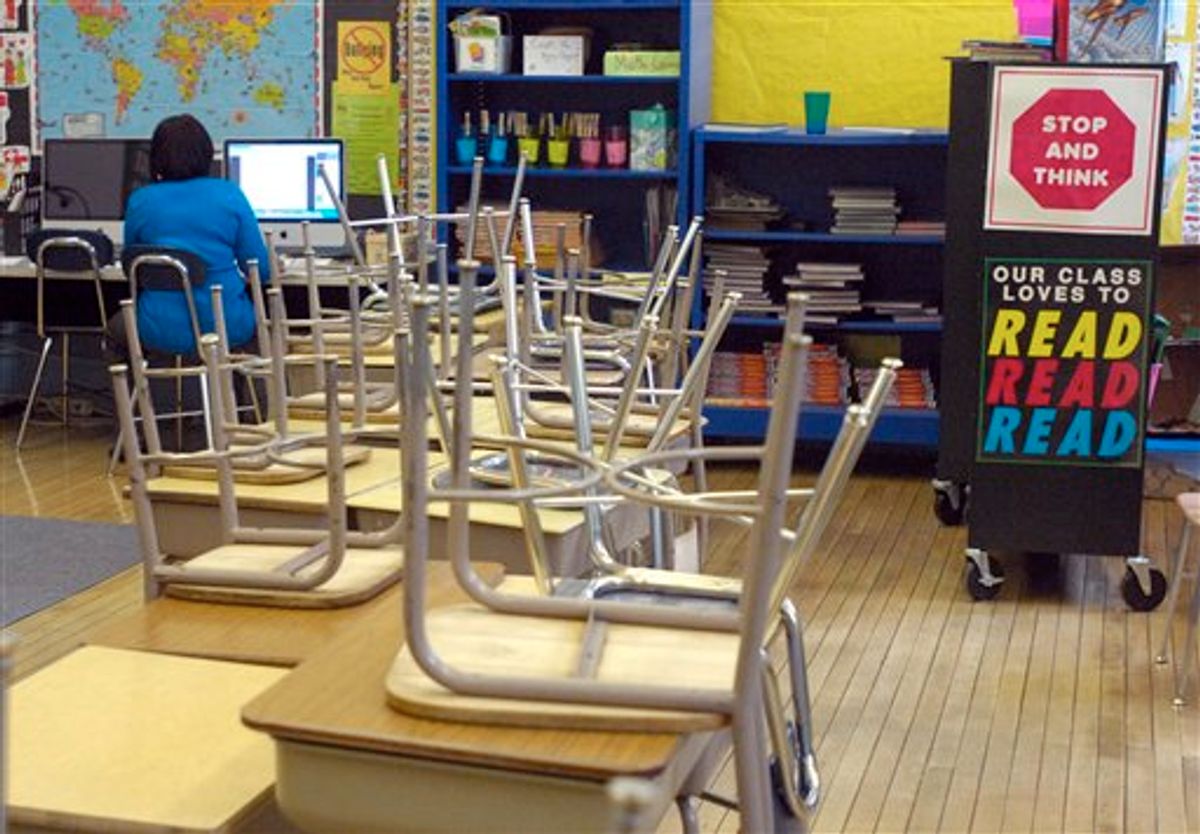 Nearly 2,000 teachers currently work in public schools in Providence, Rhode Island. But that might not be the case for long. The city's school department issued each and every public school teacher a layoff notice this week in response to a $40 million budget shortfall.

The notices aren't firings. Rather they express "an abundance of caution" that secures the option for the city to terminate each teacher's contract in the near future, pending budgetary concerns. The Providence superintendent Tom Brady of schools justified the move through a state law that requires teachers be notified of any changes to their contracts during a calendar year by March 1. Officials insist that everything will be okay:

"This shouldn't come as a shock to union leaders," said Tim Duffy, executive director of the Rhode Island Association of School Committees. "Our association and the superintendents' association have introduced legislation every year to push back the March 1 deadline. And every year, the representatives from the (teachers' unions) say, 'You can't do it.' "

Read more on the layoff notices at the Providence Journal