Every No. 1 single -- as one single track

UPDATED: Be prepared for 75 minutes of musical bliss -- now with your reactions 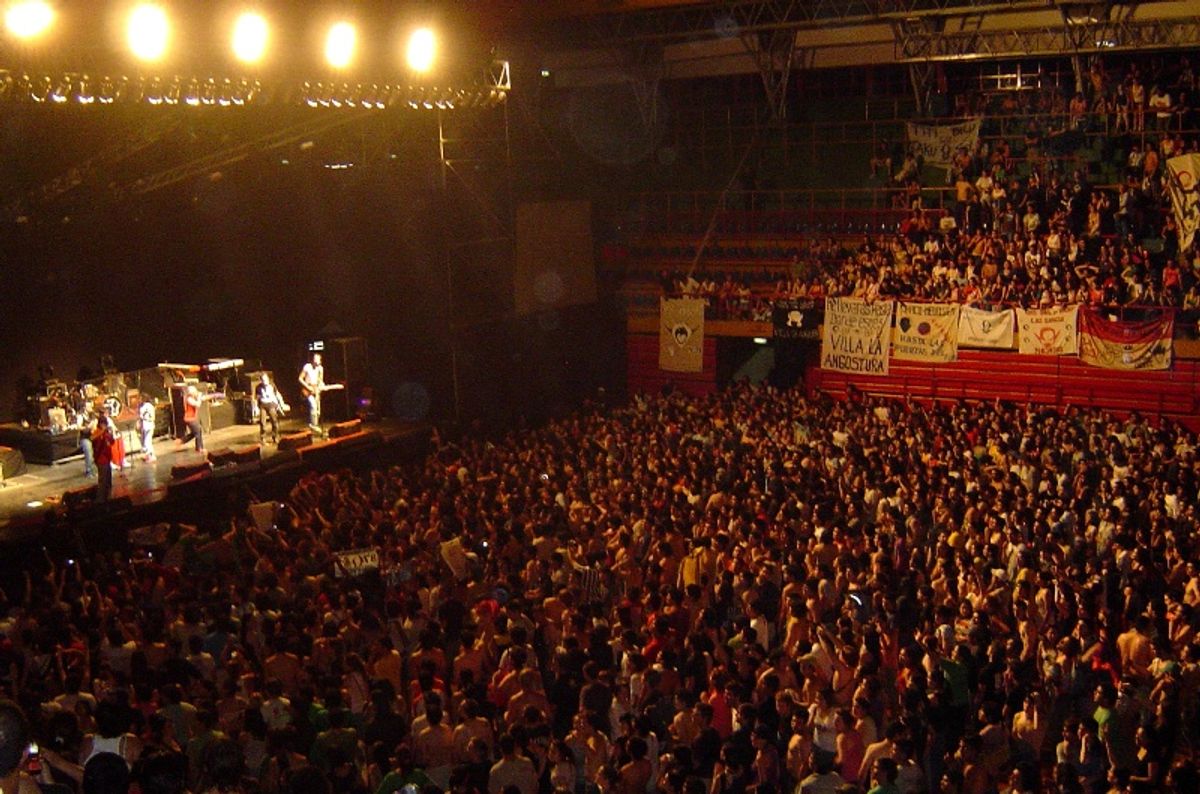 Updated: Ever wonder what every single No. 1 pop song -- from the beginning of time through the '90s -- would sound like mashed together? Look no further.

What might be most fascinating about this agglomeration of audio tracks is the swift and remarkable evolution from the twee sounds of pre-Elvis American music to the present; there's rockabilly, the British invasion, Sinatra's svelte croon, Motown. Remember Bobby Darin? Me neither, but there he is. Then the '70s and Funky Town, punk rock, disco, stadium anthems. Listening through the whole 75 minutes could leave you nostalgic, amazed, perhaps shocked or, dare we say, gaga. It's decades of both great jams and questionable taste. (See: Jefferson Starship.) There's plenty of potential to sift through the track with a fine-tooth comb and make your own discoveries. In fact we encourage it! Leave your best observations in the comments section and we'll post the best as they come in. Scroll down to read them.

seisachtheia: Right around the 3 minute mark -- when there were a few Everly Brothers tunes -- I realized that my dad used to play a lot of these songs for me when I was a little girl. I haven't heard some of them in a very long time, but it brought back warm fuzzy feelings.

Official G: It's amazing how many of them come from crappy movies! Especially from the second half onward.

Rob Gehrke: That gave me a nostalgasm. The innocently sweet, sugar-coated pink and baby blue veneer over the vulgar, depraved, excessive and tragic materialism. Ah, the 80s. Sigh

larrfirr: One thing that's changed in the last 60 years is our attention span has shortened. This is a perfect example, we don't even have time to listen to an entire three minute song, instead we're listening to something that sounds like a TV commercial for some oldies compilation.