"The most dangerous place for African Americans is in the womb" 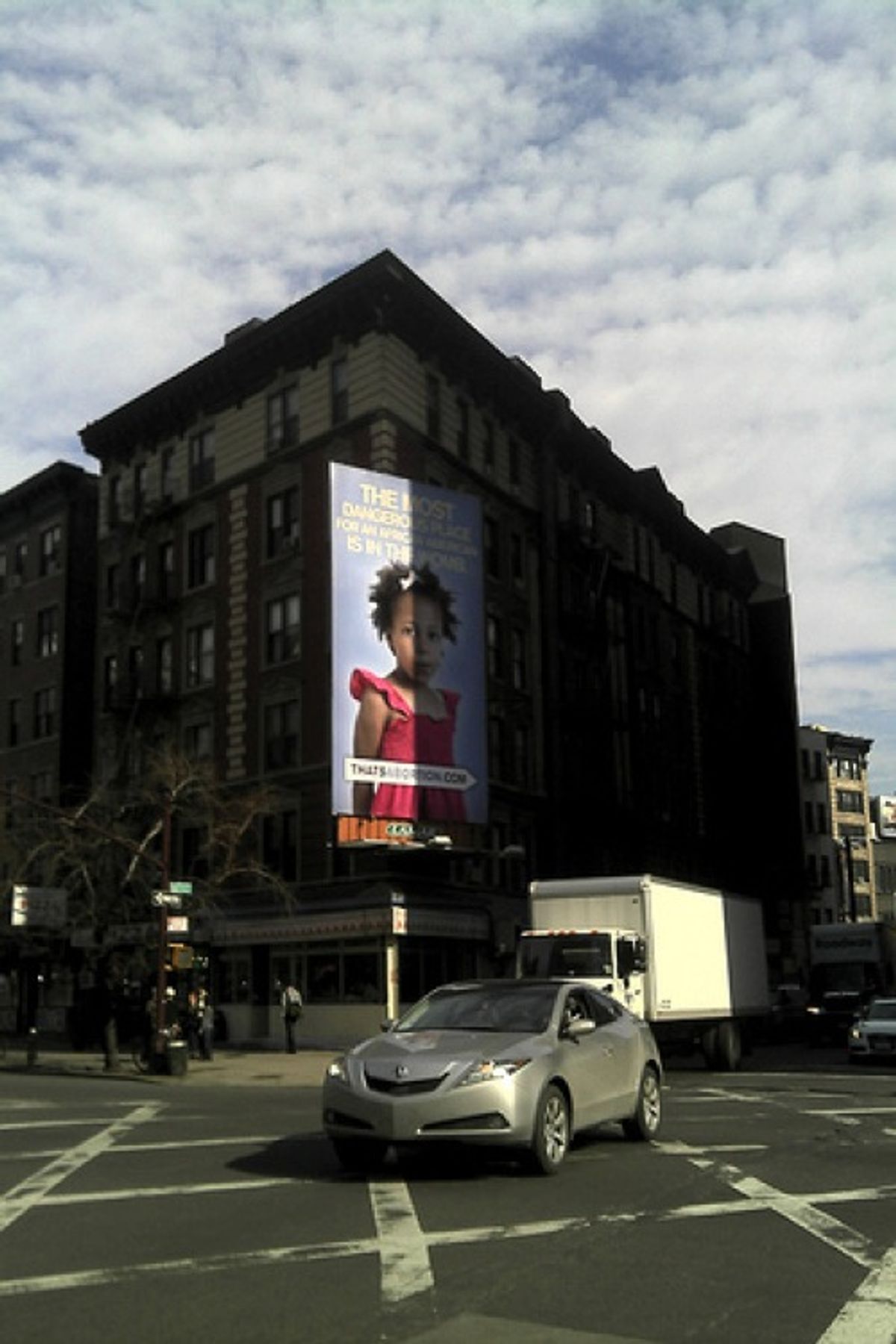 A 4-story anti-abortion billboard in SoHo recently angered quite a few New Yorkers, sent shock waves throughout the country. The billboard -- which stands just a half-mile from one of the city's Planned Parenthood centers -- pictures an young African-American girl and bears the headline: "The most dangerous place for African Americans is in the womb."

The Texas-based anti-abortion group Life Always is behind the new campaign, which attempts to accuse Planned Parenthood of exploiting minority neighborhoods. On its website, Life Always cites recent data from the Census and Centers for Disease Control showing that African Americans constitute about 13 percent of the population, yet receive 36 percent of abortions.

Life Always board member and pastor Steve Broden says of the campaign, “During Black History Month, we celebrate our history, but our future is in jeopardy as a genocidal plot is carried out through abortion.” His fellow board member Reverend Derek McCoy also backs his groups efforts by claming that the billboard "highlights the tragedy that abortion is the number one killer since 1973 in the black community, and the truth that we must confront in a city with a near 60 percent abortion rate for black women."

Unsurpisingly, Planned Parenthood is outraged by Life Always' crusade on abortion that hit the streets of New York this week. The recently de-funded organization issued a statement calling the campaign, "an offensive and condescending effort to stigmatize and shame African-American women, while attempting to discredit the work of Planned Parenthood."

UPDATE: Due to pressure from local black leaders including the Reverend Al Sharpton, who had planned to stage a protest in front of the billboard on Friday, Lamar Outdoor advertising has agreed to remove the contentious anti-abortion sign at the corner of 6th and Watts in New York City.  Black leaders were not the only ones promoting the dismantling of the billboard, local politicians also cited the campaign as offensive and misguided.