Surprisingly, Rick Astley makes no appearance in this feature 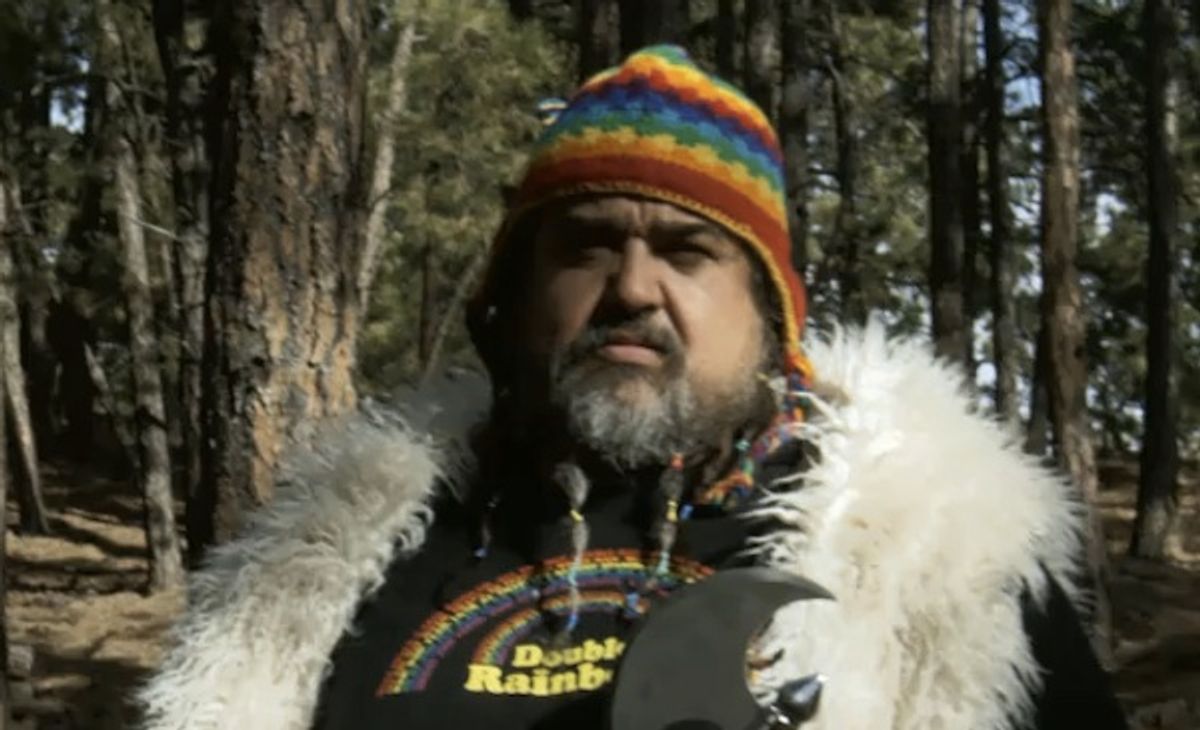 Lord of the Double Rainbows.
--

By their very definition*, Internet memes are transitory, mutable and have a shelf life of approximately three days. That's why, when we see web stars like The Double Rainbow Guy shilling for Windows or Antoine Dodson singing "Christmas Intruder" on "The George Lopez Show," we kind of mentally cringe, but are also sort of happy that these guys have found a way to elongate their unintentional 15 minutes into something a little longer.

What Internet memes do not need is a full-length movie. Not a documentary (which might be interesting), but a fictional, "Lord of the Rings"-style epic film.

Yesterday, much of the Internet thought this was a joke. Turns out the joke is on us -- and the poor sap who has to raise funding for his project of non-actors. From Business Insider :

We just got off the phone with the producer of the film, Andrew Fischer of Nurv.com, and he assured us "the movie is not a prank" and that it’s not just one elaborate "rick roll." He’s been planning this film for over six months now, and he’s aiming for a theatrical release. "Instead of going to Hollywood for expensive A-list actors, why not sign people on with a name who command an audience?" Fischer told us.

Fischer went on to say that the movie will be an "epic comedy," and that a longer trailer will be released soon to reveal more details of the film. "A lot of people will be very surprised by the plot," said Fischer.

What we're wondering is why these specific webcelebs? Is there going to be a cameo from The Ginger Kid? Will the bad guy be an LOLcat? And, as Gabe Delahaye on Videogum pointed out, why are there no women in this video? Hey, Andrew Fischer, us ladies make memes too! We demand Lolita McAuley, of Self-Potato fame, as a possible love interest for Double Rainbow guy!

*OK, not by every definition, but by some!