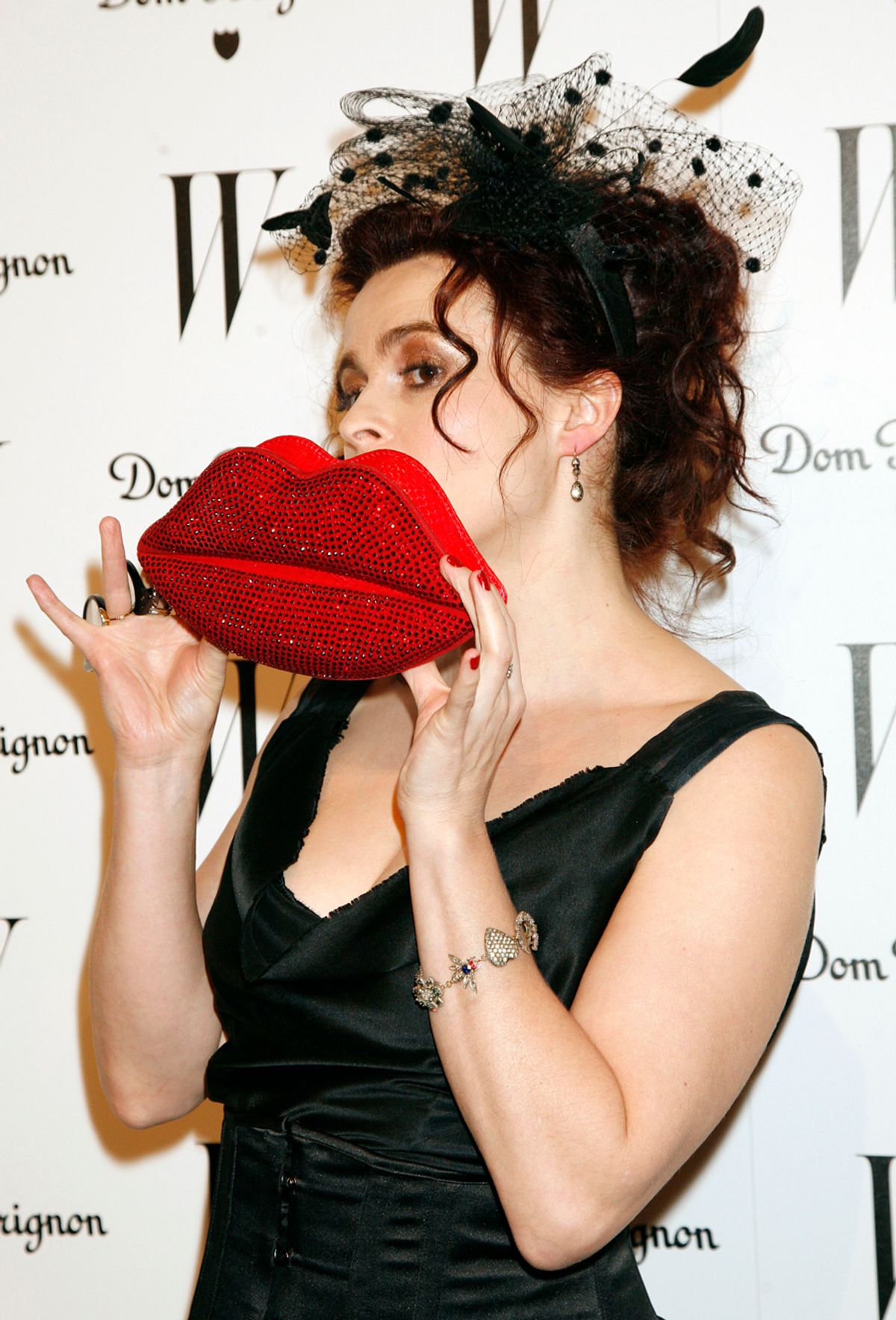 Helena Bonham Carter is as disastrous a dresser as she is brilliant an actress. The 44-year-old, nominated for a best supporting actress Academy Award for her droll, plummy turn as the Queen Mum in "The King's Speech," is a woman for whom the word "kooky" seems to have been invented, the kind who could make Björk and Cher shake their heads ruefully and ask, "You're going out in that?" And that is why, like Björk and Cher, she is fabulous.

As in years past, the bulk of this year's crop of Oscar-nominated actresses has the carefully cultivated aura of Hollywood glamour. You'd never catch Nicole Kidman showing up at the Golden Globes, as Bonham Carter did, sporting bird's nest hair and mismatched shoes.  The reliably stunning Amy Adams and Natalie Portman probably won't be going to the Oscars emulating the Queen of the Damned look Bonham Carter went for when she won the BAFTA earlier this month. Melissa Leo has been spending the last few months aggressively distancing her image from that of her big-haired frumpus character in "The Fighter," pulling out all the stops in a sequins- and fur-laden personal campaign. And even 14-year-old Hailee Steinfeld knows how to pull it together in an elegant Marchesa gown.

Then there's Bonham Carter, without whom the red carpet "Worst Looks" column would be eternally short. In her day-to-day life, she proudly roams around in Mary Janes, patchwork jeans and shapeless cardigans, looking more like the rumpled, bathrobe-clad mom you meet at the school bus than a bona fide movie star. And dolled up for black tie events, it's clear that she and her alter egos Bellatrix Lestrange, the Red Queen, and Mrs. Lovett all shop at the same boutiques. (No doubt in large part because her partner, Tim Burton, directed her in two of those roles.) It's a personal style that has for years raised eyebrows and horrified fashion critics. And sure enough, as she prepares to strut before the world on the film industry's big night, it's only natural that the pundits are wondering what fresh hell she's got in store, prompting stylist June Ambrose to opine to E! that "She wants to be edgy, she wants to be outrageous, that's fine. I'd put her in something that would be very avant garde," adding, "and I would just stop her when she wants to take it somewhere else."

But somewhere else is exactly where Bonham Carter lives. After her wild get-up drew gasps at the Golden Globes, she cheekily vowed that her Oscar outfit is "probably going to be a catastrophe. But it's like, I'm gonna go for it." It's no accident that a lady who once described herself as "so not Mrs. Style ... I'm the Antichrist of fashion" is an avid devotee of Vivienne Westwood, the iconic British designer whose outrageous style gave punk a haute couture edge.  And it's no accident, either, that Bonham Carter's wild woman in a garbage bag look is as deliberate as Halle Berry's impeccable elegance is. As she told Grazia last month, "I don't care what anyone else thinks. I dress the way I want to, not for anyone else. But I do put a lot of thought into it, for red carpets. I don't just throw any old thing on."

While musical performers like Lady Gaga and Katy Perry can get away with lobster shoes and candy bras, there's a different expectation of actresses, an implied requirement of seriousness. And the older a woman gets, the less tolerable her wackiness becomes in the eyes of the world -- the difference between crazy hot lady and crazy cat lady turns on a dime. Bonham Carter just doesn't care, because she isn't dressing to make the best-dressed lists -- though, despite all her sabotaging efforts, she's occasionally done it anyway.

She dresses instead, bless her idiosyncratic heart, like a true blue, old school English eccentric. As she says, "Fashion is all about having fun. I think fashion has been hijacked by the fashion industry creating rules on what one should wear and I feel like breaking the mold and seeing that the world won’t crumble." In the parade of perfectly put together stars with their teams of handlers, she shines with the beauty of pure originality, and that wicked sense of don't give a damn delight. She is at once both your dotty auntie, gardening in a housecoat and Wellingtons -- and Sid Vicious. And like Sid, come Oscar night, you can count on the fact that she'll do it her way.