General ordered psy-ops to be used on American elected officials

The Army asked a propaganda unit to influence senators, according to Michael Hastings 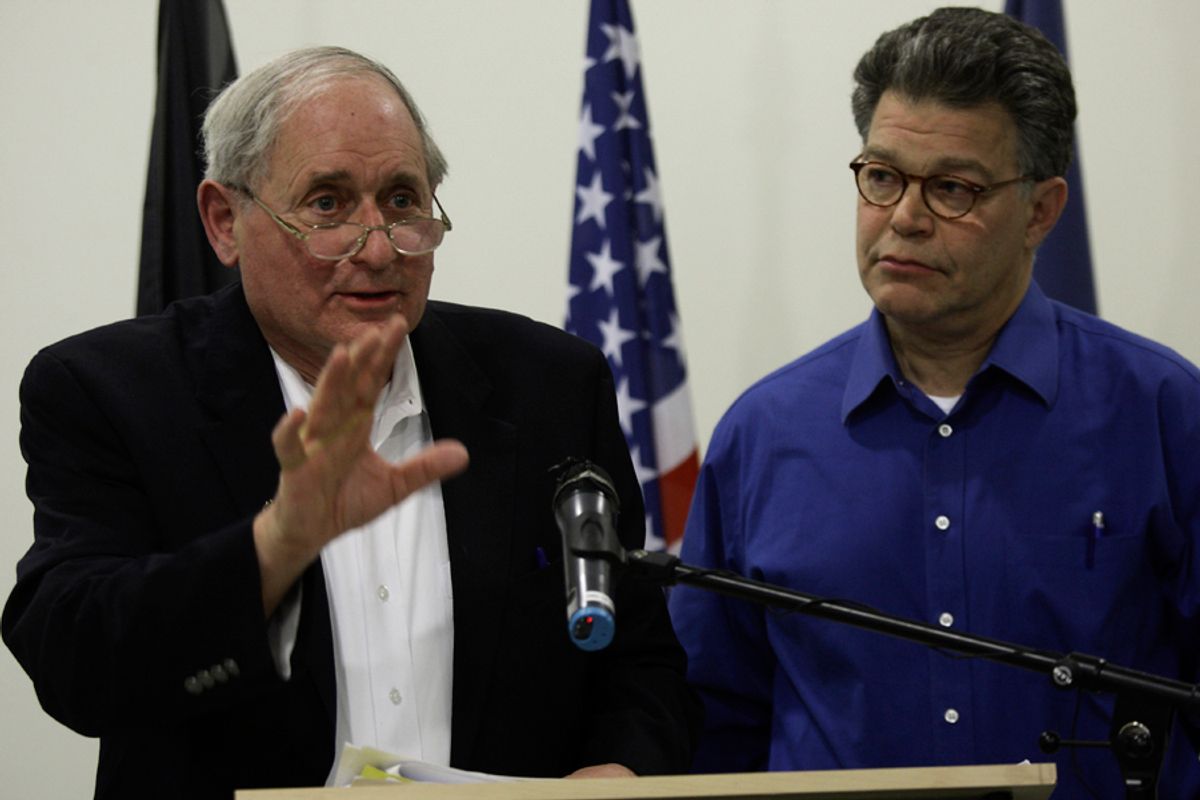 Michael Hastings has a weird, maybe shocking story in Rolling Stone. Gen. William Caldwell, the man training Afghan troops in preparation for our eventual withdrawal from the country, apparently ordered an "information operations" cell to perform what the military used to call "psychological operations" on visiting dignitaries -- including American members of Congress.

That is probably illegal. Psy-ops are to be used only on "hostile foreign groups," and the military is explicitly banned from using propaganda campaigns on Americans. (Though everyone basically "knows" that the CIA and others perform psy-ops on the American people all the time, right? Or is that paranoid of me?)

At first, the orders were administered verbally. According to Holmes, who attended at least a dozen meetings with Caldwell to discuss the operation, the general wanted the IO unit to do the kind of seemingly innocuous work usually delegated to the two dozen members of his public affairs staff: compiling detailed profiles of the VIPs, including their voting records, their likes and dislikes, and their "hot-button issues." In one email to Holmes, Caldwell’s staff also wanted to know how to shape the general’s presentations to the visiting dignitaries, and how best to "refine our messaging."

Congressional delegations – known in military jargon as CODELs – are no strangers to spin. U.S. lawmakers routinely take trips to the frontlines in Iraq and Afghanistan, where they receive carefully orchestrated briefings and visit local markets before posing for souvenir photos in helmets and flak jackets. Informally, the trips are a way for generals to lobby congressmen and provide first-hand updates on the war. But what Caldwell was looking for was more than the usual background briefings on senators. According to Holmes, the general wanted the IO team to provide a "deeper analysis of pressure points we could use to leverage the delegation for more funds." The general’s chief of staff also asked Holmes how Caldwell could secretly manipulate the U.S. lawmakers without their knowledge. "How do we get these guys to give us more people?" he demanded. "What do I have to plant inside their heads?"

And it got more blatant:

In March 2010, [Col. Gregory] Breazile issued a written order that "directly tasked" Holmes to conduct an IO campaign against "all DV visits" – short for "distinguished visitor." The team was also instructed to "prepare the context and develop the prep package for each visit." In case the order wasn’t clear enough, Breazile added that the new instructions were to "take priority over all other duties." Instead of fighting the Taliban, Holmes and his team were now responsible for using their training to win the hearts and minds of John McCain and Al Franken.

The leader of the psy-ops unit was not thrilled with the assignment, and in what is the most damning part of the story, he alerted a JAG lawyer, who agreed that the entire thing was "contrary to IO policy." Shortly thereafter, the whistle-blower claims, he was the victim of a retaliatory Army investigation into his personal conduct.

Daniel Foster wonders if the whole thing was actually in violation of the law, but it's disturbing either way. One interesting wrinkle: Steve Clemons says today that he actually noticed Sen. Carl Levin sounding very rosy about Afghanistan after his visit there last year.