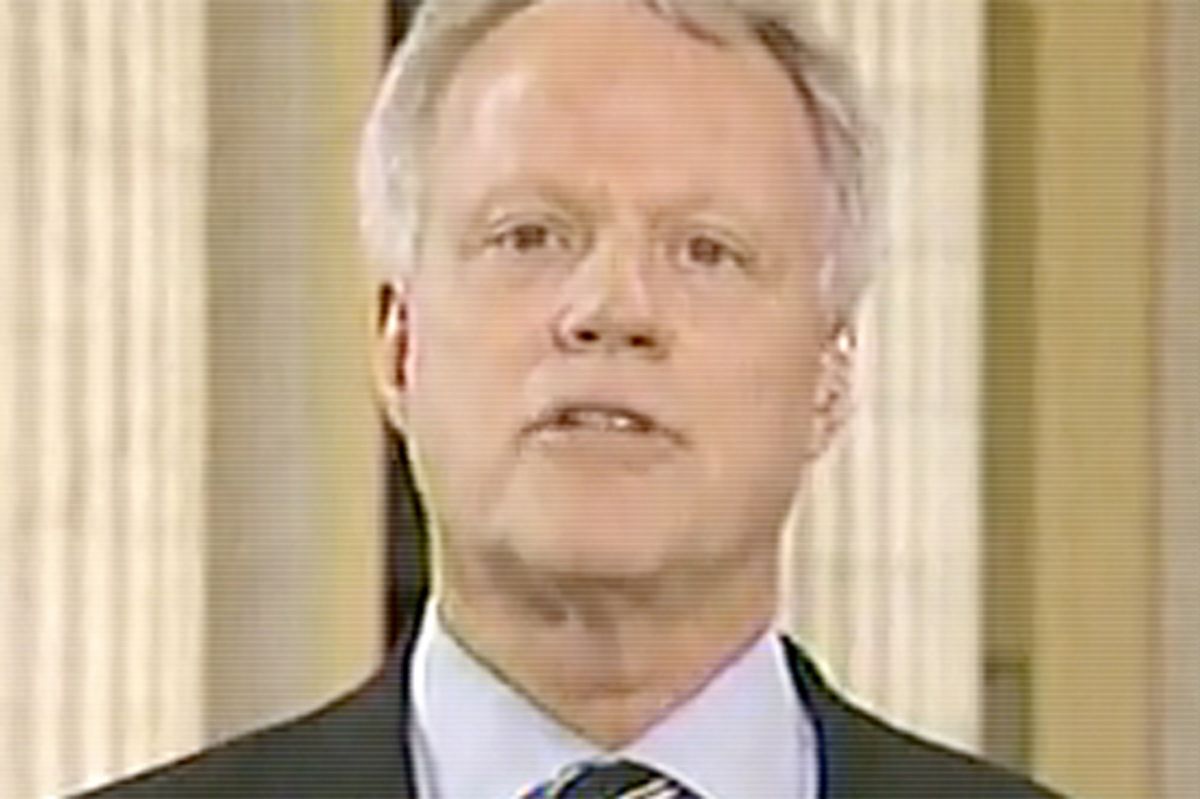 Three days after a town hall event in which a questioner asked him "who's going to shoot President Obama," Rep. Paul Broun, R-Ga., has issued a statement condemning the remark as "abhorrent. "

But in an interview with Salon, Broun's spokesman is also disputing a local news account that reported Broun responded to the questioner by saying, " I know there’s a lot of frustration with this president."

"I was stunned by the question and chose not to dignify it with a response; therefore, at that moment I moved on to the next person with a question."

But that contradicts an account by the Athens Banner-Herald, the local newspaper that first reported the exchange. Banner-Herald reporter Blake Aued reported Wednesday that Broun had responded to the "shoot Obama" question by saying, "The thing is, I know there’s a lot of frustration with this president. We’re going to have an election next year." This account was written after Aued checked with Broun's spokeswoman, according to his story.

"Blake misquoted it slightly. Broun moved to the next question, and then someone asked a question somehow related to that -- about, what's going on with President Obama or something like that. The congressman actually did not respond to the gentleman who asked [the original] question."

Blake Aued told me in an e-mail that he has not heard from Broun's people asking for a correction. (And it's also worth noting that that story has been online for three days.) So at this point, we have two different accounts of what happened.