In an article about the EPA, the Temple Daily Telegram noticed considerable similarities to an older Times story 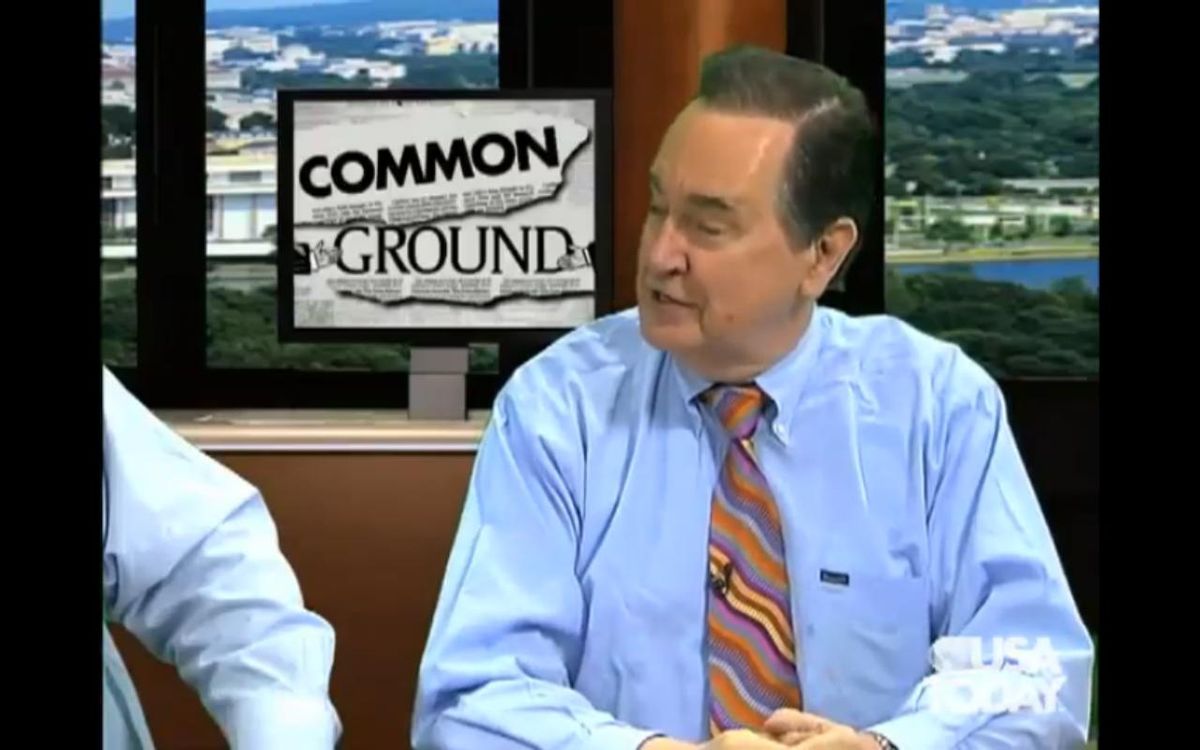 Syndicated conservative columnist Cal Thomas might have plagiarized an article from the New York Times for a column that ran yesterday, says a Louisana newspaper editor.

Carroll Wilson, managing editor of the Temple Daily Telegram, opted not to run Thomas article this week based on the belief that some of the writing had appeared before in the New York Times. Wilson sent a letter to Thomas' managing company, Tribune Media Services, saying the Times "had a story on this subject with wording Thomas has usurped." Jim Romenesko at Poynter.org contacted Thomas's editor, who said none of his other clients had complained. Below is Wilson's full letter to Thomas' agency, and the two articles in question.

From CARROLL WILSON, Temple Daily Telegram, Temple, Texas: Has anyone else pointed out that Cal Thomas’ recent column on the price put on a human life is essentially plagiarized from The New York Times? The Times had a story on this subject with wording Thomas has usurped. We were planning to run the column tomorrow. That column was spiked, and I will be looking very closely at every Cal Thomas column in the future, judging his work on a case-by-case basis.

The Environmental Protection Agency set the value of a life at $9.1 million last year in proposing tighter restrictions on air pollution. The agency used numbers as low as $6.8 million during the George W. Bush administration.

The Food and Drug Administration declared that life was worth $7.9 million last year, up from $5 million in 2008, in proposing warning labels on cigarette packages featuring images of cancer victims.

The Transportation Department has used values of around $6 million to justify recent decisions to impose regulations that the Bush administration had rejected as too expensive, like requiring stronger roofs on cars.

The Environmental Protection Agency (EPA) has set the value of a human life at $9.1 million. It reached this determination while proposing tighter restrictions on air pollution. During the Bush administration, EPA calculated our value at $6.8 million. Was the difference in price caused by inflation? The EPA didn’t say.

The Food and Drug Administration (FDA) arrived at its own figure for the value of an American life. It says each life is worth $7.9 million. That, too, is an increase from the $5 million value FDA had assigned each human American life in 2008. The agency calculated our value while proposing new and tougher warning labels on cigarettes that include pictures of cancer victims.

The Transportation Department — yes, Transportation — put our worth at $6 million while seeking to justify recent decisions to impose regulations the Bush administration had rejected as too costly, such as stronger roofs on cars.

What do you think? Is it plagiarism? Let us know in the comments.