Bow to Casey Abrams, your most unlikely "Idol" yet

He's a jazz bassist with a weird beard. He's also the most talented person Randy Jackson's ever met 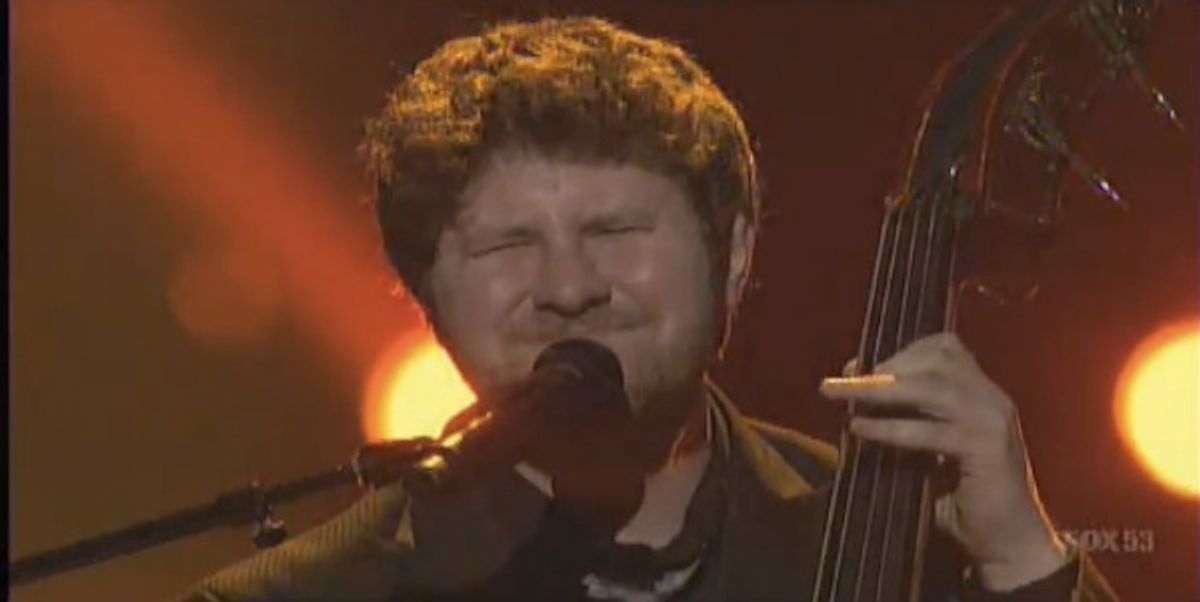 After learning that he had made it into the Top 24 on "American Idol" last night, jazz bassist and super talent Casey Abrams knocked over a chair, had an awkward almost-cheek-kiss with Steven Tyler, and then went to the hospital. According to TMZ, the singer was admitted for severe stomach pains less than five hours after Randy Jackson told him that the show "has never had a musician as talented as yourself."

"I just want to show the world that guys like me are sexy," said the wacky-haired and be-bearded Casey, who looks like he just graduated from Oberlin College (and I'm saying that as someone who did the same, no big deal). His most recent performance was a smoky rendition of "Why Don't You Do Right" by Kansas Joe McCoy but popularized by Jessica Rabbit:

Casey seems like such a shoe-in to win "Idol" that you know something's going to go wrong: You don't just get told you're the best person -- not only of the season but in the entire history of the show -- without the network needing to shake things up. Otherwise, why not just end the contest now?

Casey plans on performing tonight because the show must go on and he is a friggin' rock star, but I'm kind of worried that once he's out of his be-bop element (say, if they have him perform a rock ballad or something by Bieber), Casey will fall on his great Nordic face and curse the mighty Thor for failing him.