You think you've seen crazy? Wait till you read the former "Two and a Half Men" star's original message to his boss 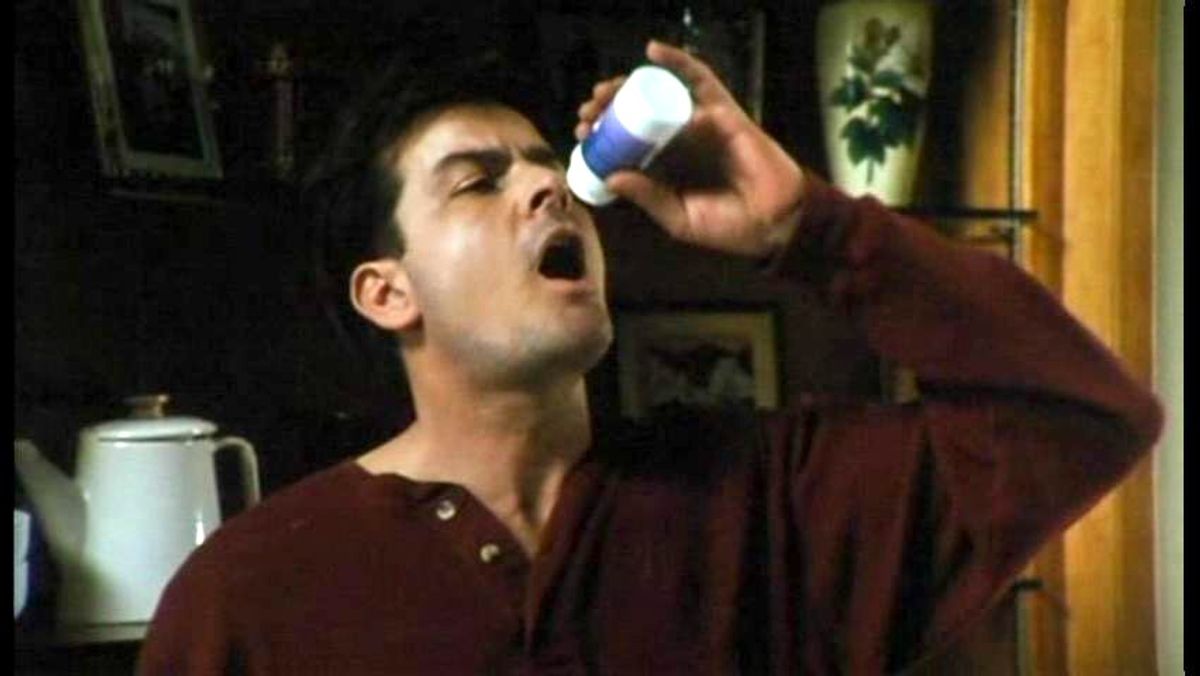 Congratulations, Charlie Sheen, you've managed to get more attention this week than Justin Bieber and the president combined! Now that "Two and a Half Men" creator Chuck Lorre has decided to shut down your top-rated program following your diatribe against him on "The Alex Jones Show,"  the most obvious path to take would be to lie low, maybe go to rehab? Blame it on the ah-ah-ah-alcohol, baby?

Nope! Not you, Charlie Sheen. You don't half-ass your crazy, and there is something respectable about that (no there's not). So instead you wrote an open letter to Lorre and  handed it over to TMZ. Of your own accord! Who scoops themselves to TMZ? Charlie 'effing Sheen, that's who. It's just bananas.

What does this say about Haim Levine [Chuck Lorre] after he tried to use his words to judge and attempt to degrade me. I gracefully ignored this folly for 177 shows ... I fire back once and this contaminated little maggot can't handle my power and can't handle the truth. I wish him nothing but pain in his silly travels especially if they wind up in my octagon. Clearly I have defeated this earthworm with my words -- imagine what I would have done with my fire breathing fists. I urge all my beautiful and loyal fans who embraced this show for almost a decade to walk with me side-by-side as we march up the steps of justice to right this unconscionable wrong.

Remember these are my people ... not yours ...  we will continue on together...

But maybe you're savvier than we think, Charlie Sheen, because we hear that this missive actually went through several rewrites, and we were lucky enough to get our hands on the first draft.

Stop trying to use your mind control on me! You disguise it with fancy words like "rehab" and "psychotic," and not only have I been aware of your plans for 177 episodes now (1+7+2 and a half men = 9 and another 2 and half men rounds out to be about 11, 9/11 truth forever, you HEAR ME OBAMA?!), but I have gracefully ignored both you and the chip you implanted in my molars that tells the government what I'm thinking.

I take one little, tiny shot at the guy who has made me one of the most successful television actors in history by publicly calling him a turd clown and telling the world that I humiliate him in front of his children in a tin can (that's right! Tin can!), and what does he do? He shuts down my show because he cannot handle the truth, which is a term I just made up.

Another thing Chuck can't handle? My dick. I call it Emilio.

I cannot wait, sir, until your travels of pain lead you to my secret octagon lair, where my team of prostitutes trained in the art of killing and sex (I call them Charlie's Devils, which is a play on some words I also I just made up) will turn you into a wormy maggot that I can destroy with my hands that have turned into fireballs again.

Again?! Jesus Christ, someone put my hands out, they are on fire!

Anyway, back to you, loyal fans. You need to fight the power on this one, and summon the courage of God and Justice and, well, not that p-ssy Thomas Jefferson or the guy who founded AA , but Jesus maybe and also my character from "Hot Shots!"

For if America is a country where a man is not free to pursue his dream of doing so many drugs his heart stops, without any consequences whatsoever from the TV staff whose livelihood depends entirely on his ability to get his shit together and whose children will go hungry because this guy can't stop carrying around briefcases full of cocaine, than that's not the America I was raised to believe in.

Remember Chuck, these are my people, not yours, and you can't have them back because I've taken their souls hostage using an old technique I learned from Eric Roberts when we met up that time down in Tijuana for a peyote eating contest gardening expo. But that's a story for another time.

So in summary: Peace, die in a hole, never forget **drops mic**.