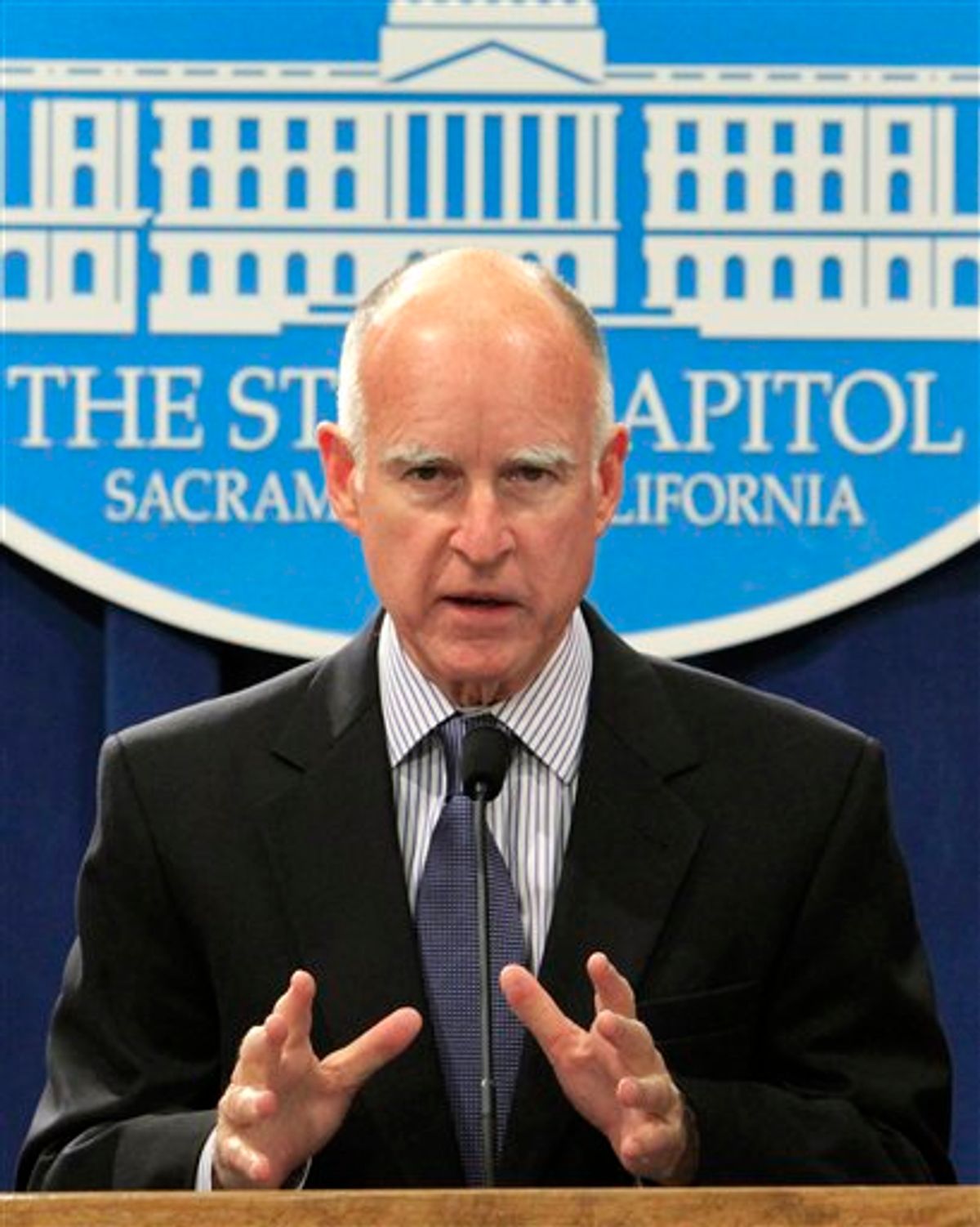 Gov. Jerry Brown announces that he is dropping a plan by former Gov. Arnold Schwarzengger to sell 24 state government buildings to private investors, during a Capitol news conference, in Sacramento, Calif., Wednesday, Feb. 9, 2011. Brown said the plan to sell the buildings, for $2.3 billion and them rent them back, didn't make any sense because of the high cost of the rent. (AP Photo) (AP)
--

California's Imperial County has renewed its effort to defend the state's gay marriage ban in a federal lawsuit.

The sponsors of Proposition 8 so far have taken the lead in defending the voter-approved law in court, after former Gov. Arnold Schwarzenegger and former Attorney General Jerry Brown refused to do so.

But the sponsors' right to keep defending the law recently came under question, threatening the viability of the case before the 9th U.S. Circuit Court of Appeals.

If successful, the move by Imperial County could salvage the appeal, allowing county officials to step in as the primary defendants if the sponsors are removed.

Imperial County officials claim they should be allowed to intervene as defendants, saying they are directly affected by the law because they would be forced to perform gay marriages.

But the appeals court dismissed the request last month, questioning why the head county clerk, who issues marriage licenses, wasn't part of the case. Then Imperial County Clerk Dolores Provencio declined to join.

Now the county has elected a new clerk, Chuck Storey, who filed papers Friday seeking to join the defendants.

The 9th Circuit court currently is mulling the constitutionality of the 2008 ban that was struck down in August as a violation of gay Californians' civil rights. But the three-judge panel said in January it can't reach a decision until it knows if ballot proposition sponsors have legal standing to step in when the attorney general and governor refuse to defend voter-approved initiatives in court.

The California Supreme Court agreed last week to consider the standing issue and rule on the 9th Circuit question.