Are the Muppets turning into hipsters, or were they just early adopters? 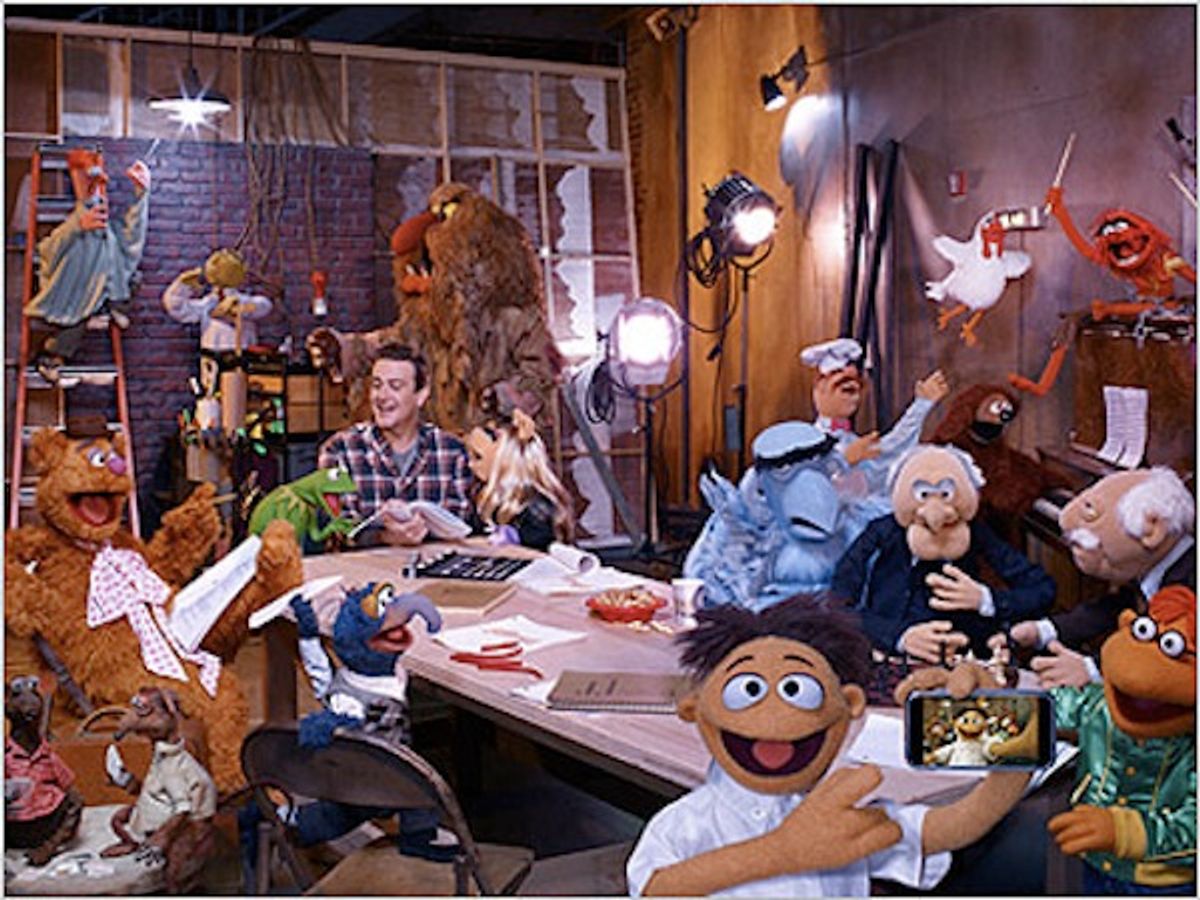 Yesterday, the Muppets came out with a new viral video, covering LCD Soundsystem's "Dance Yourself Clean." I guess I shouldn't have been surprised they didn't decide on "Wake Up," since the Muppets are totally over Arcade Fire right now. You see, the Muppets have grown from a beloved childhood variety show into a bunch of hipsters.

Let's look at the evidence: In 2007, after years of abandonment from their former Gen-X to Gen-Y fan base, someone named "Sad Kermit" uploaded a video of the Muppet re-creating Johnny Cash's version of Nine Inch Nails' "Hurt." It was the "It's Not Easy Being Green" for 20- to 30-somethings, and at first, just evidence that someone out there knew the humor behind an "emo frog."

The same year, Kermit and Rowlf posted a reaction video to "2 Girls 1 Cup." They looked sort of ... different, but then again, time ages everything, even Muppets. Interestingly, even though some of these were fan-made videos and obviously not the real deal, the Muppets didn't deny their involvement. Which were the "authentic" Muppet videos, and which were made by nostalgic fans? The official stance seemed to be saying that it really didn't matter, that we were all now part of the Muppet collective. If anything, they embraced YouTube and their resurgent popularity in the medium.

Then there was Beeker giving a strangely compelling non-vocal version of "Dust in the Wind," which turned out to be subversive commentary on YouTube trolls.

And it wasn't just viral videos. Kermit starting appearing on shows like VH1's redefining "I Love the 80s." A couple of them sang with Cee Lo Green and Gwyneth Paltrow at the Grammys. Cookie Monster (OK, he's from "Sesame Street" but same deal) came onstage with Jeff Bridges for an opening "Saturday Night Live" monologue. They hung out with Sarah Silverman. But mainly what the Muppets did was release video after video online of everything from "Poker Face" to an audition reel from "Lost."

Oddly, this Muppets revival didn't mean that they were "back": there was still no "Muppet Show" and we had no idea if they were actually promoting anything, or just, you know, being hip and ironic and pop culturally relevant. (Maybe they have a Muppet trust fund?) They weren't trying to sell us something, but they were inserting themselves in the cultural dialogue, and in the cleverest way possible: the Internet.

During this time, "Freaks and Geeks" star Jason Segel announced that he was writing and directing a new Muppet film, and suddenly it clicked into place. Maybe the past three years have been a long-con of viral marketing, all leading up to this new Muppet movie, "The Muppets," which Segel claimed would have a "fresh, younger approach." The film will have cameos from such hipster favorites as Zach Galifianakis, Ricky Gervais, Jack Black and Donald Glover. But don't accuse them of selling out, or pandering to their new fan base, because the "Muppet Show's" earlier films always had cameos from relevant and funny stars. So maybe the Muppets aren't hipsters. Maybe hipsters just learned a lot from watching the Muppets.

In the '70s, Muppets were able to blur the boundaries between adult and kid entertainment. What's great now is that they don't have to: With a love for all things nostalgic, as well as the cultural parodies and "winks to the audience" that Jim Henson's creations were known for, the Muppets won't have to change at all to fit into our current definition of "hipsters."