The King's Speech, The Social Network, Black Swan, The Fighter, Toy Story 3 and Inception are among the nominees 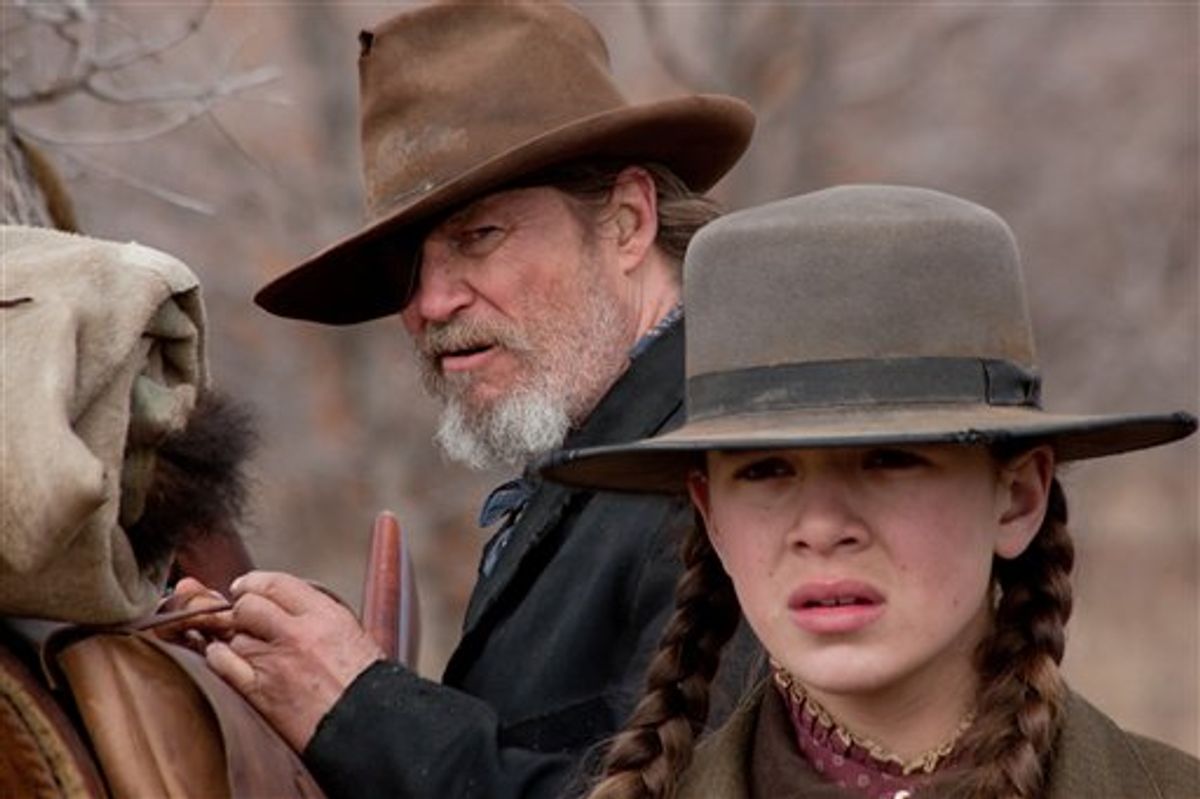 In this undated film publicity image released by Paramount Pictures, Jeff Bridges, left, and Hailee Steinfeld are shown in a scene from "True Grit." The film was nominated for an Academy Award for best film, Tuesday, Jan. 25, 2011. The Oscars will be presented Feb. 27 at the Kodak Theatre in Hollywood. (AP Photo/Paramount Pictures) (AP)
--

The Oscars are tonight, which means you're running out of time to see "Winter's Bone." We'll be covering the show Sunday night in real time, but before then we're putting together a reminder list of the films that were nominated in each category. Here are the 10 movies made in 2010 nominated for best picture.

"The Kids Are All Right" -- Lisa Cholodenko