Rumsfeld refuses to deny being a lizard person

Louis C.K. asks the tough questions as an ill-advised interview with the former defense secretary takes an odd turn 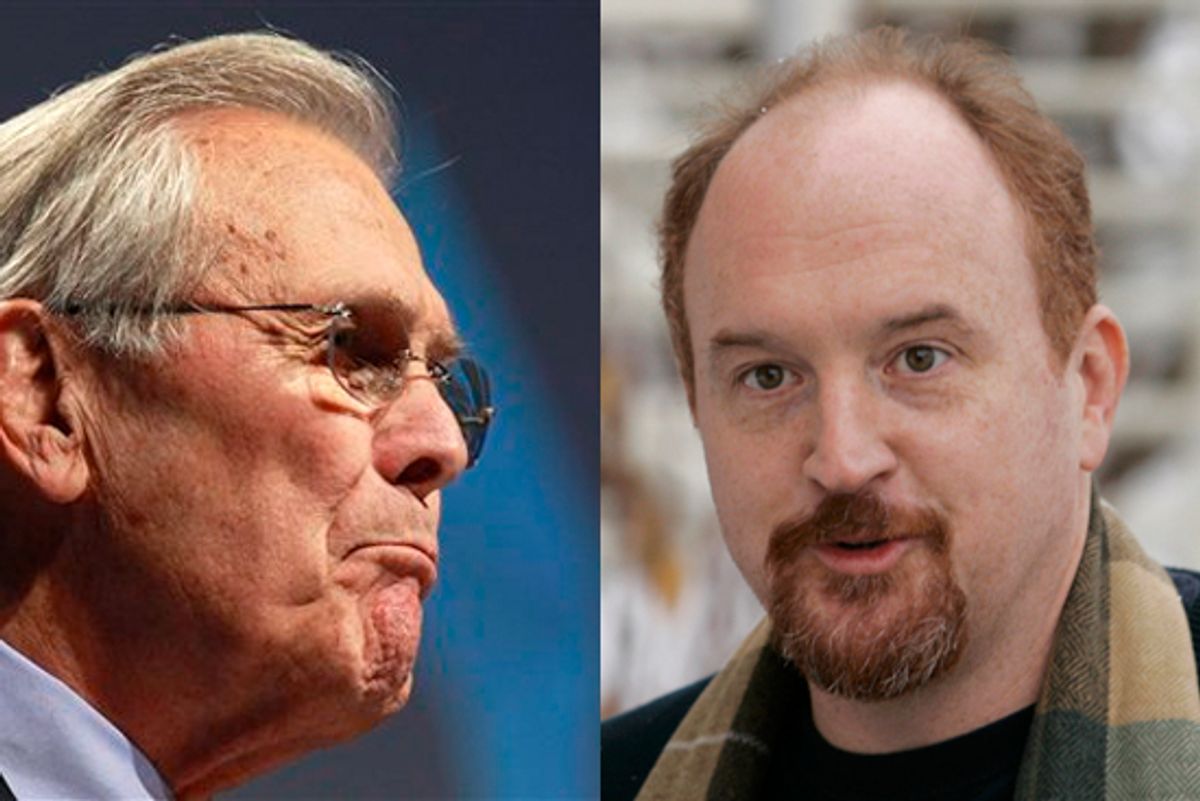 Donald Rumsfeld's book tour is probably making him miserable. Here's a guy with deep contempt for the press in general subjecting himself to impudent questioning of his decisions, and this doesn't seem like a man who feels the need to justify his decisions. He even had to pretend to enjoy a discussion with Jon Stewart.

But, honestly, I don't understand what led him to actually call in to "The Opie and Anthony Show." I mean, there was some interesting, informative discussion of Rumsfeld's history and politics and so on. I think. But all anyone will remember is that comedian Louis C.K. repeatedly asked Rumsfeld if he was a lizard person.

This is an edited version of the interview, as uploaded by Louis C.K.:

It is definitely worth a listen. Rumsfeld never once denies that he is a lizard person from outer space.

C.K. is referencing the theories of former sportscaster and internationally renowned conspiracy researcher David Icke, who has worked for years now to expose the shape-shifting reptilian Anunnaki gods from the constellation Draco. Disguised as humans, they secretly rule the world. For more, seek out Jon Ronson's documentary about Icke, which is is available on YouTube. (Also you can just watch videos made by the people who believe these things.)