The DOJ's creeping war on whistle-blowers 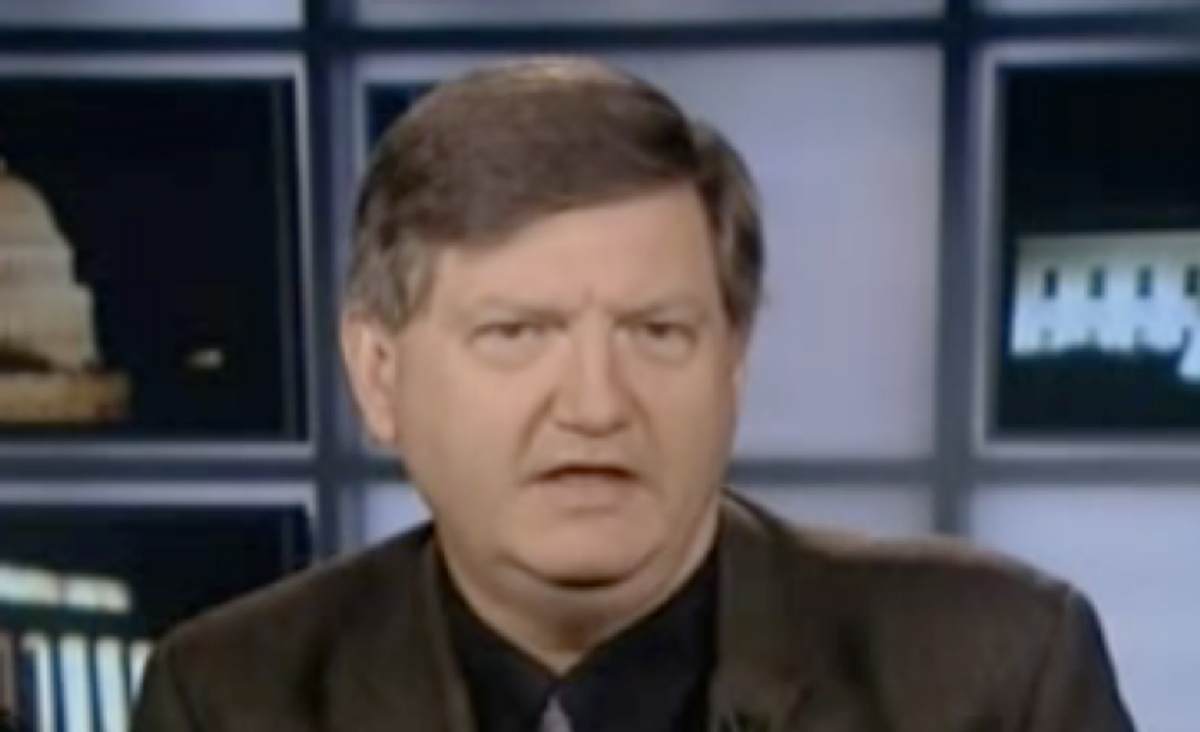 James Risen appears on "Countdown with Keith Olberman" on MSNBC in 2009.
--

Last April, the DOJ served a subpoena on New York Times reporter James Risen, demanding to know his source for a story he published in his 2006 book regarding a "reckless" and horribly botched CIA effort to infiltrate Iran's nuclear program.   That subpoena had originally been served but was then abandoned by the Bush DOJ, but its revitalization by the Obama administration was but one of many steps taken to dramatically expand the war on whistleblowers being waged by the current President, who ran on a platform of "protecting whistleblowers":

Those pretty words have given way to the most aggressive crusade to expose, punish and silence "courageous and patriotic" whistleblowers by any President in decades.  As the Federation of American Scientists' Steven Aftergood put it, "They’re going after this at every opportunity and with unmatched vigor."  And last May, The New York Times described how "the Obama administration is proving more aggressive than the Bush administration in seeking to punish unauthorized leaks."  This war has entailed multiple indictments and prosecutions of Bush-era leaks which exposed various degrees of corruption, ineptitude and illegality.  And, of course, the Obama administration's preoccupation with destroying WikiLeaks -- which has led it to boast of efforts to prosecute the group for publishing classified information (which other media outlets do every day), target WikiLeaks supporters with invasive harassment, and even subpoena the Twitter accounts of several WikiLeaks associates, including a sitting member of the Icelandic Parliament -- has been well-documented.

But it's the DOJ's increasing willingness to target journalists as part of this crusade that has now escalated its seriousness.  Last month, the DOJ claimed it had found and arrested Risen's source:  Jeffrey Sterling, a former CIA agent who left the agency in 2002 (he now works in the health insurance industry).  As part of Sterling's criminal proceedings, it was revealed yesterday that federal investigators had secretly obtained Risen's bank records, information about his phone and travel activities, and even credit reports to unearth his source:

Federal investigators trying to find out who leaked information about a CIA attempt to disrupt Iran’s nuclear program obtained a New York Times reporter’s three private credit reports, examined his personal bank records and obtained information about his phone calls and travel, according to a new court filing.

The scope and intrusiveness of the government’s efforts to uncover reporter James Risen’s sources surfaced Thursday in the criminal case of James Sterling, a former CIA officer facing federal criminal charges for allegedly disclosing classified information. . . . The revelation alarmed First Amendment advocates, particularly in light of Justice Department rules requiring the attorney general to sign off on subpoenas directed to members of the media and on requests for their phone records.

First Amendment advocates said the Justice Department’s use of business records to find out about Risen’s sources was troubling. Those records, they argue, could potentially expose a wide array of Risen's sources and confidential contacts -- information that might fall beyond the initial investigation that led to Sterling’s indictment . . .

"To me, in many ways, it’s worse than a direct subpoena," said Jane Kirtley, a University of Minnesota law professor and former director of the Reporters Committee for Freedom of the Press. "Third-party subpoenas are really, really invidious. . . . Even if it is targeted, even if they’re trying to just look at the relevant stuff, they’re inevitably going to get material that exposes other things."

Covertly obtaining and then digging through the phone, banking, and travel records of journalists is about as extreme a step as can be taken in trying to detect and punish whistleblowers.  By itself, the chilling effect on a free press is substantial and obvious -- what whistleblowers would speak to reporters if  they know their most private records can be so easily invaded by the Government? -- and the invasion of privacy which a journalist has to endure for doing his job is immense.

But what makes this conduct particularly indefensible is how the Obama DOJ is venturing back into the past to dredge up these forgotten episodes.  Sterling hasn't worked for the Government or had a security clearance in more than 8 years.  The alleged leak took place in Bush's first term.  Disclosure resulted in substantial embarrassment for the U.S. but -- given the utter failure of the operation -- no identifiable national security harm.

For a President who insists that we must "Look Forward, Not Backward" -- when it comes to investigating war crimes by high-level Bush officials -- this anti-whistleblower assault reflects not only an obsession on preserving and bolstering the National Security State's secrecy regime, but also an intense fixation on the past.  And increasingly extremist weapons -- now including trolling through reporters' banking and phone records -- are being wielded to achieve it.  As Thomas Jefferson warned long ago:  "Our first object should therefore be, to leave open to him all the avenues of truth. The most effectual hitherto found, is freedom of the press. It is therefore, the first shut up by those who fear the investigation of their actions."

I'll be returning home tonight and normal posting will thus resume over the weekend or on Monday.  Speaking of obsessions with destroying whistle-blowing, I was on The Colbert Report last night talking about the HBGary/Hunton & Williams scheme to target WikiLeaks supporters.  The first segment is Colbert's incisive (and quite amusing) monologue on the story, and the second is the interview with me which immediately followed it: