The site has a reputation for feeding envy, but unwed females say it can validate their choice to put career first 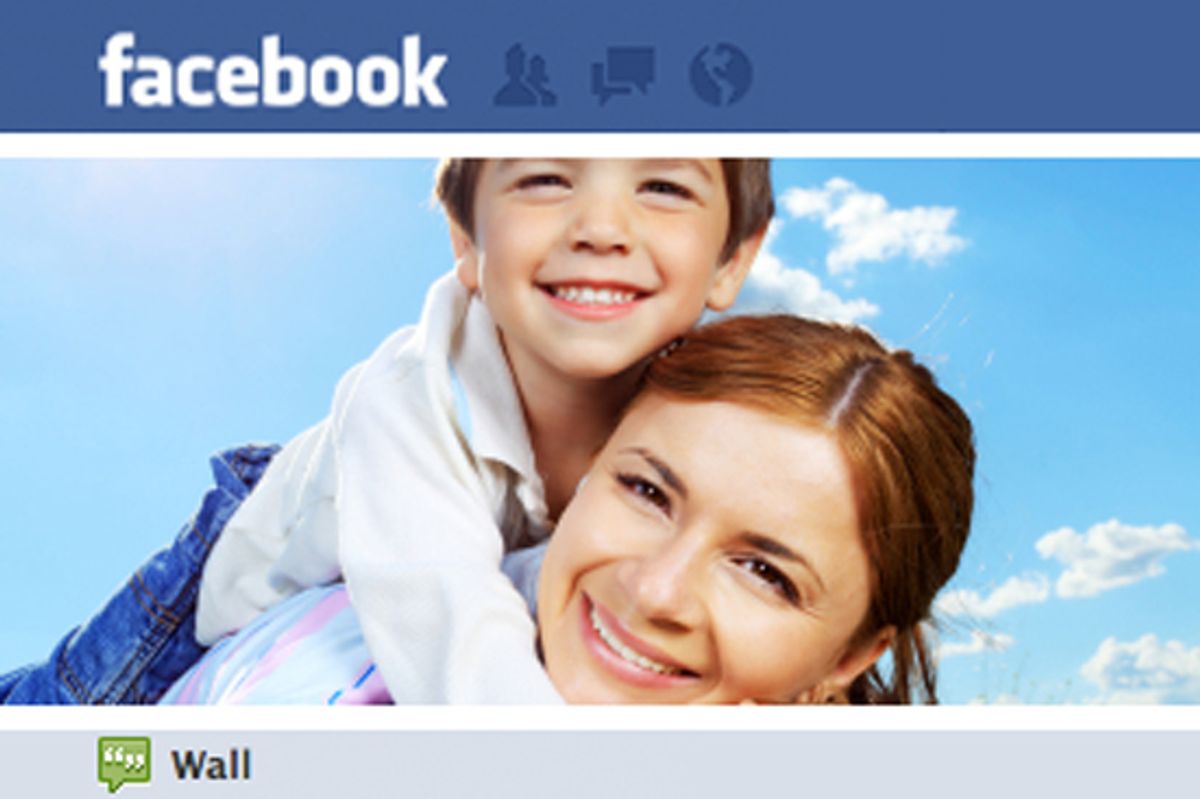 When you think of a successful woman in her 30s clicking through Facebook photos of her high school boyfriend's wedding or her married friend's new baby, the assumption is likely that she's filled with jealousy and regret. The social networking site has a reputation for feeding envy, after all, and the pressure young women face to get hitched and have kids is the stuff of popular romantic comedies. What's interesting, though, is that I've found the opposite is often true.

My friend Katherine is successful, dynamic and fiercely intelligent -- but, unmarried and childless at 32, she feels pressure from some to hurry up and achieve something that really matters: settling down and having kids. There is nothing new about a woman wondering if she's sacrificed her love life for her career -- but what is new is how Facebook is allowing these women to compare how their life choices have panned out with those of their peers, and sometimes it's actually validating.

Katherine recently told me, "I go on there and I see these beautiful, intelligent women that I grew up with and they're all married to these accountant types who wear polos and golf on the weekends. Yes, they have kids, a home and a husband -- but it just looks so painfully, unbearably boring." Granted, the whole truth is that she also sometimes feels jealousy -- for instance, when a friend who is married with a baby posts about "drinking a glass of wine and eating oysters with her husband at their cute house with the bathroom they just remodeled themselves." She says, "I can see that I have sacrificed relationships and family for career success, and seeing my peers with their kids on Facebook certainly amplifies that."

Despite all the choices available to women today, many still fret that in putting their career first and worrying about marriage and kids later they will ultimately miss out on the latter. There is a biological reality behind these concerns, but there are also plenty of cultural myths and trumped-up anxiety -- the lonely cat lady who dies without anyone noticing and ends up being eaten by her hungry companion, for example -- that serve as cautionary tales. The warning, of course, is that we will be punished for being too ambitious and going against our basic nature. Given the high stakes, it's no surprise that this often leads to comparisons and competition -- and Facebook serves as a virtual looking glass through which to explore the path not taken.

"C," a 30-year-old program director of a community foundation in Iowa, tells me by e-mail, "I look through all their photos (babies, babies, babies) and feel so thankful now that I didn't continue following that life path," she says. "It actually helps affirm my own choices." That said, "Every so often I'll get a comment from an 'old friend' or family member that implies something along the lines of 'Don't you wish you had children' or 'You'll meet a nice fellow some day,'" she says. "But based on what I see on [Facebook], there is no way I want to join the ranks of the mommies and wives." It's "helped me really crystallize in my own mind who I want to be, because I've seen so many examples ... of who I don't want to be."

Kelly, a 31-year-old who works at a reproductive rights nonprofit, is from a small town where many people never leave and she says her life now is "worlds apart" from the lives of the people she went to high school with. "I may not own a house, have a husband or two children, but I never wanted those things, and based on our Facebook profiles I seem to be having a much more exciting life," she says. "Reading someone's status update about how noisy baby clothes are in the dryer actually makes me a little sad -- of all the things you could have said on Facebook this week, that was what stuck out for you? Depressing."

Even some stay-at-home mothers criticize their mom-friends for coming across as too baby-crazy on Facebook. "I am skeptical of women who use a photo of themselves with their baby as their primary photo, or even worse, just a photo of their baby instead of themselves," says Susan, a 31-year-old writer. "It seems to be a way of putting your identity as a mother front and center as the most important fact about yourself. I know a lot of women who have very interesting careers -- or once had them and later gave them up to have children -- and every single thing they post all day long is about their baby." In fact, that was the subject of an essay by the ever-controversial Katie Roiphe unambiguously titled, "Get Your Kid Off Your Facebook Page." She wrote, "The subliminal equation is clear: I am my children."

These remarks sound harsh -- but that's not surprising when you consider that women are constantly told they will be punished for choosing a career over their love life. (See: Lori Gottlieb's "Marry Him: The Case for Settling for Mr. Good Enough.") On the other hand, the grueling and supremely important work that stay-at-home moms do is derided (and that's not to mention the many work-life variations that fall somewhere in-between). This creates the same sort of divisiveness that we saw in the overhyped Mommy Wars. The truth is that there are plenty of single career women who do longingly click through their married friends' baby photos; and plenty of married moms cringe at their single friends' status updates, while others are filled with self-doubt. As Susan puts it, "Facebook can certainly make the life of a single woman seem far sexier and more exciting than my own and that can make me wonder if I settled down too early even though I am generally very happy with my husband."

Of course, Susan's single friends assure her that their lives are not as glamorous as they seem. Indeed, Katherine points out that you can craft "a brilliantly self-styled P.R. campaign" on Facebook. "Here I am, sitting in traffic, getting home to my tiny one-bedroom apartment, and eating macaroni and cheese after an 11-hour work day," she says. "But I don't post things about traffic, or sitting in my pajamas watching 'Top Chef' on Facebook! I write status updates about attending premiere parties and meticulously select profile pictures. I have to believe it's all relative."

Just as Facebook distorts reality, the idea that there is a "right" choice for women to make is a false one. "I see women every day who struggle to run a department at a television network, and literally run out the door to get home to pick up their kids from after-school programs, and I still get e-mails from them on my BlackBerry at 12 a.m.," Katherine says. "The choices and pressure never go away."