"30 Rock," Charlie Sheen and ice cream made out of breast milk. Here is everything we're conflicted about this week 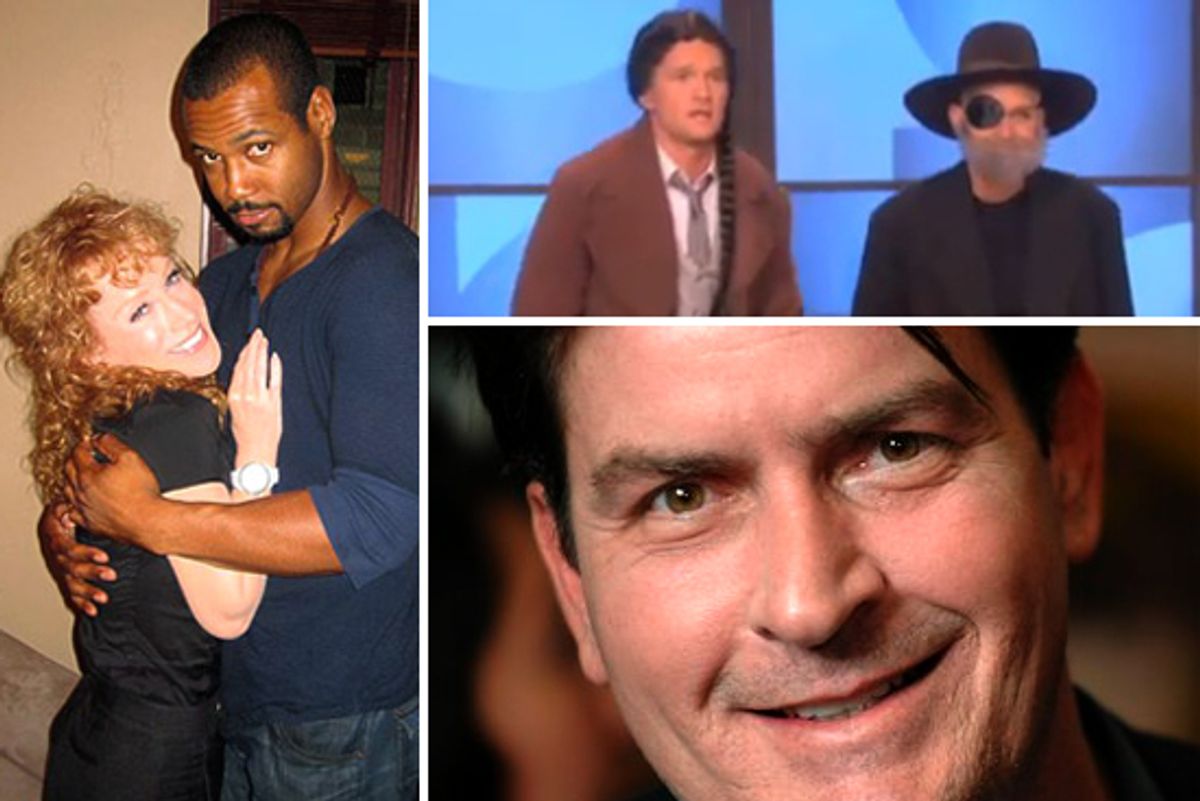 It's Oscars weekend, and this year is expected to draw in big ratings, thanks to its young hosts, James Franco and Anne Hathaway. It's going to be like the Super Bowl, except Christina Aguilera won't be there to screw everything up. So that is a positive. The rest of this week, though? We still aren't too sure about it.

1. Kathy Griffin dating Isaiah Mustafa, the Old Spice Guy: Um, maybe? Probably a joke, like Chelsea Handler and 50 Cent. But if not, think about how awesome that would be for Kathy Griffin. You go, girl!

2. James Franco and Anne Hathaway's little viralvideos before the Academy Awards: We get it, you guys are cooler than Billy Crystal and Whoopi Goldberg. Does that win feel good?

3. All the tepid golf claps over Thursday's "30 Rock" episode, "TGS Hates Women": Can we just agree that Chloe Moretz was the best part of the whole episode?

4. Neil Patrick Harris and Ellen spoofing all the Oscar nominees: We found their "True Grit" to be passable, but Ellen's turn as the Winklevosses in "The Social Network" will go down as the breakout performance of the year.

5. Breast Milk Ice Cream: It's on like flan. If flan was made out of breast milk. (And if you pronounced it "flon" and not "flaaaayn.") I'm not touching it, but that's because I'm lactose intolerant. You guys go right ahead.

6. "I Am Number Four's" Alex Pettyfer might be insane: He got dumped by girlfriend/fiance/co-star Dianna Agron and then attended a premiere of his film "Beastly" while his house was on fire. So ... he's single now, is what you're saying?

7. Kanye West's roller-coaster of tweets: First he made that gold digging abortion comment, and then he tweeted a pic of the stuff he handed over at airport security. The stuff included some Zappos boxes and a lot of gold chains, which was actually kind of awesome.

8. Dior's head designer John Galliano assaulting a couple and hating Jews: Well, now I have a reason to not buy Dior, other than "I can't afford it."

10. Charlie Sheen: Oh god, there's so much stuff going on here, it would take a month to unpack all the crazy. He's like the James Franco of train wrecks, but at least it's interesting. Latest development? Charlie says he's getting his own show on HBO, and HBO is like "nope."