As a federal government shutdown looms large, many states worry what it would do to their fragile economies 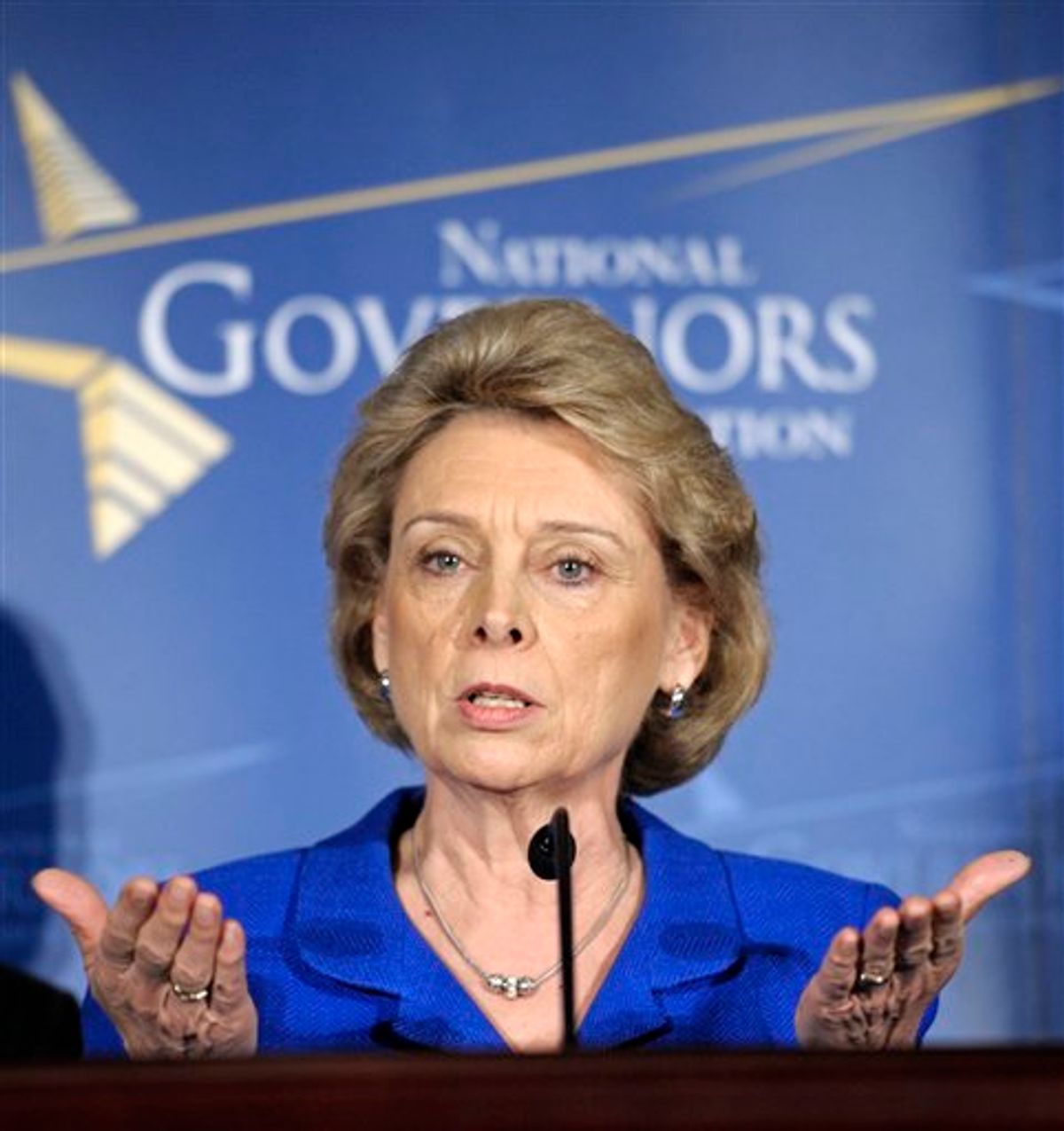 Their states on the brink of financial catastrophe, governors pleaded Saturday for the divided federal government to avoid doing anything that would hamper the tenuous economic recovery back home.

Their message to Washington: prevent a government shutdown, abstain from spending cuts that dramatically will affect states and end even preliminary discussions about allowing states to declare bankruptcy.

"Anything that Congress does that will undermine our recovery is quite troublesome to us," said Washington Gov. Christine Gregoire, head of the National Governors Association, as she opened the bipartisan group's winter meeting. "We're asking for cooperation."

"We don't need a hiccup now in our recovery," she added. "We are fragile."

States have made $75 billion in budget cuts and raised taxes by $33 billion over the past two years to make up for budget shortfalls caused by the recession. Governors drained reserve cash funds and oversaw several rounds of severe budget cuts, so much so that Republicans and Democrats alike now are focused on how to completely remake state governments.

The overall economic situation in states is improving.

"Recovering, not recovered," as Massachusetts Gov. Deval Patrick, a Democrat, put it.

Over the next two-and-a-half years, states face an estimated $175 billion more in budget gaps that they have no choice but to fill. The hole is caused partly because an initial infusion of cash from President Barack Obama's economic stimulus law, as well as extensions of that money, will dry up in June. States received $103 billion in Medicaid money and $48 billion in education dollars to soften the recession's blow.

Gregoire and the NGA's vice chairman, Gov. Dave Heineman, R-Neb., recently met with House and Senate leaders as well as Health and Human Services Secretary Kathleen Sebelius, and asked them to be mindful of how the loss of the money, as well as further spending cuts, could hurt states.

The warnings come just as the Commerce Department reported that state and local responses to the fiscal crisis were undercutting the national recovery, slowing economic growth. Governors said the report only proved their point.

"For two years, governors have said when we cut we impact the recovery," said Gregoire. "We know we have to make the cuts, but we can ill afford to have Congress on top of that cutting us more because the result will slow the recovery in our home states and in the nation."

Arkansas Gov. Mike Beebe, a Democrat, noted that unlike the federal government, states are required to balance their budgets. Noting the painful cuts, he said, "We don't have any choice."

To ease the pain, Maine Gov. Paul LePage, a Republican, urged the federal government to loosen regulations that he says are hindering the recovery.

"We can help our states and we can slow down the layoffs of a lot of the private sector jobs if the states are given flexibility," he said.

The governors met in Washington as Republicans who control the House and Democrats who run the Senate are in a high-stakes debate over the federal budget and trillion-dollar deficits.

GOP leaders have faced pressure from a contingent of newly elected tea party-supported lawmakers to cut spending even deeper than originally planned, setting up a clash with the White House and Senate Democrats over legislation necessary to keep the government running past this coming Friday's deadline.

There have been signs in recent days that the two sides are moving toward a compromise on spending cuts that would prevent a shutdown, at least for now.

But the progress did little to mollify governors, who sounded the alarm about a shutdown.

"It will definitely impact every state," said Beebe. Most states, he said, don't have the money needed to offset the loss of federal dollars targeted to the work force and children.

Also of concern to the governors was talk about allowing states to declare bankruptcy as a way of handling their growing piles of debt.

Some congressional Republicans, conservative groups, and potential GOP presidential candidates such as former House Speaker Newt Gingrich and former Minnesota Gov. Tim Pawlenty have floated the idea. But House Majority Leader Eric Cantor, R-Va., has spoken out against the idea, an indication it's not going anywhere.

"We have been clear," Gregoire said. "We don't even want the subject discussed, let alone to move it forward."

Governors are worried about the potential effect on the municipal bond market. They also said it would increase interest rates and mean higher costs to state government.

Connecticut Gov. Dannel P. Malloy, a Democrat, said it was "one of the most dangerous discussions we've had in a long time" and called any such proposal "the height of insanity."

Still, at least one broke ranks.

"It should be a discussion," said Mississippi Gov. Haley Barbour, joining other likely 2012 GOP contenders.

With Congress reconvening next week, the coming days will show just how much -- if at all -- lawmakers heed the governors' warnings.