The nationalism bias of journalists

Jack Goldsmith believes U.S. journalists are guided by allegiance to American interests, and that this is good 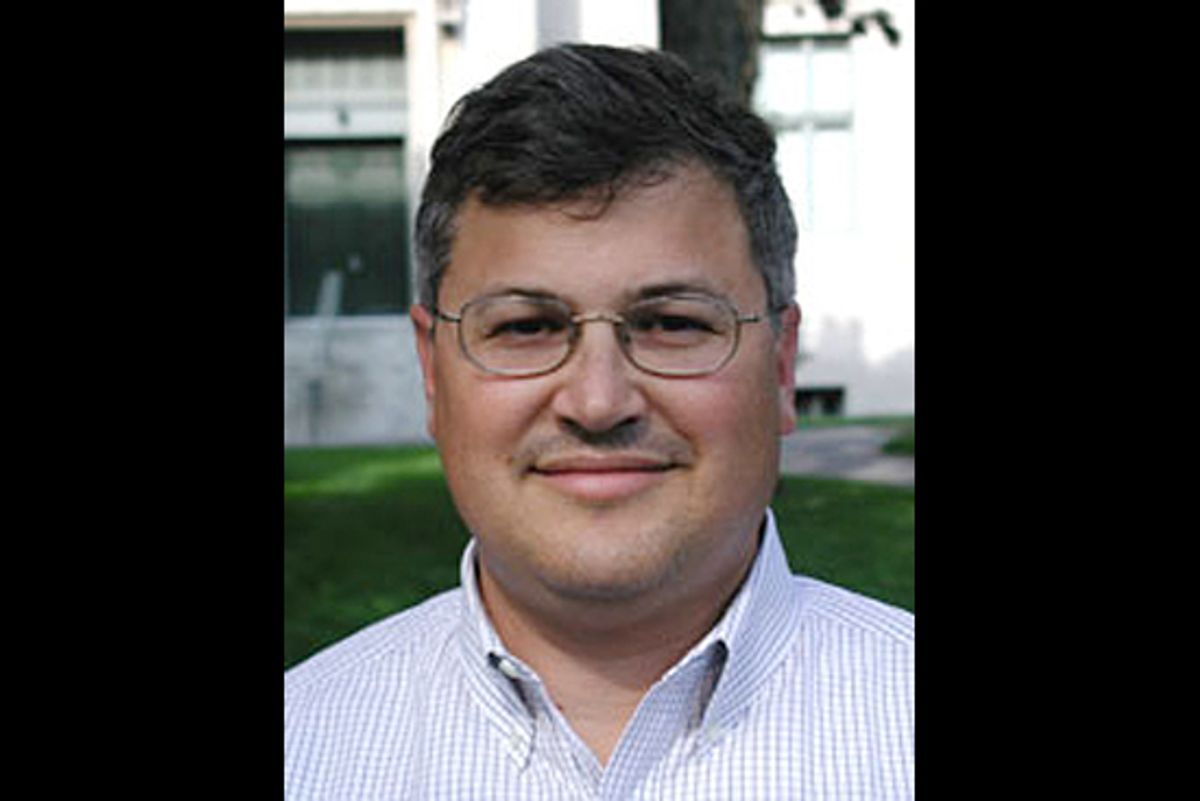 Former Bush OLC official Jack Goldsmith defends the decision of The New York Times and several other American media outlets to conceal from their readers that Raymond Davis worked for the CIA -- even though those papers published President Obama's misleading description of him as "our diplomat in Pakistan" and the NYT told its readers about what it deceitfully called "the mystery about what Mr. Davis was doing with this inventory of gadgets."  This concealment stands in stark contrast to The Guardian, which quickly told the truth about Davis to its readers.  But what's most notable is Goldsmith's reasoning.  He argues that this concealment reflects the fact that American national security reporters are "patriotic" -- by which he means they are driven by a desire to protect American "interests" -- and this, he believes, is a good thing:

As General Michael Hayden said last year in his comments on Gabriel Schoenfeld’s fine book on national security secrecy, the government is "kind of out of Schlitz" when trying to persuade the foreign media not to publish a national security secret. American journalists display "a willingness to work with us," he said, but with the foreign press "it's very, very difficult."

Note that Goldsmith isn't merely pointing out that American journalists are "patriotic" or "jingoistic" as individuals.  He's saying that these allegiances shape their editorial judgments.  And "patriotism" to Goldsmith doesn't merely mean some vague type of "love of country," but much more:  this "sense of attachment" creates a desire to advance "U.S. national security interests," however the reporter perceives of those.

Leave aside just for the moment the question of whether it's good or bad for American journalists to allow such nationalistic allegiances to mold their journalism.  One key point is that allowing such loyalties to determine what one reports or conceals is a very clear case of bias and subjectivity:  exactly what most reporters vehemently deny they possess.  Many establishment journalists love to tout their own objectivity -- insisting that what distinguishes them from bloggers, opinionists and others is that they simply report the facts, free of any biases or policy preferences.  But if Goldsmith is right -- and does anyone doubt that he is? -- then it means that "the American press" generally and "senior American national security journalists" in particular operate with a glaring, overwhelming bias that determines what they do and do not report:  namely, the desire to advance U.S. interests.

Indeed, Goldsmith's main point is that media entities that are free of this bias (he names The Guardian, Al Jazeera and WikiLeaks) are willing to disclose truths which "patriotic" American media outlets will conceal.  That, of course, is exactly what happened in the Davis case, and in so many other episodes as well.  Bizarrely, Goldsmith believes he's defending the American media by arguing that subjective policy goals and nationalistic loyalty are what drives their reporting.  But that "defense" is squarely at odds with how most reporters hold themselves out to the public:  as beacons of journalistic objectivity who do not allow their opinions or outcome preferences to shape what they report.  Goldsmith's factual premise is certainly correct:  nationalistic bias is a central ingredient in how American national security journalists and their editors "report" the news.

This was exactly the point I made the other day when highlighting a passage from NYT Executive Editor Bill Keller in his long article about Wikileaks and Julian Assange, in which he explained why the NYT published WikiLeaks documents.  Keller assured the public that -- despite publication of these documents -- "the journalists at The Times have a large and personal stake in the country's security" and are thus "invested in the struggle against murderous extremism."  Keller understands the War on Terror -- in which, he said, the NYT sides with the U.S. -- as one "directed not just against our people and our buildings but also at our values and at our faith in the self-government of an informed electorate."

Keller -- without even realizing it -- has ingested a whole slew of biases about the War on Terror:  that it's about a "struggle against murderous extremism"; that the Iraq and Afghanistan wars -- the subjects of the WIkiLeaks documents -- are designed to enhance "the country's security"; that The Terrorists hate us for our freedoms; that the War on Terror makes us safer; and that the U.S. is one of the Good Guys in the world (or at least the ones who deserve the allegiance of the NYT).  One is perfectly entitled to agree or disagree with Keller's premises, but whatever it is, that outlook is anything but "objective."

And now we arrive at the question of whether reporters ought to have these nationalistic biases.  There's certainly nothing wrong with journalists, as individuals, harboring feelings of patriotism or any other political outlook -- as long as it doesn't interfere in their journalistic duties.  One such duty is to inform their readers of what's newsworthy and to avoid misleading them; another key duty is to serve as an adversarial check on those in political power ("the Fourth Estate") rather than dutifully serving as their stenographers and propagandists.  And here is where Goldsmith's claims about what motivates these reporters becomes so problematic.

A desire to promote American policy or its "interests" will often directly conflict with core journalistic obligations.  It's often the case that disclosing the truth about the American government (a journalistic duty) will undermine the government's policy aims or subvert government "interests."  The same is true for serving as an adversarial watchdog on government officials: exposing their false statements and lies, uncovering their corruption and deceit, contradicting their propaganda; doing that can also undermine American interests.  Reporters who engage in journalism with the goal of advancing U.S. interests or promoting their nationalistic allegiance -- which Goldsmith suggests is the majority of them -- are engaged in activism and propaganda, not adversarial journalism.  That's fine, I suppose, if they acknowledge their biases, but those who are driven by these allegiances while pretending to be "objective" are engaged in a game of deceit.

Ultimately, the most important point here may be Goldsmith's recognition that the biases and concealments of the American media are becoming increasingly irrelevant.   That's because, as he explains, "the growing scrutiny of American military and intelligence operations by an increasingly powerful global media that is relatively indifferent to U.S. national security interests is an important reason why U.S. national security secrets are harder than ever to keep."  This is also why WikiLeaks is so vital: because, as Jay Rosen repeatedly points out, as a "stateless organization," they are free of the nationalistic allegiances which Goldsmith argues shapes (and restricts) the American media's reporting.

One can debate whether it's good that American media outlets are driven in their reporting by an allegiance to the U.S. government and what these reporters define as America's "national interests."  But what's not debatable is that this is far away from an "objective" press, and even further away from an adversarial one.  America's "establishment media" is properly described as such precisely because their overarching objective is to promote and defend establishment interests in what they report to -- and conceal from -- their readers.  That's precisely why so many people are increasingly turning to other outlets that are emancipated from those biases -- foreign media, the Internet, whistle-blowing sites -- in order to remain informed.

For one of the best analyses yet on the NYT's concealment of Raymond Davis' CIA employment -- and for a definitive refutation of its Public Editor's defense of that concealment -- see this typically insightful article from The New Yorker's Amy Davidson.

UPDATE;  As for "patriotism" -- and Goldsmith's misunderstanding of its meaning -- see this comment.