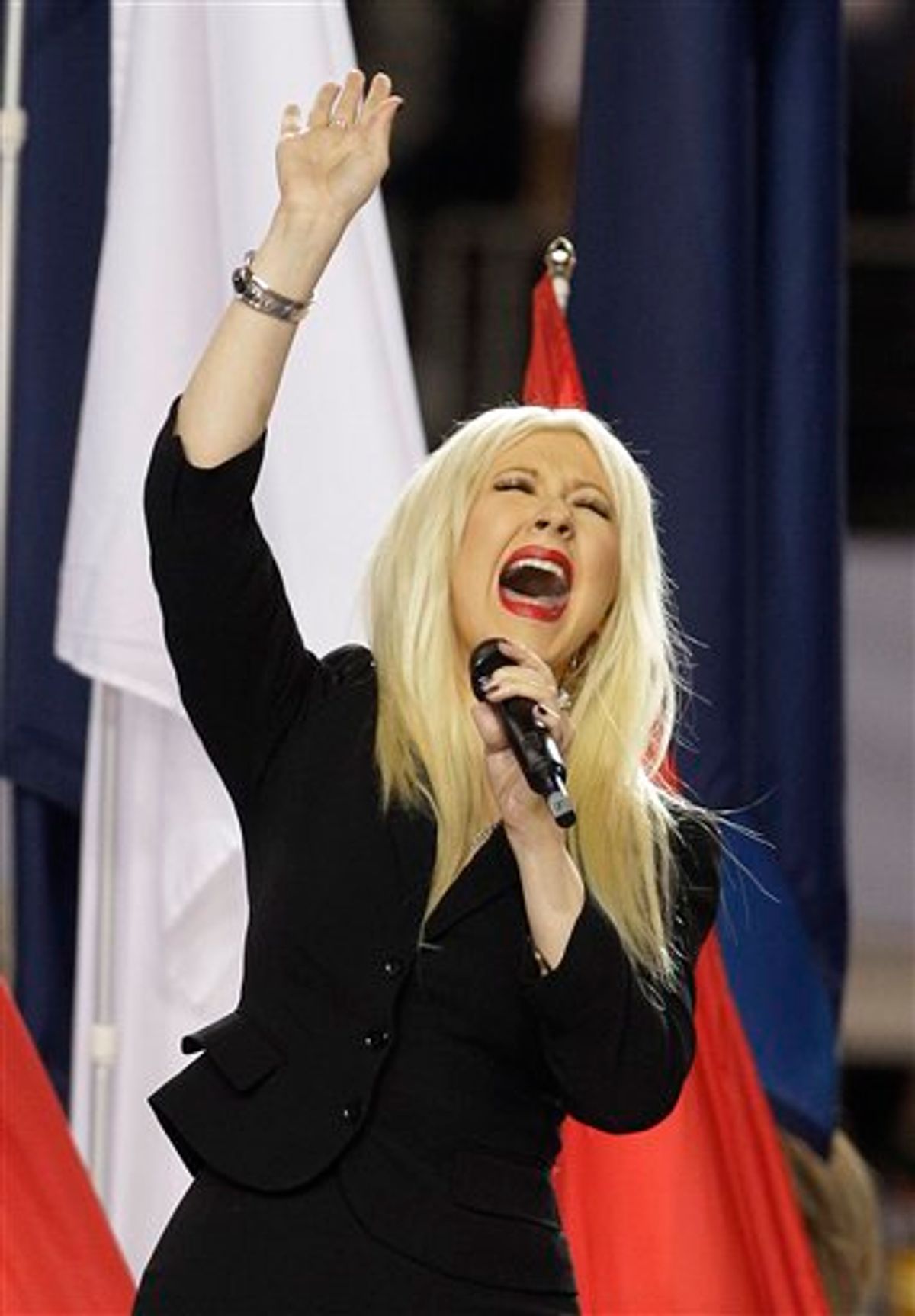 Singer Christina Aguilera and her boyfriend have been arrested on suspicion of being drunk in a car that was stopped on a West Hollywood street.

Sheriff's Deputy Bill McSweeney says Aguilera was a passenger in the car that was stopped at about 2:45 a.m. Tuesday.

Her boyfriend, 25-year-old Matthew Rutler, was booked on suspicion of driving under the influence. His bail was set at $30,000.

McSweeney says Aguilera appeared to be extremely intoxicated and unable to look after her own welfare.

A sheriff's website says she was booked on suspicion of a misdemeanor but McSweeney says she's essentially being held at the West Hollywood sheriff's station for her own protection and is expected to be released without facing criminal charges.

Calls to her agent and publicist weren't returned early Tuesday.