"Most of us grew up going to Boy Scout meetings and our communities were filled with Rotary Clubs, not madrassas" 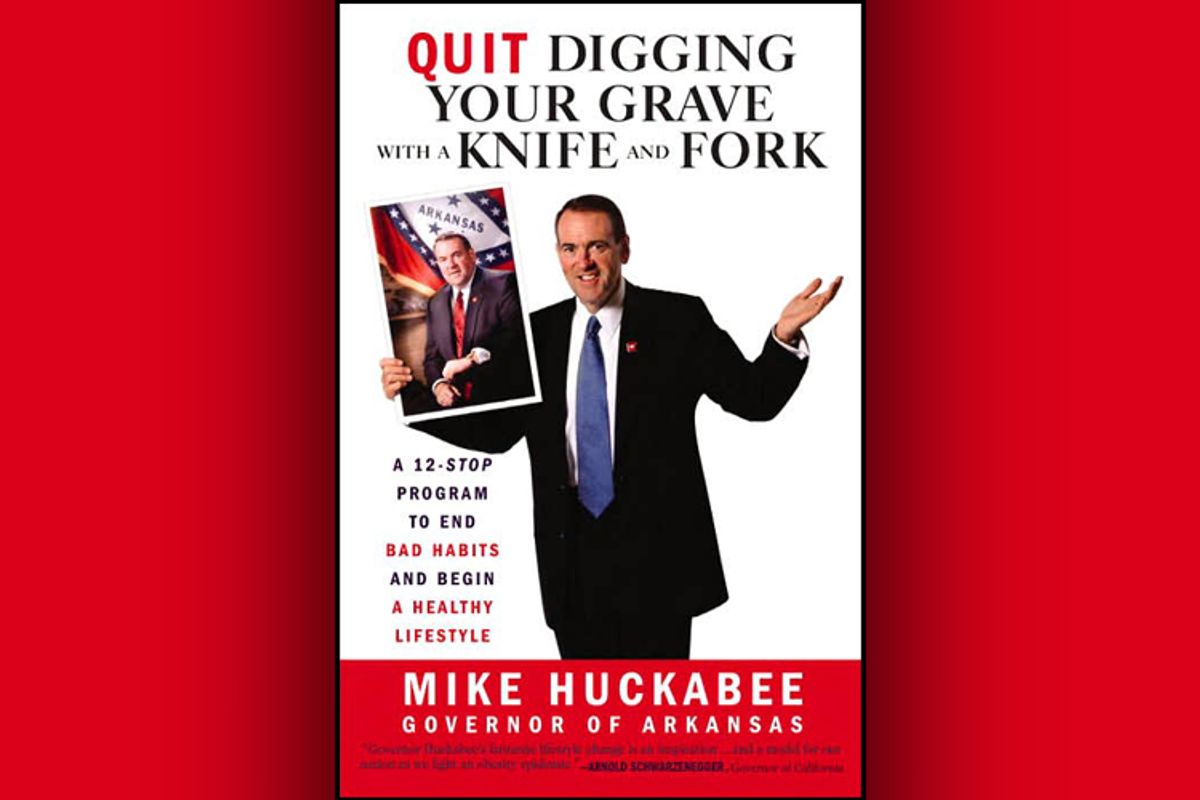 Earlier today, I wrote that Mike Huckabee is likely to avoid long-term political damage, even though it is clear that his critique of Barack Obama's worldview is rooted in a belief that is utterly, demonstrably and laughably false -- the idea that the president grew up in Kenya.

Since then, Huckabee has made two further statements, and one of them has me questioning whether my forecast might have been a bit premature.

In his first new statement, on his official website, Huckabee blames the media -- and the New York Times in particular -- for hyping "a simple slip of the tongue" and suggests that a double-standard is in place, since Obama was allowed to slide for once saying during the 2008 campaign that he'd visited 57 U.S. states. (This same point has been made to me by several anti-Obama emailers today.)

The difference between these two episodes should be blindingly obvious. In Huckabee's case, he didn't merely say that Obama was raised in Kenya and then correct his statement; he said it repeatedly and used it as the basis for an attack on Obama's worldview, even conjuring a scene from Obama's supposed Kenyan childhood in which his grandfather indoctrinates him in anti-Western thought through tales of the Mau Mau uprising. This is no "slip of the tongue." Huckabee clearly was under the impression that Obama had grown up in Kenya and had spent time pondering what this could mean in terms of his foreign policy.

Obama, by contrast, only said made the 57-state screw-up once. He never repeated the claim and he didn't go on to discuss all of the troubling implications these seven new states could pose for the union. If you watch the video, it's pretty clear that Obama, presumably worn down from months of campaigning, meant to say that he'd been in 47 states, with one more still to visit (he then explains why he's not counting Alaska and Hawaii). It's hard to see how this was anything but a slip of the tongue -- just as it's impossible to see how Huckabee's Mau Mau musings were one.

As maddening as this is, this talking point -- by itself -- probably won't cause Huckabee much trouble. But his second statement today might be a different matter.

Appearing on the radio show of Bryan Fischer, a prominent social conservative, Huckabee again played the victim, pretending that he was being unfairly targeted for simply "misspeaking." But then he took it a step further. Prompted by Fischer to comment on the "fundamentally anti-American ideas" that may have been planted in Obama's head by his "virulently anti-colonial father," Huckabee said (emphasis mine):

And I have said many times, publicly, that I do think he has a different worldview and I think it is, in part, molded out of a very different experience. Most of us grew up going to Boy Scout meetings and, you know, our communities were filled with Rotary Clubs, not madrassas.

There's no other word for this comment but "ugly." And it exposes a side of Huckabee that doesn't often get much attention: his backward attitude toward Arabs and Muslims. Huckabee -- who was born in segregated Hope, Arkansas -- has won well-deserved praise for his willingness to confront the demons of his home region and to address racial issues with unusual sophistication and grace. But when it comes to Arabs and Muslim, everything changes. The Huckabee who sneered today at the idea of growing up around madrassas is the same Huckabee who has, for instance, called for the transfer of the Palestinian population in the Occupied Territories to other Arab countries and who subscribes to the "clash of cultures" view that Islam is incompatible with Western life.

As mean as Huckabee's comment about Rotary Clubs and madrassas is, it probably won't haunt him by itself. But the ease with which it came out does make me wonder how many more comments like this Huckabee will spew if he does run for president. Granted, a low regard for the Muslim world isn't much of a handicap in today's GOP. But Huckabee's appeal as a politician is rooted, in part, in his winning personality; he's the conservative that Democrats can't help but sort of like. But if he has trouble containing his inner Islamophobe, maybe -- just maybe -- that reputation will take enough of a hit to hurt his political prospects.