Tim Pawlenty's lack of pizzazz, Mitt Romney's skeletons in the closet -- Indecision 2012 is off to a good start 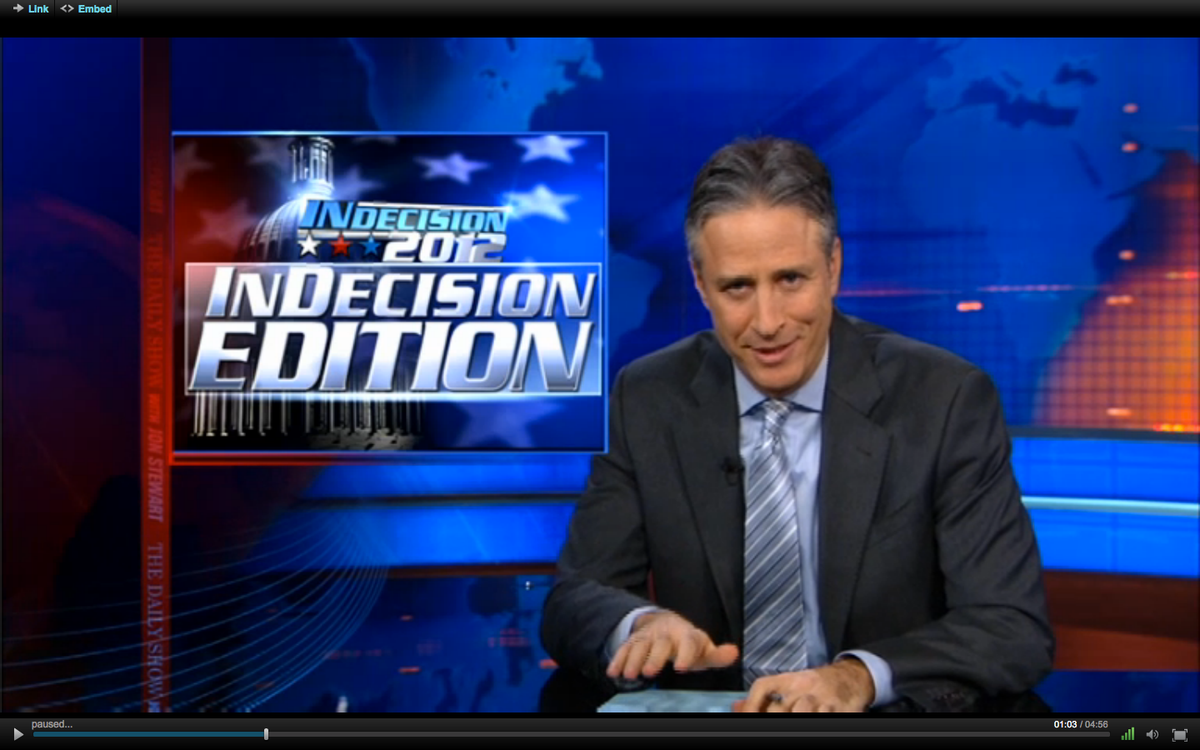 Since 2000, Jon Stewart's Indecision election segment has been a fixture of the show's political coverage. The show squeezed some bonus joke opportunities that year -- it being the Bush/Gore election and all. This year, as the Republicans hesitate to raise their hands and declare candidacy, it looks like the segment's name might prove relevant once again.

Stewart also got into specifics and started taking jabs at candidates.