Talking to the "naked therapist"

She's a media darling and an unlikely shrink. But Sarah White's operation reminds us of something else: Sex work 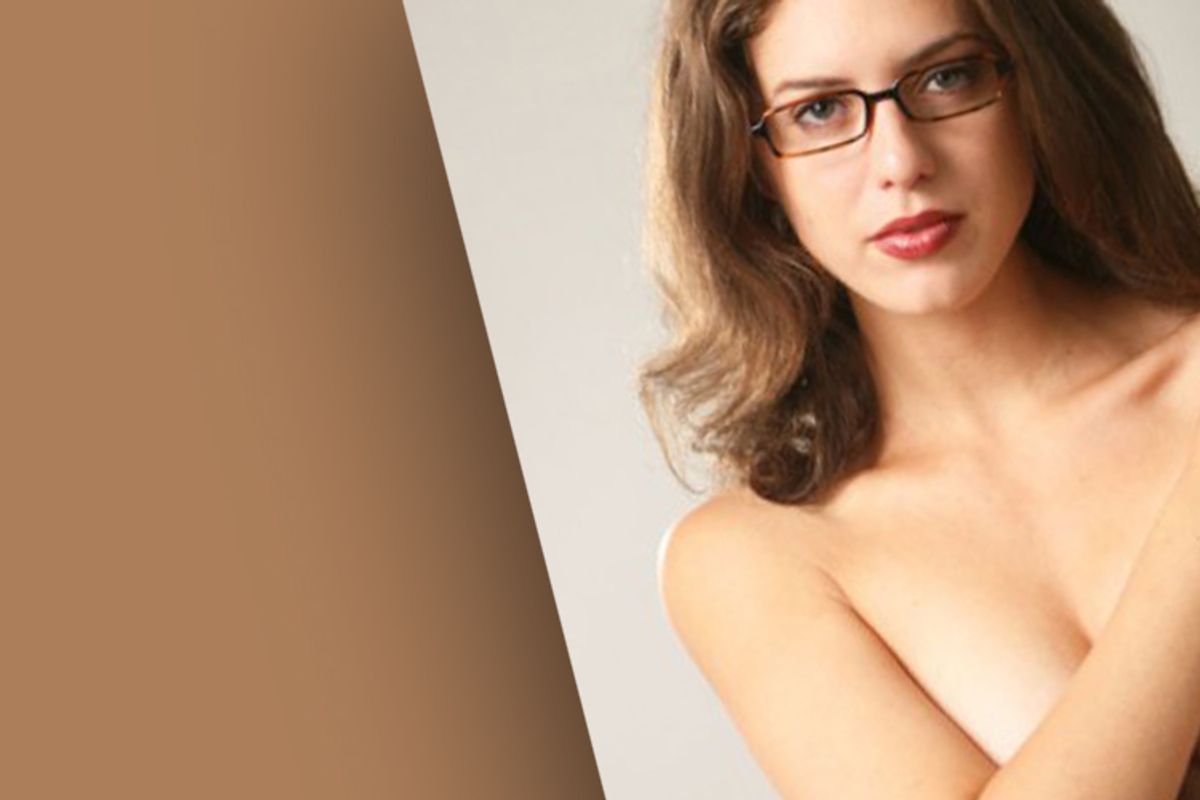 Just like that, "The Naked Therapist" has turned pornographic fantasy into reality. Sarah White, a 24-year-old New Yorker, conducts talk therapy sessions with clients via webcam -- all while slowly taking off her clothes. Surely you will be shocked to learn that she isn't actually a licensed therapist -- but she does have some psychology classes under her belt from undergrad! She's also "currently studying a wide array of psychotherapeutic methods in preparation for my Ph.D. dissertation on Naked Therapy," according to her website. She told me over the phone, "As Freud used free association and dream analysis, I use nakedness."

The psychological community hasn't exactly rushed to embrace her nudity -- but the media sure has. Today she was in the New York Daily News and the Daily Mail; yesterday it was the Wall Street Journal. (Tomorrow, the New Yorker?) What's amusing to me about all the hubbub is just how similar what she's doing is to what we traditionally label as sex work. From cam girls to strippers to prostitutes, sex workers will tell you that much of their work involves simply talking to men.

Several cam girls that I've spoken with in the past emphasized how little of their time is spent taking off their clothes or performing sexually. During sessions they often do their homework, watch a movie or talk about their client's day at work. They lend virtual company and a sympathetic ear. There is plenty of dirty talk and masturbation, of course, but that's only part of what they're paying for. The same is often true for strippers: Customers will pay dancers to simply sit and talk with them. There is flirtation and dancing, but there is also bitching about stresses at work or at home. Prostitutes run into the same thing: Once the sex is over, there is nakedness, vulnerability and a bizarre sort of brokered intimacy. Sex can break open emotional floodgates. When you consider how much pressure men face to be strong and fix their own problems, it's almost poetic that some would resort to talking about their feelings in a taboo, forbidden context.

Audacia Ray, an activist and former sex worker, told me by e-mail, "I think that people should be able to call their work whatever they want, but this is definitely in the realm of sex work, especially since she's not a licensed therapist in any way." She also pointed out that "sexual surrogates," who provide therapy through talk and sex acts, "don't present themselves as sex workers, just as Sarah White is avoiding that framing, but there is definitely transactional sex happening. Just because an exchange isn't 'just' about the 'base' act, doesn't mean it isn't in the realm of sex work."

When I spoke to White by phone, I asked her this and she agreed that there are similarities. She says her vulnerability in being naked allows for her clients to be more comfortable being emotionally exposed -- which is a dynamic you can certainly see at play in sex work. But White argues that her relationships with her clients are not sexual, and she points out that if they just wanted to watch a naked girl perform on cam they could certainly find it cheaper; she charges $150 an hour.

I asked Tracey Cleantis, a licensed therapist who has written about the importance of metaphorical nakedness in therapy, what she thought about White's practice. She ventured that Freud would tell White to "get a degree, a license and a cardigan." More important, she pointed out that nakedness doesn't necessarily mean authenticity: "The dark side of nakedness is overexposure. One needs a persona, one can't live in a place of complete nakedness -- it's dangerous," she said. "Clothing, like shame, is dual-natured. If you are exposing everything then you are hiding something."