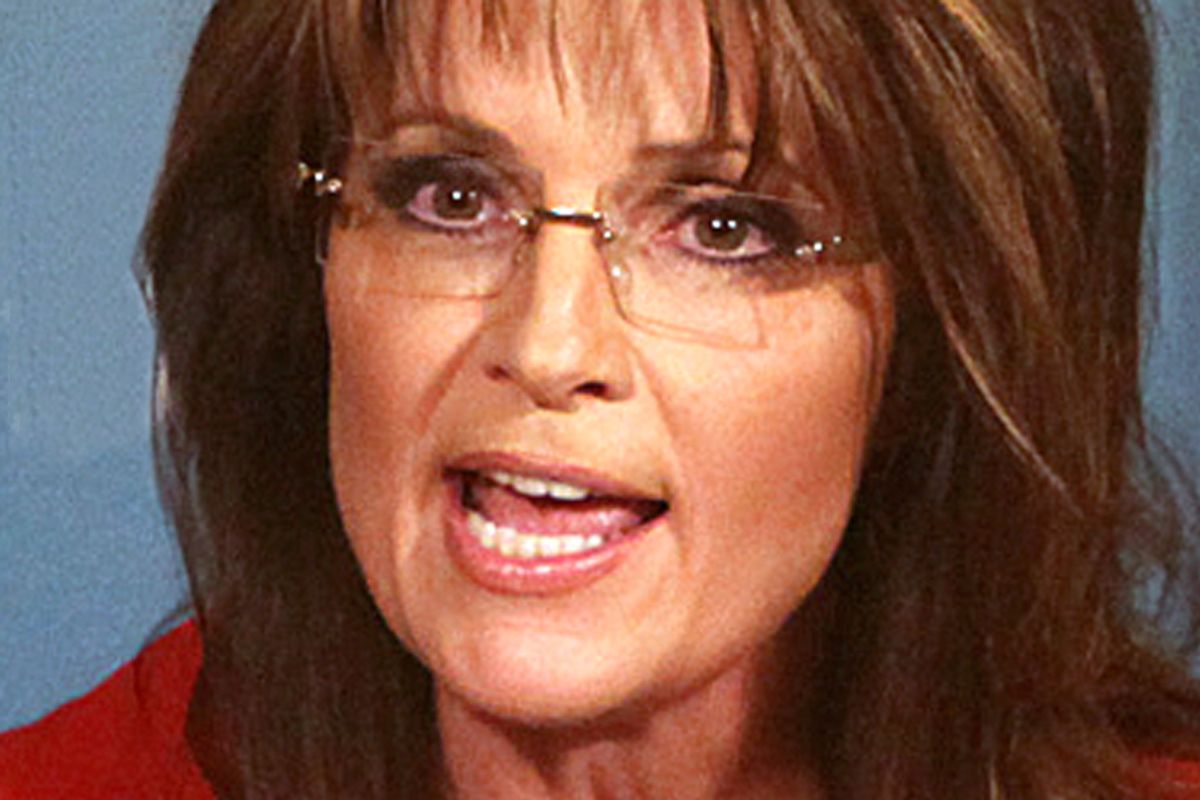 Sarah Palin, who has more than once invoked the First Amendment when she or her allies faced criticism, today denounced the Supreme Court's 8-1 ruling allowing the Westboro Baptist Church to protest outside soldiers' funerals with signs reading "“God Hates Fags" and the like.

Tweeted Palin in response to the ruling:

The second part of Palin's tweet -- the bit about invoking God -- centers on the Establishment Clause of the First Amendment and is really a separate issue. The ruling today on Westboro was in a classic free speech case.

Chief Justice (and conservative hero) John Roberts wrote the majority opinion, a stirring defense of free speech, even speech that is widely considered to be hurtful. From the Times:

But under the First Amendment, he went on, "we cannot react to that pain by punishing the speaker." Instead, the national commitment to free speech, he said, requires protection of "even hurtful speech on public issues to ensure that we do not stifle public debate."

Chief Justice Roberts used sweeping language culled from the First Amendment canon of foundational decisions in setting out the central place free speech plays in the constitutional structure. "Debate on public issues should be robust, uninhibited and wide-open," he wrote, because "speech on public issues occupies the highest rung of the hierarchy of First Amendment values."

So Palin's counter-argument here is that "common sense" requires that offensive protests be banned.

The former Alaska governor has a history of invoking the principle of "free speech" at odd times. Here she is in October 2008 during a radio interview:

If they convince enough voters that that is negative campaigning, for me to call Barack Obama out on his associations, then I don't know what the future of our country would be in terms of First Amendment rights and our ability to ask questions without fear of attacks by the mainstream media.

In response, Glenn Greenwald noted at the time: "The First Amendment is actually not that complicated.  It can be read from start to finish in about 10 seconds.  It bars the Government from abridging free speech rights.  It doesn't have anything to do with whether you're free to say things without being criticized, or whether you can comment on blogs without being edited, or whether people can bar you from their private planes because they don't like what you've said."

Palin made a similar remark last year when defending Dr. Laura, who retired after she faced intense criticism for using the N-word on her radio show. Palin tweeted then:

Dr.Laura=even more powerful & effective w/out the shackles, so watch out Constitutional obstructionists. And b thankful 4 her voice,America!

Again, Palin seemed to be equating what was (in her opinion) unfair criticism as somehow an infringement on First Amendment rights. The government, of course, had no role in forcing Dr. Laura to retire following her controversial remarks.

So to review: Under Palin's interpretation of the First Amendment, criticism of public figures threatens free speech, but peaceful protests she doesn't like should be banned.