Why being a mother is the greatest role of my life

Unlike Natalie Portman's critics, I don't have a problem saying my family comes before a successful career 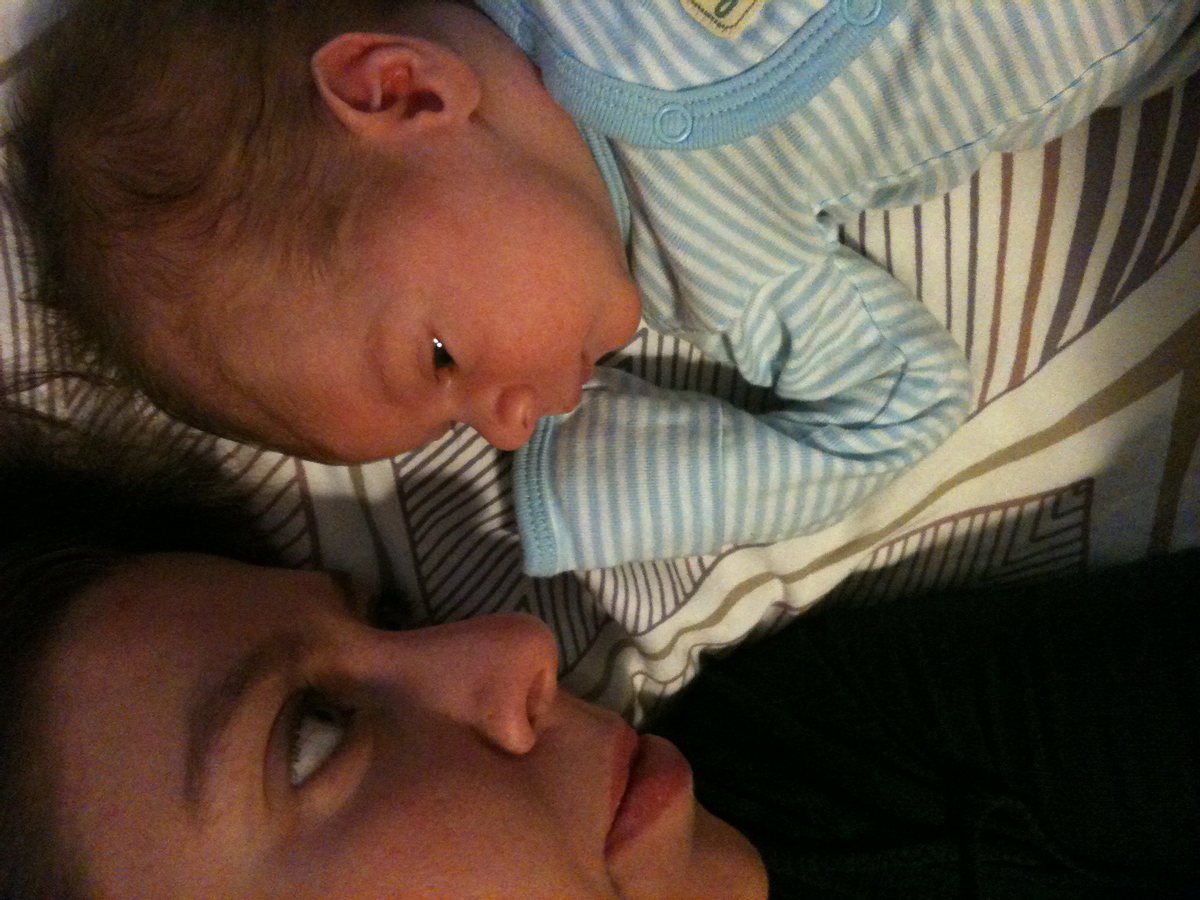 The author and her son
--

Judging by Salon's front page on Monday, February 28 has been declared Ambivalence About Motherhood Day. One article suggested that women who post pictures of their babies on Facebook are "depressing" and "boring," not to mention sublimating their own identities. This thesis is proven by a straw poll of several of the author's anonymous friends (one of whom claims to only know people who populate a male-dominated Jay Gatsby world of polo shirts and golf games). Another Salon writer took Best Actress Oscar winner Natalie Portman to task for daring to suggest, in her acceptance speech, that her greatest role in life was yet to come: Motherhood. A third article posted late Monday night is a sigh of relief from a writer who is much happier now that she moved out of the family home and lives most of her life apart from her young children because she never wanted them anyway.

And here I am, occupying the All Mommy, All the Time camp after many years of pitching my tent on the Holy Hell That's Depressing side. I'm happy to serve as the canary in the coal mine for any silently gloating Facebook friends who see my baby-crazy turn as validation for the outward focus of their own lives. If you think children are boring and depressing, I think it's probably for the best that you do not have them anyway. And besides, careers can be filled with extraordinarily fulfilling moments, even if you can't post about them on Facebook all day long.

I know this from experience. I've had a career for five years, mostly as a divorce attorney for low-income victims of domestic violence. And because my career felt so important, and because the experiences I had during my career were so life-changing and enlightening, my mind has been completely changed on the subject of whether a successful career is the most important aspect of my identity. It used to be. It isn't anymore. If I had to choose between being a successful lawyer and a successful mother, I'd choose the latter every time.

When you are a public interest lawyer, the rungs on the ladder of success are labeled a little differently, and none of them say "money."  Every divorce judgment was a coup; (almost) every sole custody award was a singular triumph. Often, success was any acknowledgment -- from anyone -- that I had performed an exemplary service. (Few people thank their divorce lawyer, which comes with the territory, but can still be somewhat demoralizing.) Success was knowing that I had litigated a case far beyond the abilities of lawyers who billed out at $350 an hour with nothing to show their clients for it. Sometimes success was hard to classify, especially when New Boyfriend had a few too many similarities with Defendant Husband. But on the whole, doing my job and doing it well felt necessary and important, and I was and am extraordinarily proud of the work I did. Much of my work could be characterized as helping clients take control of their lives back from someone who had stolen it from them. In the public interest definition of success, I had about reached the top when I felt like I could say that about any of my cases.

And yet, when my wife and I started seriously talking about conceiving a baby, I didn't suddenly worry about whether my identity as an attorney would be sublimated or overcome. My worry was whether I could continue to handle the work at all. The worst aspects of my career involved the children in the cases, whom I preferred to see and to hear about, as individuals, as little as possible. It was not my job to judge my clients' parenting choices, but every time a child tagged along to court or to an appointment my heart got a little heavier.

"Don't worry, he knows all about it," I heard a few too many times when explaining that a legal interview about violence and sexual assault was not appropriate subject matter for a young child, particularly when it involves the parents of said child.  And too many times did I have to explain to a parent that even if children don't see violence happen, they live with it as surely as if it were occasioned upon their bodies. Violence is loud. Too many of my clients' children knew the sound of a tooth breaking upon impact with a fist, of flesh yielding to repeated blows. Violence is visible long after it occurs, and remains an invisible presence in any household ruled by its looming threat. Children born of violence are not, on the whole, happy children. They are traumatized. They are violated. They need therapy, and few of them get it. And they are often doomed to seek out the only relationships they have seen, because it is what they understand of family and love. Many of my clients were also born of violence.

These, the worst aspects of my career, helped me come to a rather pointed conclusion: If and when I become a mother, it will be the single most important job I will ever have. And now that I am a mother, what happens to my career? I am apparently supposed to feel like the answer to this question is at least as important as my baby. I'm even born of the demographic that most often makes this argument: Educated, relatively well-off women who are sometimes forced by a male-driven workplace to choose between motherhood and career. (Ask your nanny, wealthy career-focused parents, whether she feels the work of raising your children is as important or even more important to her sense of identity than the work of raising her own.) And while I have no experience in the matter, I have no doubt it's true that straight men are not forced nearly as often to choose between career and children. But every day I spend with my son, I find myself caring less about when, if ever, I will check back into the office to resume my climb up the strange and twisted ladder of public interest success.

Due to circumstances surrounding my son's birth, I find myself caring for him at home, without a job and few prospects in sight. In deciding what to do next, I find that the answer to the career question is also a question, the question with which I answer every other aspect of my life right now, as a new parent determined to do right by my child: What would be best for my son? I feel lucky to be able to ask myself this question, and to (at least, for now) have the freedom to act accordingly. I feel damned lucky that I don't have to ask which of several dead-end jobs I should take on so my son can be fed and clothed. With my education, resources, and supportive spouse, I cannot fathom asking myself what to do with my son that would be better for my career, especially while he is so young.  I allow that this might change if and when my wife resumes her career. (I also allow that this might change when he starts screaming NO NO NO NO NO WHY, asking for a 700th rendition of Walter the Farting Dog complete with sound effects, and sticking his fingers into electrical sockets.)

So Monday I read these various articles about the relative unimportance of motherhood to a successful woman's identity. I read them as I wiped caked drool from my shoulder and pressed the upload button to broadcast yet another boring, depressing photo of my chubby little seven-week old to my Facebook world, to be displayed proudly alongside my new profile picture -- the fifth in a series since Julian was born, depicting him in a series of poses next to or on top of me. When the mood strikes us, we do a photo shoot. The mood strikes us fairly often. I have yet to hear any complaints beyond eager, far flung relatives who feel I do not post these pictures nearly often enough.

My short career held a lot of promise, but those tiny light-filled eyes hold more. If I never do anything more important than raising him in love, I'll be a success beyond measure.