How the recession turned me into a scavenger

After my husband and I were laid off, I discovered an unlikely way to put food on our table -- I scrounge for it 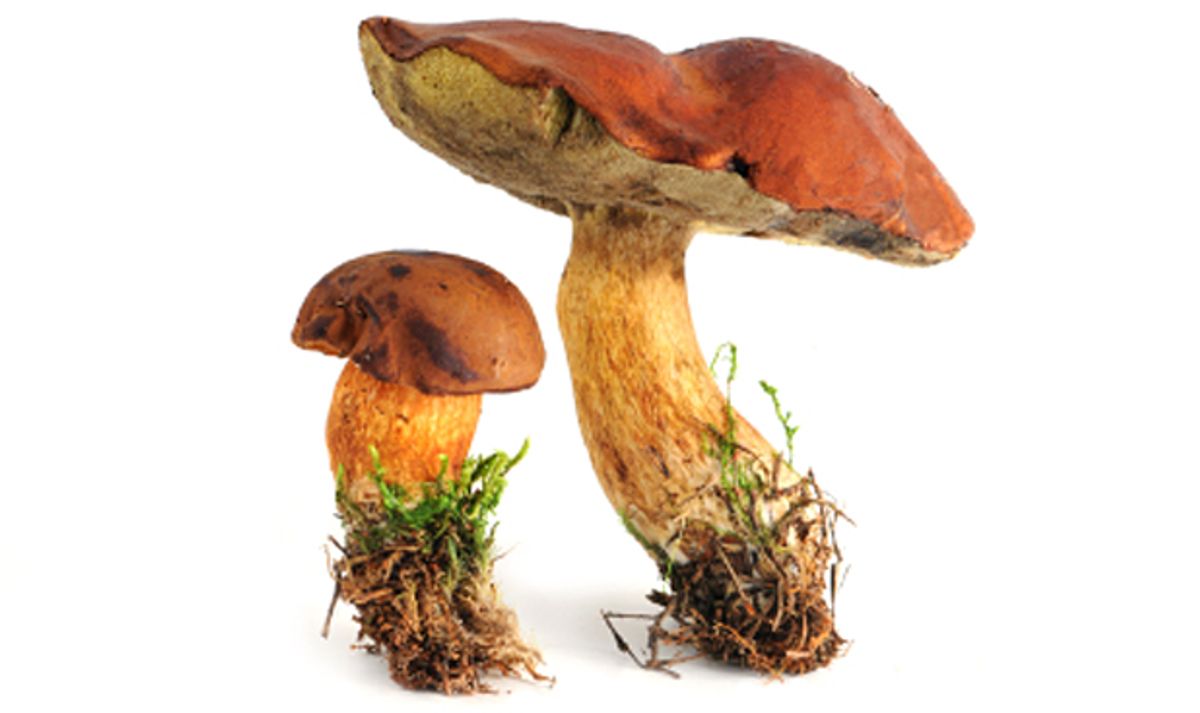 I hear a bellow from above, unintelligible but happy.

The bellow again. I detect words, but distance and thick underbrush are the enemies of meaning.

"He must have found some more up there," I say to Kamari, who is crawling on the ground 10 feet away, happily plucking hedgehog mushrooms from the blanket of dead leaves.

Although we've seen some variety of colors and sizes, most of the mushrooms we've picked are tiny, waxy white and easily identified by the undersides of their caps, which are furry with bristles.

Last time we went mushroom hunting, we looked for chanterelles up among the big trees, but this time we're in a much scrubbier forest: the leafless alders allow for patches of bright sunlight. Eventually we deplete our area and bushwhack back up to the gravel road. Kamari cocks her head, listening. A bearlike rustling and grunting indicates the presence of her boyfriend, GH.

"You finding anything up there?" she calls.

We scramble up the dirt cliff and I plunge into a thicket of huckleberry. GH is lying on his stomach. The intensity of his foraging, combined with his dark curly hair, makes me think of some skinny sub-species of bear.

"No wonder you were yipping," I say, looking at the patch of mushrooms he's working his way through. The caps are five or six times bigger than the ones we've been finding below. Dinner.

When I moved from Seattle to the country, I imagined a well-stocked pantry. I could see myself happily squirreling away shiny Ball canning jars full of tomatoes and beets from the garden. I envisioned myself braiding garlic and maybe building a root cellar. What I did not imagine was relying on handouts from my friends to keep food on the table.

I've never been exactly what you'd call middle-class. I grew up poor, and as an adult, I've had my ups and downs. I was doing fairly well before the economy crashed -- working a decent contract gig as a fashion copywriter while my husband, Rich, worked as a paralegal at an immigration law firm. We were both laid off the same month. I started out applying for jobs in my field and then worked my way down, as you do. In the end, I managed to survive by taking whatever work I could get -- small gigs writing copy, temp work, bottling at a wine cellar. In the last few months, things have been particularly lean. 2010 Gallup data shows that nearly one in five Americans struggle to put food on the table, and this year Rich and I fall into that 18 percent. We keep hearing about the economic recovery, but so far the jobs we lost at the outset of the recession represent our last steady work. We are scrambling.

We decided to leave the city because we couldn't afford to live there anymore, among other reasons, but we moved from the city to the woods at the worst possible time -- the end of August, just as our Seattle garden was starting to produce. We had to leave our tomato plants behind, and then spent the fall as migrant laborers, which left us with little time and no resources to put food up for winter.

I am delighted when my friend Kamari arrives at our house with an assortment of home-canned food. Kamari and I grew up together here in Deadwood, Ore., and she has one of the nicest gardens in the valley. "Here's some relish that GH made, and some tomatoes," she says, stacking mason jars on our burl counter. "Also, some of that smoked tuna we canned with Abigail. And pickled chanterelles," she finishes. Later, when I run out of money and food, I'm incredibly grateful for this stash, and I make the mistake of telling her. I think that by making it a joke, it won't sound so pathetic.

"Thank God for that food you gave me -- it saved me from serving ramen to my guests the other night."

The next day she shows up with a heavy paper bag. "Well, I don't want you to feel like you have to conserve that stuff," she says gruffly, unloading jars of tomatoes and chanterelles.

Fleeing back to the land in times of economic hardship is not without precedent. During the Great Depression, thousands of Americans abandoned the hopeless cities and returned to the country, where at least they could grow food. Ione Reed and her husband, Don, migrated to the hills above Mapleton, Ore. (near where I live) in 1931 because they could no longer make ends meet in town. In "Pioneering in Oregon's Coast Range: Surviving the Depression Years," she writes: "In these days of expensive necessities for a comfortable life it's difficult to imagine the ease with which Ike and I lived on almost no money during our early years at the ranch." She goes on to explain: "The old orchard gave us apples and pears ... Visiting relatives or friends often brought us such luxuries as peaches or grapes. From the garden came potatoes and squash and all kind of vegetables to be eaten fresh or canned."

I hope that next year when I have my garden I will be as blithe as Ione. For now, I can only relate to the part about living on almost no money and relying on the charity of visiting friends. As for ease, the word feels foreign on my tongue. We seem unable to shake some of the expenses of modern life: There's interest to be paid on credit card bills (maxed out), I need the Internet to work, we can't imagine going without a phone, and living an hour from town means a car, and thus insurance, gas and innumerable small financial disasters. As we scrape together money for cat food and propane, we are grateful that we don't have children to feed or serious health problems. We know other people in this country have it worse.

When an out-of-state friend needs someone to haul the junk off his property, Rich jumps at the work opportunity and leaves town. We're expecting a check from one of my writing gigs to process, but it takes longer than anticipated and I'm left alone without any money at all for 14 days. I'm used to being low on cash, but there's something demoralizing and scary about being completely broke. As George Orwell wrote on the subject of poverty in "Down and Out in Paris and London": "You thought it would be quite simple; it is extraordinarily complicated. You thought it would be terrible; it is merely squalid and boring. It is the peculiar LOWNESS of poverty that you discover first; the shifts that it puts you to, the complicated meanness, the crust-wiping."

I do hoard crusts, but I'm nowhere close to starving. Even without the canned goods from GH and Kamari, and a beautiful Christmas basket full of preserves from our neighbors, I wouldn't be starving. To some of my friends in Mexico, our larder, with its jars of dried lentils and rice and three types of sugar, would seem as incomprehensibly lavish as Imelda Marcos' shoe collection. I'm just a little close to the wire by American standards, which means a dearth of meat or fresh vegetables. I tell myself that poverty breeds creative thinking, which is good for the brain. Though as I sniff at a rubbery end of cabbage, hoping that it's still good enough to serve to unexpected guests, the Steve Earle line springs to mind, "I was born in the land of plenty, now there ain't enough."

I avoided writing this for a long time -- it's not necessarily the face I want to show to the world. As Orwell writes, "You discover, for instance, the secrecy attaching to poverty. At a sudden stroke you have been reduced to an income of six francs a day. But of course you dare not admit it -- you have got to pretend that you are living quite as usual. From the start it tangles you in a net of lies, and even with the lies you can hardly manage it."

I don't want anyone's pity or charity or worry, and I don't need anyone's scorn either. For a long time I thought it would be best to put forth a successful, positive face and hope that my attitude of success engendered actual success. I played that card for about a year. But that's the thing with worrying about how to put food on the table -- pretty soon you can't think of much else. And if I can't think about much else, I can't write about much else either. I'd rather write about this than nothing at all.

I wouldn't bother if this were just a litany of complaints, but now, as always, bright points make life worth living and writing about. GH and Kamari have discovered that yellow-footed chanterelles grow in the Deadwood woods throughout the winter, and they are willing to divulge their favorite hunting grounds (which I deeply appreciate, since mushroom hunters are traditionally a secretive lot). As I traverse the cathedral stillness of the forest, padding on a bouncy carpet of moss and fir needles, it occurs to me that I'm bringing up the gathering end of the hunter/gatherer equation. Like my distant ancestors, I'm actually dependent on gathering as a major food source.

I'm not claiming that gathering mushrooms is going to save us from starvation; we aren't starving. Gathering mushrooms is going to make the difference between a dull meal and a delicious one. And as I sit by candlelight eating pasta with a chanterelle cream sauce, I am grateful for this winter bounty. I'm grateful because it mitigates the meanness of existence and allows me to forget the wolves at the door: Even in these hard times, we're lucky. We eat like kings.