Why are we interested in his epic flameout? He's a cautionary tale, gossip fodder and a secret superhero of the id 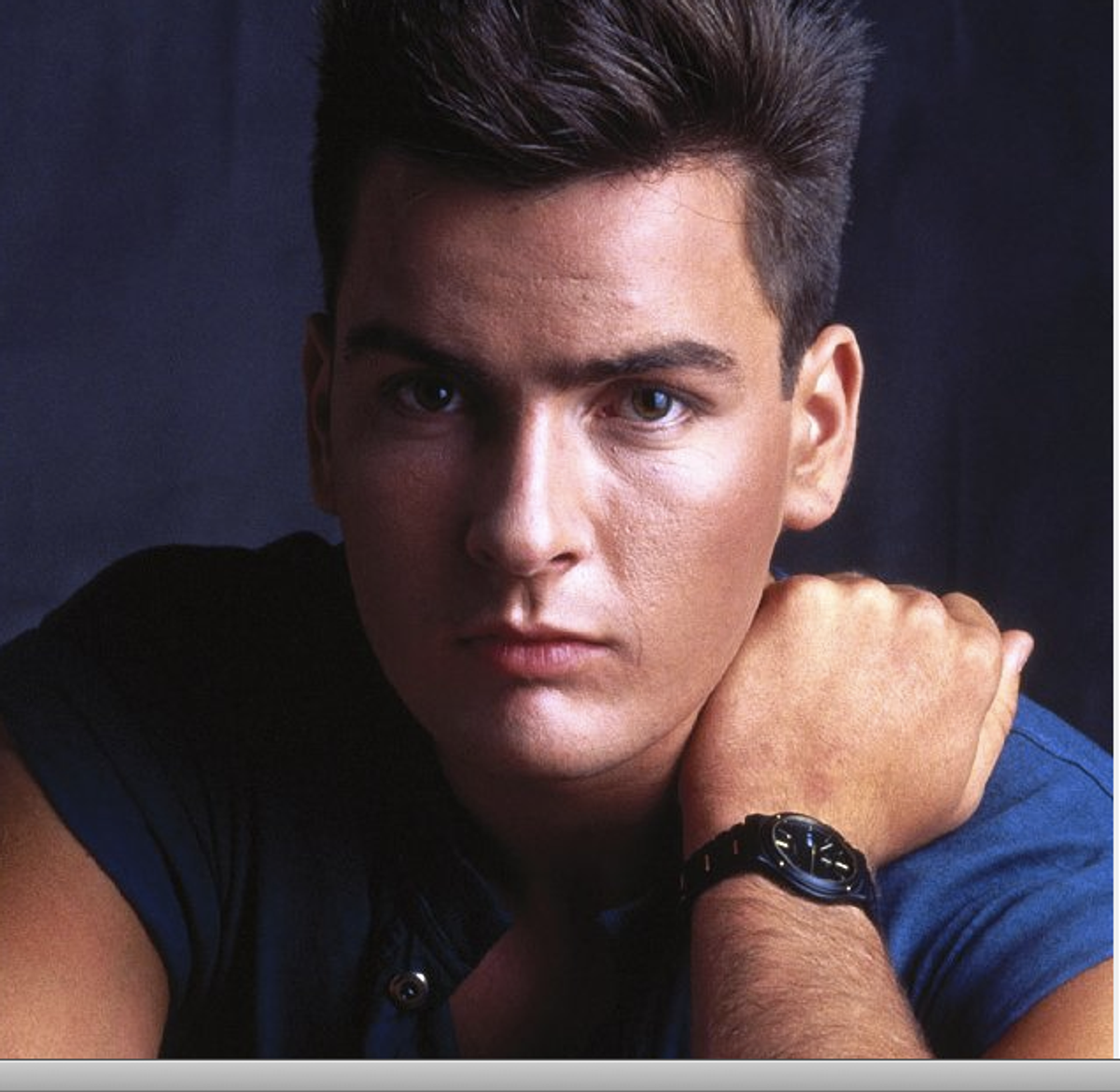 The Uses of Charlie Sheen: A Wittgensteinian Investigation

1. As a Cautionary Tale

Acutely problematic. Since Sheen's biography bears little relationship to the experiences of most civilians, it's hard to know how exactly he went wrong or how, under the circumstances (father a hyper-observant Roman Catholic political activist thinking-person's movie star; brother a frozen-in-pop-culture-time non-thinking person's teen-dream idol; face a peculiar demonic composite of both of them that's somehow been robbed of its individuality; ex-wife a robotic sex kitten projection deemed real only for legal and gossip purposes; TV show a fiendishly exploitative mechanism that invites the viewer to superimpose what he knows to be Sheen's degraded consciousness on a generic asshole background of a character), he might have avoided going wrong.

Yes, in theory, cocaine abuse is something human beings should avoid, but Charlie Sheen does not exist in theory. He exists in what one might call a "problem space" that is singular, novel and largely incommunicable. Inside of it and according to its rules "cocaine abuse" may well resemble what we on the outside, in the consensus problem-space, think of as "light and healthy eating" or "preparing for the hero's journey."

Marvelously efficient and unlikely ever to be surpassed. In the endless two and a half days since Sheen shrugged off his fictional carapace as the "star" of "Two and a Half Men" ( a show so majestically barren of personality, so perfectly clone-of-a-clone-of in style and affect, that it could have made a "star" of anyone who stuck his live head in the cut-out hole it offered), and launched his new "reality" career as a live-wire interview subject who was at first authentically unstable but is surely enough of a performer to realize now what the audience expects from him and to deliver it with all his might, meaning he's now both unstable and feigning unstable, Sheen has emerged as the consummate, perhaps defining, subject of social media conversations. He is the great Third Person Outside the Room that allows loosely associated strangers interacting on Twitter, etc., to engage in synthetic confidential intimacy.

His any-guy name "Charlie" helps immeasurably here, but what helps most is this: Charlie too treats "Charlie Sheen" as the great Third Person Outside the Room.

3. As Secret Superhero of the Id

At a time when few of us know firsthand exactly what Total Self-Gratification would constitute if our means and our access to party supplies were infinite, we are left to infer from Sheen's aftermath appearance -- from the graven lines around his mouth and the very small holes in the center of his pupils where the "twinkle" used to go -- what it's like to do everything you want to anyone you want to do it to in a safe and luxurious environment while you're the highest you can be. It's fun to imagine what Sheen felt, that is, and what it felt like (at one time) to be Sheen. It's a way to connect with our orgiastic selves. It's a way to not have to pretend that cocaine feels bad and that meaningless sex, by meaning whatever we want it to, isn't in fact the most meaningful sex of all.

The problem, though, is that when you look at him, you get this distinct weird feeling that Charlie Sheen is the only person in the whole universe incapable of actually enjoying, actually getting off on in a deep way that really sticks to the neurons afterward, the myriad pleasures of Homo Malibu that were formerly open to Charlie Sheen.

(Describe your own uses of Sheen in the comments section and I will consider them in a future post.)

Walter Kirn is the author of the novels "Up in the Air" and "Thumbsucker" and the nonfiction book "Lost in the Meritocracy." His blog is Walter Kirn's Permanent Morning.