Could Charlie Sheen's breakdown be an act?

With his incoherent ramblings, the star has reached a whole new level of fame. How much of it is calculated? 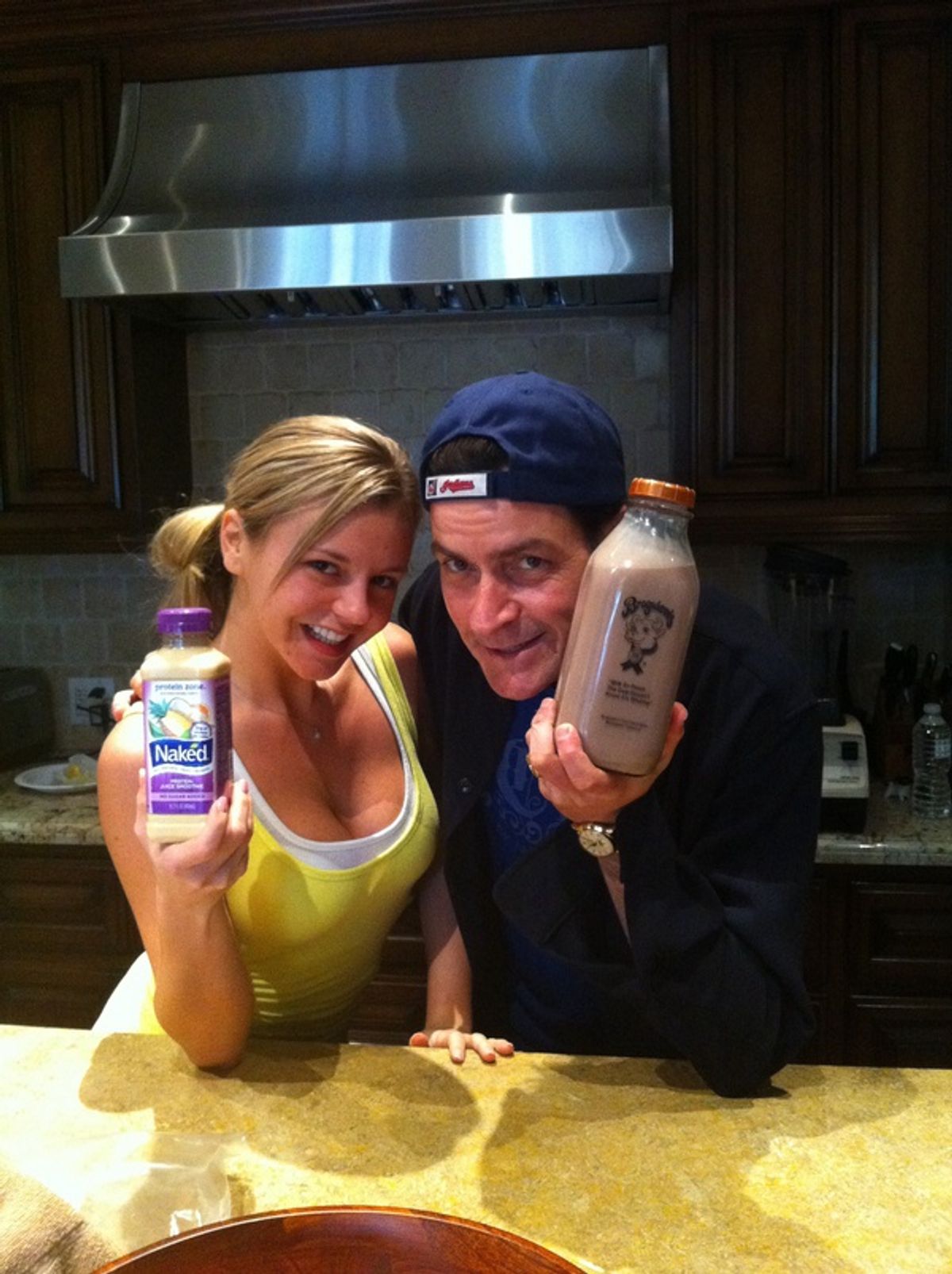 Is Charlie Sheen crazy like a fox? It was just a week ago that the "Two and a Half Men" actor went stunningly rogue -- even by Charlie Sheen standards -- on Alex Jones' radio show, seemingly decimating his career by ranting against Chuck Lorre, the "clown" responsible for his hit TV show. Cut to montage of what followed next: CBS and Warner Brothers shutting down production of the series, Sheen appearing on every single television and radio show in America  (I thought his "Wind Beneath My Wings" on "Idol" was a little flat), Sheen finally getting on Twitter, Sheen amassing over a million followers in one day, the words "tiger blood" officially entering the vernacular. I don't know about you, but I'm exhausted.

Yet thanks to his flair for a colorful turn of phrase, in the span of a few days, Sheen has gone from being a mere garden-variety train wreck to the new mad prophet of the airwaves. His ability to turn drug dependency, repeated allegations of domestic abuse, public insults to his colleagues, and quite likely serious emotional problems into a potential career move surely proves that all the world loves a nut job – and that Jim Belushi is no longer the luckiest SOB in show business.

And as Sheen has continued to dominate the news -- the early weeks of 2011 will go down forever in history for Wisconsin, Gadhafi and Charlie Sheen's porn star girlfriends -- both cynics and savvy media watchers have begun to wonder if this shambling wreck of a man who brags of recently "banging seven-gram rocks" is in fact just riding us all like a Sheen in a whorehouse. Patton Oswalt tweeted Wednesday that "Hate to pee on everyone's @CharlieSheen foam party, but he's using a service. Not him. Reliable source. 'Night!" And indeed, while that Twitpic of him cheerfully holding a jug of chocolate milk is surely the real thing, the not-so-subtly drummed up hashtagging of "#winning and #tigerblood -- along with his surprisingly self-aware bio as an "unemployed winner" -- does seem a little contrived. Or as a friend mused yesterday, "He has got to have somebody writing this stuff for him."

For a man who is the son of a famous actor, who has spent his entire life in the public eye, Sheen does seem to have developed a very sudden gift for bons mots. Even at the height of his wild man partying, even when he's spouted the most wackadoo Truther nonsense,  he's never before come up with a "Most of the time -- and this includes naps -- I'm an F-18, bro." Until now, he's managed to keep it under wraps that he's "a total freakin’ rock star from Mars" and that "We are high priests, Vatican assassin warlocks. Boom. Print that, people."

Print that they have. Like some expensive, rock-shaped contraband that one might smoke, it turns out that the self-proclaimed drug called Charlie Sheen is highly addictive. He's created an instant demand from a hungry public who want more more more of the golden, too fleeting warmth that comes from hearing a sitcom star say stuff like "It’s been a tsunami of media and I’ve been riding it on a mercury surfboard." And if you're Charlie Sheen, a man for whom attention and adulation are certainly a huge high, there's got to be desire to keep up the mutual buzz.

So could he in fact have orchestrated this whole fiasco as a way of drumming up an even bigger fame than his role as the best-paid actor on television could provide? Could this be an elaborate game from a world-class player? The weird admiration that his sticking-it-to-the-man shtick has garnered would suggest that if he can just keep from dropping dead in the next five minutes, he's all but guaranteed a reality series, a multimillion-dollar book deal, and all the goddesses he can handle. Not bad for a guy whose ex-wife just won a restraining order for claiming he was threatening to "cut your head off, put it in a box and send it to your mom," a man who had his children removed from his home by Los Angeles police Tuesday night.  Winning!

It seems unlikely that Sheen, big fat slice of banana cake he is, somehow masterminded this whole thing weeks ago. Why, that would be as absurd as the U.S. government planning 9/11. More likely what has happened is that, like "Network's" Howard Beale, Sheen has had a few spontaneous moments of genuine, completely nutty inspiration lately. Maybe it's because he claims he's gone off drugs, or he admits he's not sleeping, or he's just having an unusual reaction to a variety of circumstances. For his uniqueness -- I haven't seen words strung together like that since "Finnegans Wake" -- he's struck a chord. Now, God help him, in a meme-mad world forever hungry for the next viral sensation, it's become his act. The drug called Charlie Sheen is even bigger than the actor on the sitcom.

Why wouldn't he already be evolving it, crafting it, knowing how eager his public is for his next crazed non sequitur? The guy looks like death on a plate, and he's somehow managed to find himself at the pinnacle of his fame. He may be trying to exploit it -- what unemployed winner wouldn't? -- but how long can one man's apparent mental breakdown be America's favorite new dancing bear act? Who'd want a sober, toned-down Charlie Sheen now that we've seen the rock star from Mars? In "Network," the seemingly washed-up anchorman was able to wring out a few moments of glory from his big break as a professional lunatic too. He was a superstar. And then that stardom killed him.