Growing anti-Muslim hatred in the U.S. 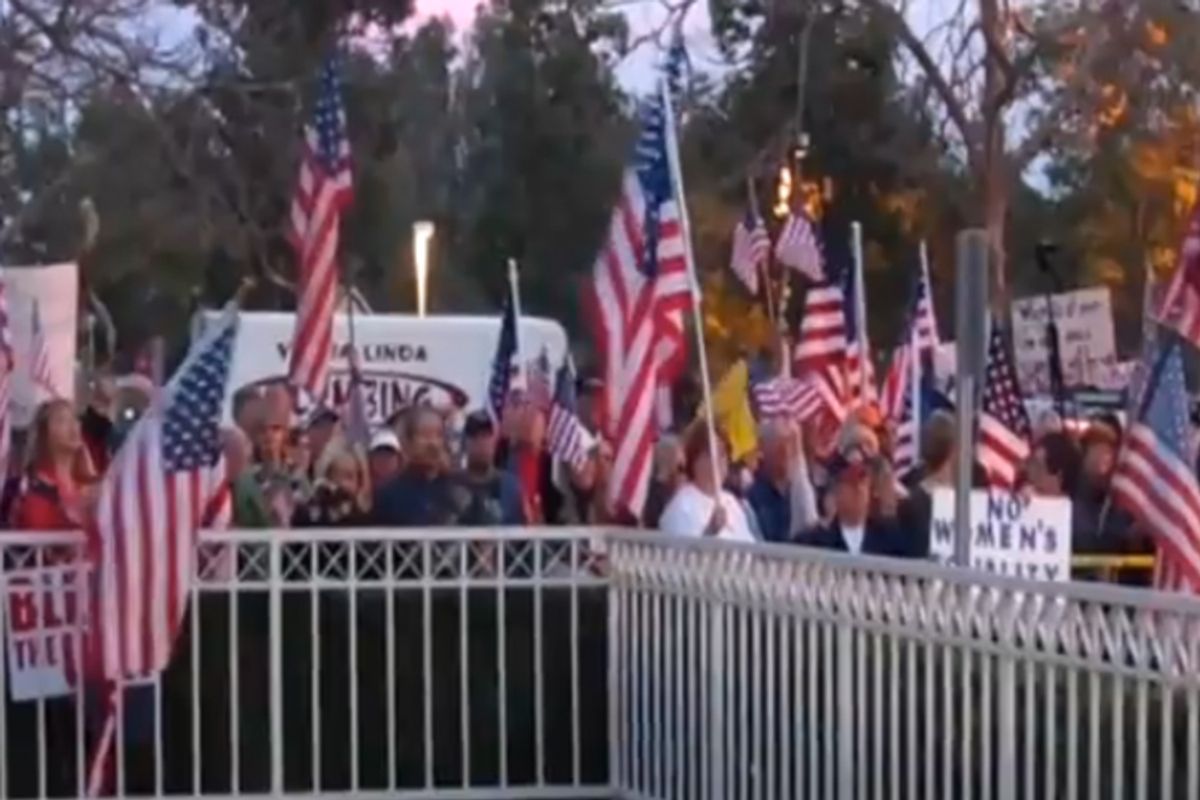 Next week, House Homeland Security Committee Chairman Peter King (R-NY) will convene a Congressional hearing to investigate the loyalty and "radicalization" of American Muslims.  Earlier this week in Tennessee, a bill was proposed to make it a felony to follow sharia law -- which would essentially criminalize the practice of Islam in that state.  Last year, mosques in Tennessee, Oregon and Georgia were targeted with apparent arson.  The case against the Park51 community center -- including from mainstream TV journalists -- was grounded in the warped premise that Muslims generally bore guilt for the 9/11 attacks.   All of these sentiments  are regularly bolstered by a deranged cult-leader/TV personality followed by millions.

And last month, in Orange County, California, Tea Party members and other protesters bombarded a charity event sponsored by a Muslim group -- and the families of American Muslims entering the event -- with the most foul, hateful, threatening messages possible, while various politicians, including a member of Congress, praised the protesters.  Just please watch this video, compiled by CAIR-California, to get a taste of what is happening (you can watch it below or here):

Several months ago, I wrote about the "odiousness of the distorted Godwin's law":  the corrupt notion that anything and everything relating to the events that enabled Nazi Germany are off-limits in political discussion, that the entire historical matter is just blacked out and rendered taboo.  This understanding of that "law" is odious because learning from all historical episodes, including that one, is vital.  Indeed, the creator of this "law" -- Mike Godwin -- appeared in the comment section to that post to explain that he sought not to prevent all comparisons to the Germany of that era but only "glib comparisons," noting:  "The purpose of Godwin's Law is to provoke remembering, not forgetting (and certainly not silence)."

Regardless of what one believes about that comparison, to note the similarity between then and what's happening now -- laws to criminalize a minority religion, formal government investigations into disloyalty from a minority group, violent attacks on their place of worship, and the intensity of the hate-mongering evidenced by that disgusting video -- is anything but "glib."  The Southern Poverty Law Center recently declared that Pamela Geller and her band of twisted anti-Muslim hatemongers constitute a "hate group."  It's encouraging that SPLC is taking this growing menace that seriously; everyone should be.

UPDATE:  I think what was most striking about that video is that the presence of small children didn't give these anti-Muslim protesters even momentary pause; they just continued screeching their ugly invective while staring at 4-year-olds walking with their parents.  People like that are so overflowing with hatred and resentments that the place where their humanity -- their soul -- is supposed to be has been drowned.