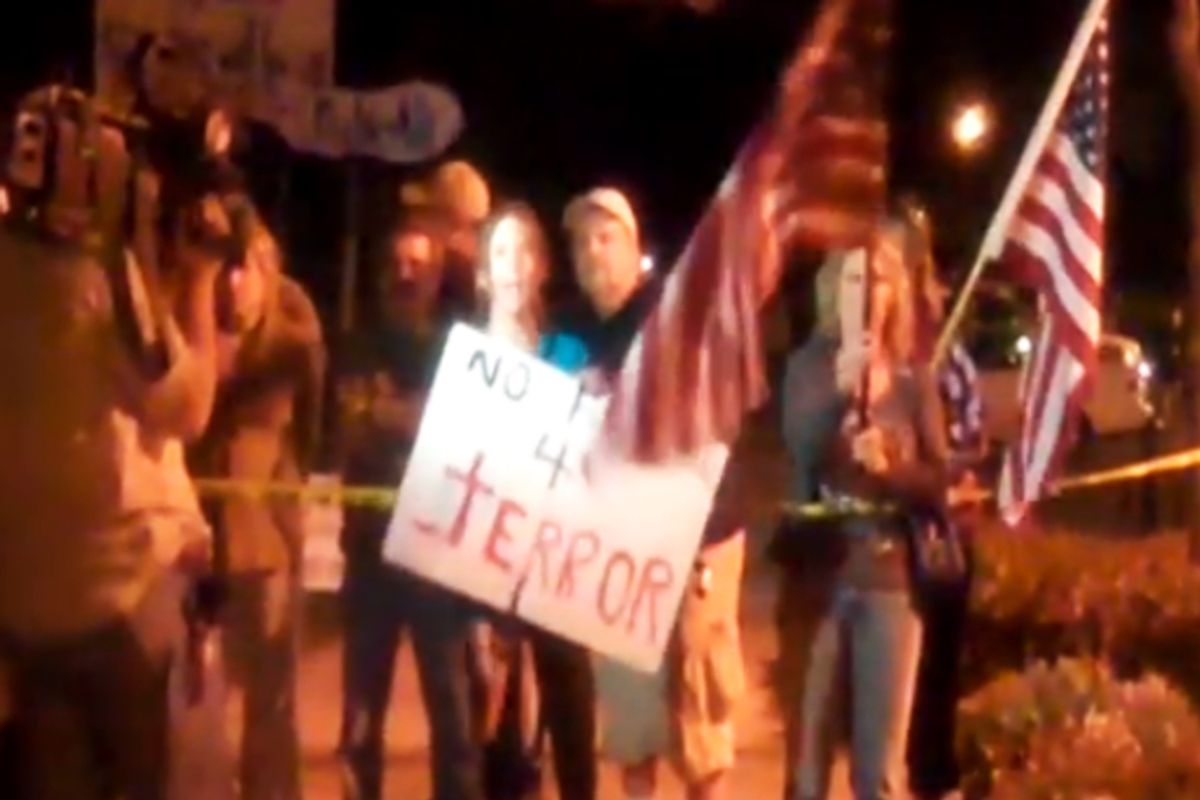 (UPDATED) A protest of a Muslim fundraising event in Orange County last month devolved into chants of "Muhammed was a pervert," "you beat your wife and rape your children," and the like, according to a new video of the demonstration (see below).

The Feb. 13 Islamic Circle of North America event aimed to raise money to fund women's shelters and fight homelessness in the area. But attention was drawn to the event because of two controversial speakers, Siraj Wahhaj and Abdel Malik Ali. The Orange County Register reported:

Wahhaj is an imam at a mosque in Brooklyn. A U.S. attorney named him and 169 others as co-conspirators in the 1993 World Trade Center bombing. Wahhaj was never charged and has denied involvement.

Malik Ali is a Bay Area Islamic activist who spoke at "Israeli Apartheid Week" at UC Irvine in 2010. There he said he supports Hezbollah, which the CIA labels a terrorist group.

To be clear, opponents of the two men have every right to protest them. But the demonstration, which drew at least two members of Congress and several local politicians, quickly devolved into ugliness.

At one point, Villa Park Councilwoman Deborah Pauly noted that she had a young son who is in the Marines, then added: "I know quite a few Marines who would be happy to help these terrorists to a, uh, early meeting in paradise." That line was met with laughter and applause.

According to the Register, a splinter group of about 100 protesters broke off from the main demonstration to stand near the entrance of the fundraising event and shout at Muslim families as they walked in. Among the chants: "Go back home" ... "USA! USA!" ... "Muhammad was a pervert. Muhammed was a fraud. Muhammed was a false prophet."

Here's a video of the protest compiled by the Muslim group CAIR:

UPDATE 3/4/11: I spoke with a mother of three who, with her children, was jeered by the protesters while entering the event.