Nearly 200,000 jobs were created last month and the unemployment rate fell to its lowest level in nearly two years 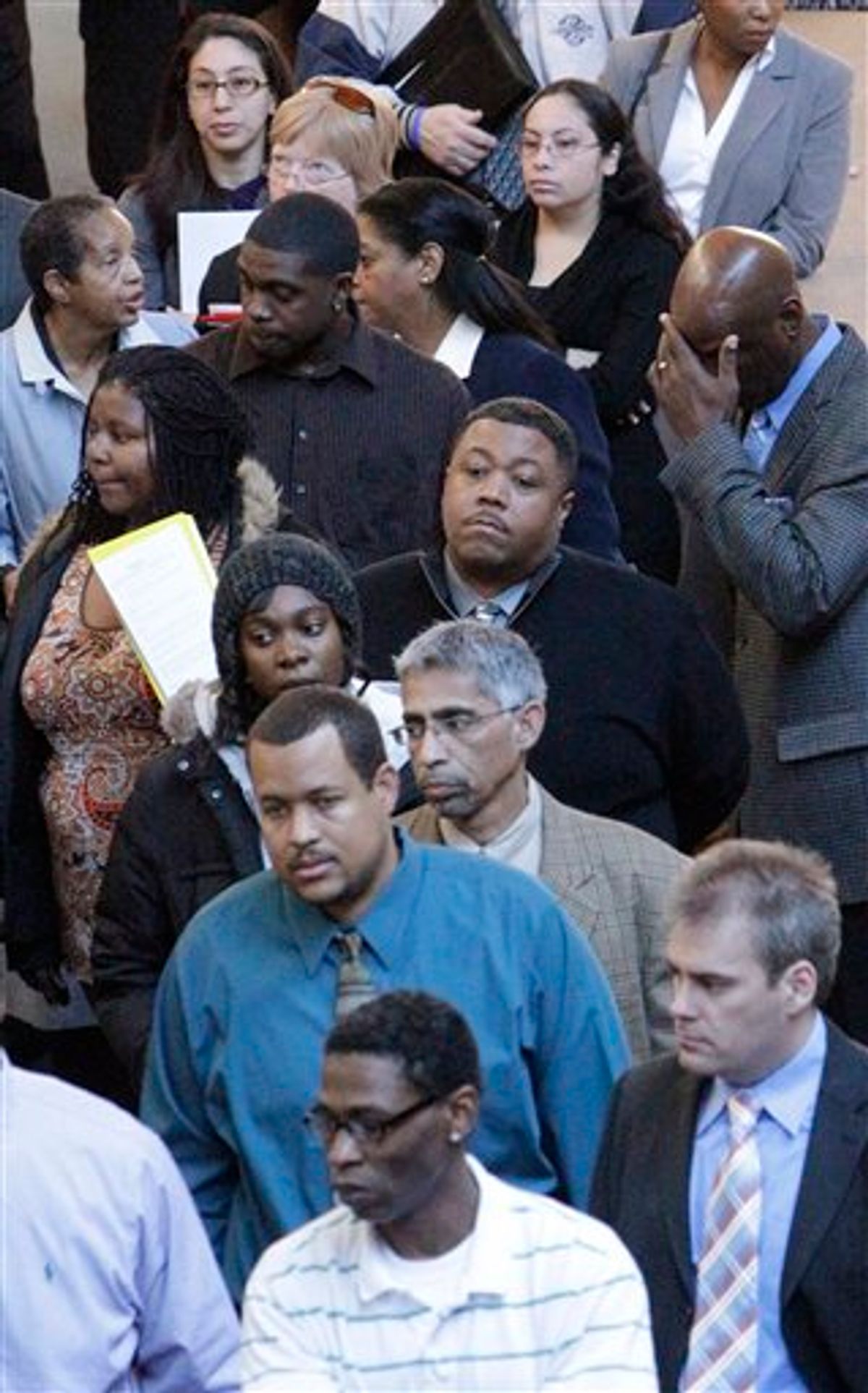 FILE - In this Jan. 26, 2011 file photo, job seekers line up for a job fair at a hotel in Dallas. The number of people applying for unemployment benefits fell last week, after bad weather contributed to a spike in the number of those seeking benefits the previous week. (AP Photo/LM Otero, file) (AP)
--

For once, the consensus was right. Economists expected that the United States economy would add close to 200,000 jobs in February, and that's just about exactly what happened. To be precise -- the Bureau of Labor Statistics reported a 192,000 gain. The unemployment rate fell to 8.9 percent.

Better than expected data from auto sales and jobless claims this week had some analysts hoping for a much bigger number, but all told this is a decent report. Job gains were widely distributed, in manufacturing, construction, services industries and health care. State and local governments were the only sector to record a significant drop, cutting 30,000 jobs in yet another sign that stressed state finances will be a drag on the labor market for the foreseeable future. Overall, state and local governments have cut 377,000 jobs from their peak in 2008.

The one percentage point tick down in the unemployment rate is still a bit of puzzler, although not as much as last month's big drop. At this point in the recovery cycle, previously discouraged workers who are no longer being counted in the unemployment rate should be reentering the labor market. Paradoxically, a truly healthy labor market would display a rising unemployment rate. But the labor participation rate stayed dead even in February: Workers who have given up looking for jobs have yet to be convinced that new opportunities await. (If you are looking for a reason to be disappointed by today's labor report, as many of the economy watchers in my tweet-stream seemed determined to do, you can mull over the fact that if the labor force was at its pre-recession size, today's numbers would add up to a 12 percent unemployment rate.)

Still, the broadest measure of unemployment, the U-6 number, continued to fall, dropping  from 16.1 to 15.9 percent. The labor market is headed in the right direction. The likely political spin is likely to be positive: The unemployment rate is under 9 percent for the first time nearly two years.