Jonah Goldberg agrees with the Westboro Church ruling except he doesn't 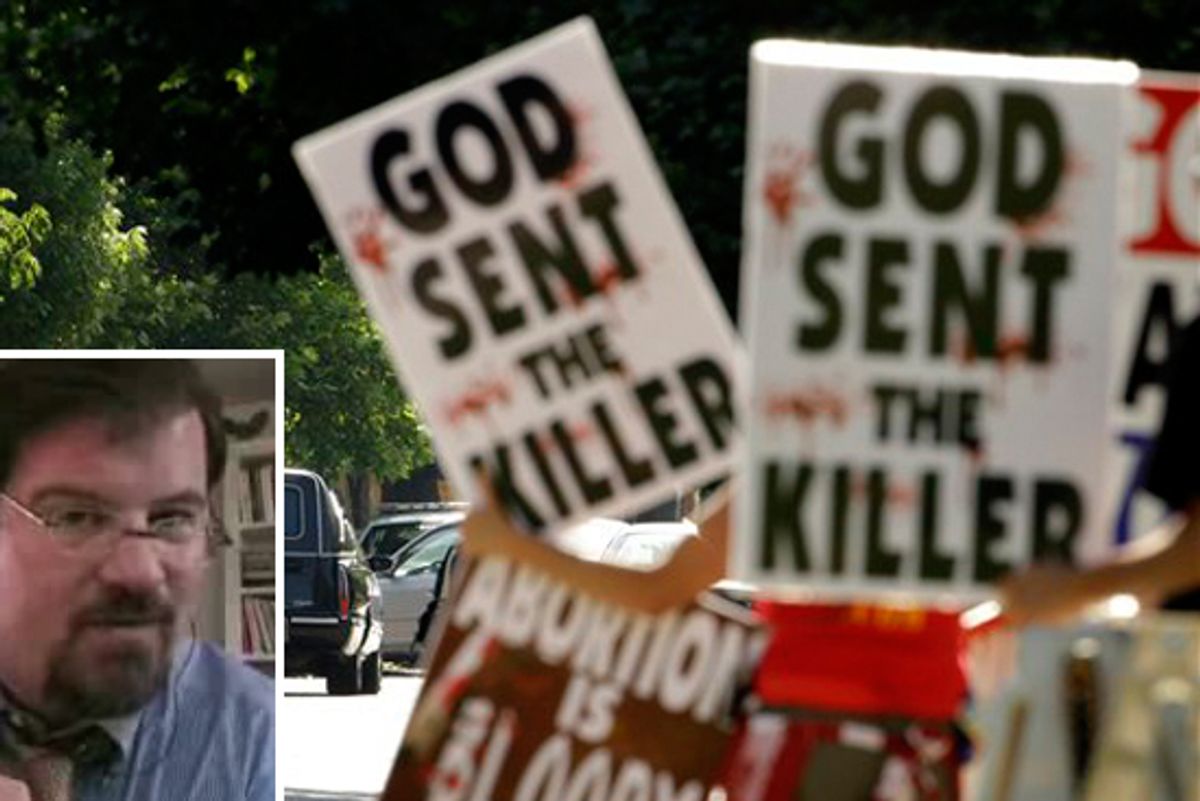 Jonah Goldberg has some thoughts about Snyder v. Phelps, the Supreme Court case that determined that Fred Phelps' Westboro Baptist Church has the right to protest outside funerals. The case was fairly open and shut -- only Samuel Alito dissented, and his dissent was not that impressive -- and nearly every columnist and newspaper editorial board in the nation agrees that Phelps has the right to share his objectionable speech without facing civil punishment. Jonah Goldberg thinks different, though. Sort of. Kind of.

I think the decision is a travesty. But, alas, after reading it, I also find it perfectly defensible, probably even correct.

Goldberg goes on to quote various editorials about how the case is painful but correct and blah blah blah. Jonah Goldberg has no time for your pointy-headed liberal values that he says he agrees with!

These are fine expressions of general constitutional values shared by most of us. But they’re absolutely useless for figuring out how to treat speech in the real world.

Goldberg notes that many states restrict demonstrations at funerals, and no one complains, because we all agree that some speech is so bad and wrong that restricting it is OK, which is actually not really a thing that everyone agrees with. Goldberg calls Samuel Alito's dissent "compelling," in order to try to convince us that he read it, or read anything about the case instead of just seeing something about it on the TV, while he was waiting for "NCIS: Los Angeles" to come on. And some offensive speech is "worthwhile" and some offensive speech is "reprehensible" and it is obviously totally easy to figure out which is which because America is "serious" and it is, as always with Goldberg, a simple, stupid point, obtusely made.

This is my favorite part:

Stephen Wermiel, a professor at American University, warns, “If you start defining and banning offensive speech because someone doesn’t like it, it’s hard to draw the line, and one day you wake up and find you don’t have much protected speech.”

Jonah Goldberg is "a visiting fellow at the American Enterprise Institute."