The problem with 1980s nostalgia movies 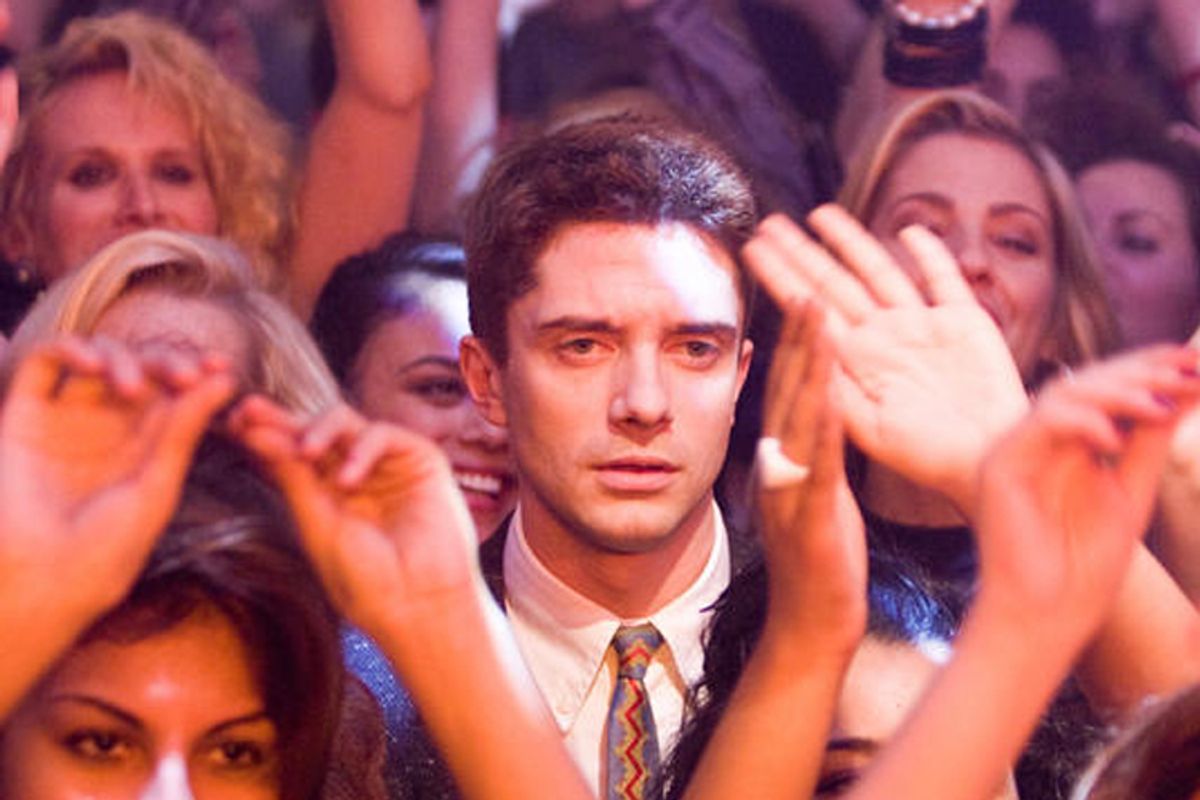 Contrary to popular belief, not all of us spent the '80s wang chunging. I understand how you might believe otherwise -- there's nothing like the passage of time to boil any period down to its most distinctive elements, and the '80s were certainly a bonanza of candy-colored, big-haired, Bartles & Jaymes-flavored bonbons. Yet when I see waves of nostalgia radiating from the movie "Take Me Home Tonight," aimed at a generation that wasn't even born when Tawny Kitaen was writhing on the hoods of cars, I can't help thinking how well that time was summed up by a character in last year's Oscar-overlooked "Hot Tub Time Machine": "We had Reagan and AIDS." It's true, kids, aside from Salt n' Pepa, a lot of it sucked.

You don't go to a movie named for an Eddie Money song looking for profound social commentary. I did, however, approach "Take Me Home Tonight," a Topher Grace- and Anna Faris-fueled comedy set in the Pleistocene era of 1988, with an instinctively personal perspective. Unfolding over the course of one action-packed summer night, the movie tells the tale of young people figuring out their futures and scoring with hot members of the opposite sex in a crazy world where phones still have cords. Matt Franklin, played by Grace, is a recent college graduate who finds himself living back at home and working at a Suncoast video, wondering if this adulthood thing is all it's cracked up to be.

As it happens, in the summer of 1988, I really was a new college graduate, living back at home in New Jersey and selling miniskirts and impossibly wide belts at a dismal boutique while "Never Gonna Give You Up" blared in an endless loop on the radio. It didn't exactly feel like the culmination of a lifetime of education and a foreseeable future full of student loan payments. So I identified with "Take Me Home Tonight's" Benjamin Braddock on acid wash ennui, and Matt's candid exchange with his dream girl Tori Fredreking (Teresa Palmer) about the sheer terror of impending mortgages, marriages and loathsome careers. Those are familiar themes to anyone, of any age, who's ever worn a name tag and helplessly clutched a liberal arts degree. It's intriguing, though, how those experiences can seem fresher or funnier when viewed through history's rose-colored Ray-Bans. You want to make a contemporary movie about socially awkward young adults, there's a distinct possibility you're going to wind up in David Fincher territory.

I don't begrudge "Take Me Home Tonight" or the whole "I Love the Eighties" juggernaut its fight for its right to party, but there is something touchingly off-base about it. Sure, it's not "The King's Speech" or "Mad Men" here, but could somebody even try to make an '80s period piece that doesn't just whip the entire decade into one Rubik's cube-shaped blender? The film's opening scene takes place in a Suncoast video festooned with posters of Madonna's 1984 "Like a Virgin" album and 1985's "Back to the Future," and features a prominent rack of Relax shirts. Relax, for Christ's sake. Nobody would be caught dead Relaxing in 1988. You might think that sounds nitpicky, but when they make the movie about 2011 and the characters are talking about Friendster and dancing around to "Milkshake," you'll care, Millennials. Oh, how you'll care.

But the anachronisms go deeper, even as they remain stubbornly shallow. You want to set a movie in 1988 and have its main character pretending to be a Goldman Sachs yuppie? OK, but that ignores the stunning stock market crash of the previous fall, and the burgeoning savings and loan crisis. In 1988, the prospect of becoming one of Tom Wolfe's Masters of the Universe -- or even a gainfully employed adult -- was a considerably less attainable goal for a recent college grad. That year, I spent months pounding the pavement in my shoulder-padded suit, competing for crappy administrative jobs at every even vaguely creative company I could find. For the class of 1988, the "Greed Is Good" ship had already sailed.

Instead I walked though a city wracked by a crack epidemic, a city that was, like many parts of the country, experiencing an explosion of violent crime. That August, the East Village erupted with a riot in Tompkins Square Park. Eventually, the tension would inspire a splashy Broadway musical, but at the time, it felt like the soul of the city itself was on fire.

And at night, life was far from a party-till-dawn experience. While Teresa Palmer's "Take Me Home Tonight" character shimmies out of her metallic dress for easy, spontaneous sex, things weren't quite so carefree at the height of the AIDS era. By 1988, the disease had long passed from its early, ignorance-based stigma as something that only happened to gay men and junkies into a full-blown health crisis, and we were still years away from the time HIV could, with proper treatment, be a manageable, long-term condition. In October of 1988, a heartbreaking 8,288 panels of the year-old memorial AIDS quilt would be displayed on the Ellipse in front of the White House. In December, the first World AIDS Day was declared. It's not that people didn't get laid in the '80s -- believe it, they did. But plenty of us can't think of that time without viscerally remembering the sense of danger that was a part of sex with every new partner.

A lighthearted rom-com isn't going to be about AIDS or recession, any more than "Sex and the City" was about terrorist attacks. I get that. Frankly I'm more vexed when filmmakers assume that a late-'80s character would be decked out like Loverboy and windmilling to "Safety Dance" than about profound political statements. 1982 called, and it wants its references back. I'd just like to point out, as one who survived the decade, that it wasn't one long Poison video. Much of it was great fun, as my embarrassing Facebook tags attest. But 1988 was no easier or awesomer than 2011. It was just different. It smelled more like Obsession, for one thing. And for anyone over 40, the notion of a movie with the tag line "Best. Night. Ever." set in the year that George Bush was elected president and "Don't Worry, Be Happy" was the No. 1 single is pure hilarity.

Yet despite how distinctive a time the '80s were, so much about being young then was exactly like being young now: that thrill of possibility, that hope we wouldn't screw it all up, that desperate need to break free and create an adult identity, that romantic attachment to a seemingly simpler time. Maybe that's why in 1988, the song that won an Oscar and Grammy was one that expressed that sentiment. It was called "I've Had the Time of My Life," and it was from a hit movie that lightheartedly explored those very themes. The movie was "Dirty Dancing." It was about a bunch of horny, troublemaking young people in the Catskills. In 1963.