Spokesperson for the Heart Attack Grill dies at 29 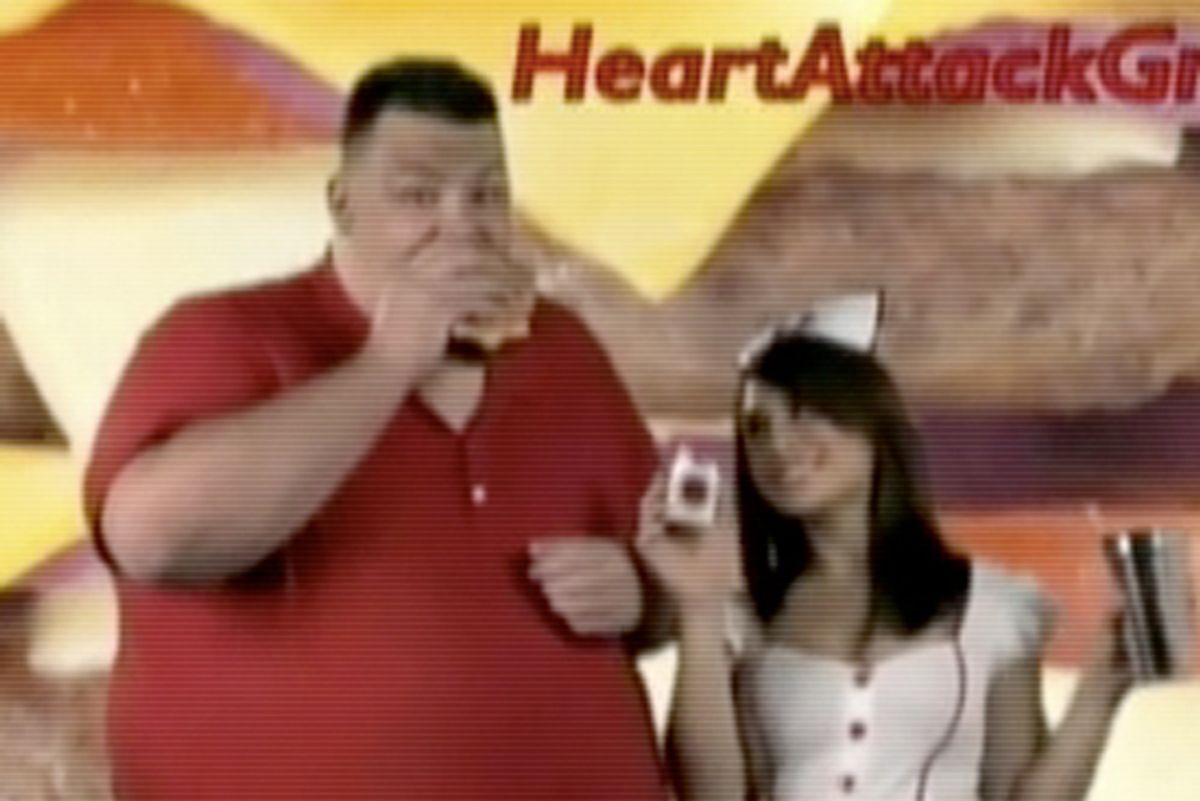 Blair River in a commercial for Heart Attack Grill
--

A 575-pound man who gained a measure of fame as spokesman for the Heart Attack Grill -- a Phoenix-area restaurant that unabashedly touts its unhealthy, high-calorie menu -- has died.

Friends of 29-year-old Blair River say he died Tuesday, possibly from contracting pneumonia after a bout with the flu.

Restaurant founder Jon Basso tells The Arizona Republic that River was more than the larger-than-life caricature he portrayed in promoting the restaurant in Chandler, which includes huge hamburgers, milkshakes and fries cooked in lard on its menu.

Basso says River was a creative genius who had been planning to take part in the shooting of a promotional spot called, "Heart Attack Grill: The Musical."

The 6-foot-8 River was an Arizona state heavyweight wrestling champion in 1999.

Information from: The Arizona Republic, http://www.azcentral.com