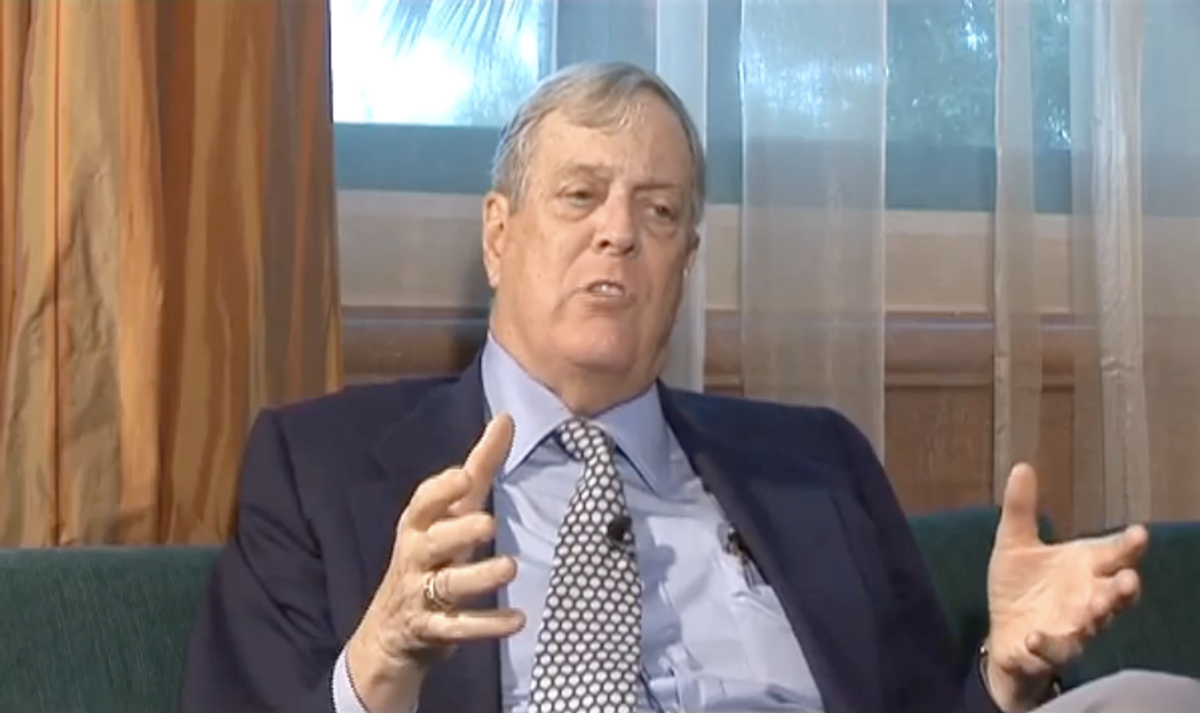 Interviews with the mysterious industrialist David Koch are few and far between, which is why The New York Times' conversation with the businessman is so fascinating. At MIT's David H. Koch Institute for Integrative Cancer Research, the billionaire sat down with Times reporter Michael Cooper to touch on a number of subjects, including political contributions, Wisconsin and his status as conservative arch-villain in progressive circles. Here are some of the best bits:

[I don't know the specifics of what's happening in Wisconsin,] but I can say in general that I believe, as a businessman, I think that state budgets, municipal budgets and the federal budget should be balanced.

Koch on the Walker prank call:

It’s a case of identity theft... I didn’t even know [Walker's] name before this brouhaha erupted.

Koch on his notoriety:

I read stuff about me and I say, "God, I’m a terrible guy." And then I come here [to the opening ceremony for his cancer center] and everybody treats me like I'm a wonderful fellow, and I say, "Well, maybe I'm not so bad after all."