"The Human Resources Manager": A dry, hilarious Israeli "As I Lay Dying" 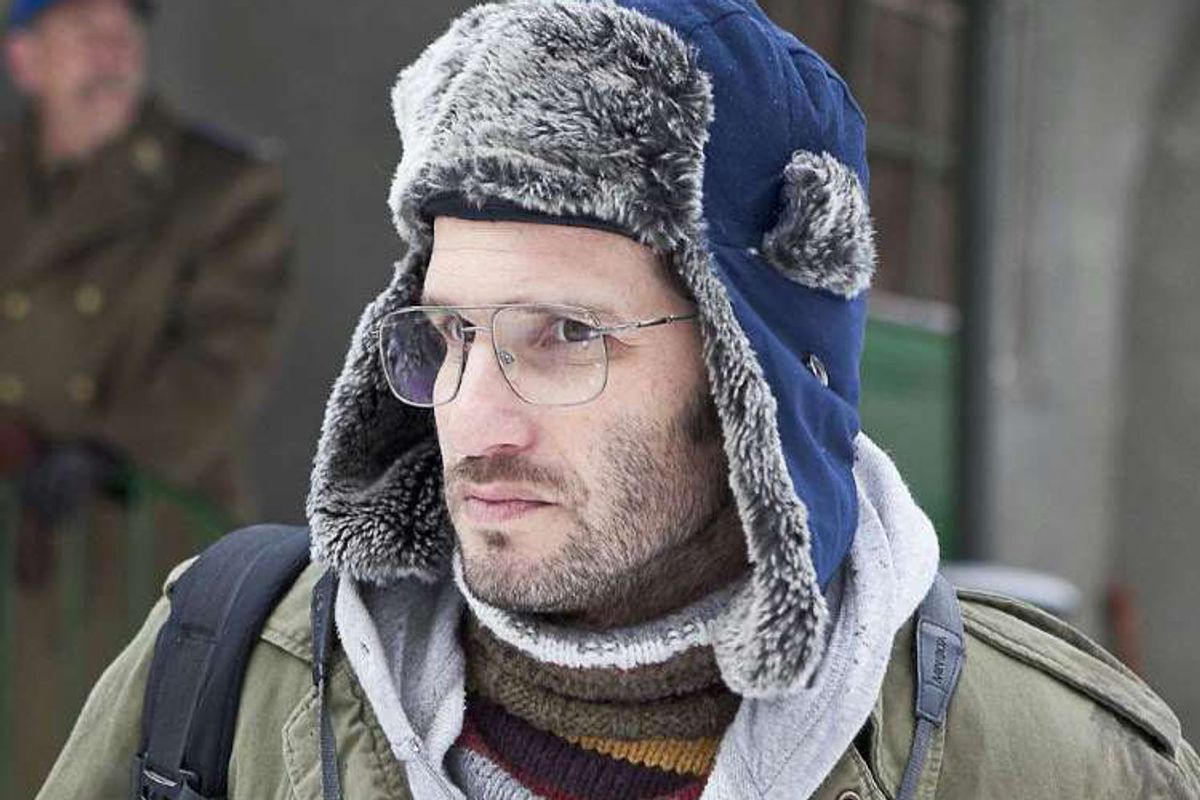 A still from "The Human Resources Manager"
--

Another in a long series of fascinating films coming out of contemporary Israel, "The Human Resources Manager" is a tragicomic, memorably gritty road movie with echoes of William Faulkner's great novel "As I Lay Dying." That might not be an accident, since this film from director Eran Riklis (whose other terrific films include "Lemon Tree" and "The Syrian Bride") is based on a novel by prominent Israeli writer A.B. Yehoshua, who has frequently been described as the Jewish state's answer to the Nobel laureate of Oxford, Miss. For Yehoshua, Riklis and screenwriter Noah Stollman, this tale of an unburied corpse and the middle-aged executive who accompanies it on an unlikely journey becomes an oblique way of looking at recent Jewish history, and exploring fault lines in Israeli society.

At first, the grizzled, eponymous human-resources manager (Mark Ivanir) seems like the laconic hero of a rainy Jerusalem noir. It's 2002, with Palestinian terrorist attacks on the civilian population near a high point, and a worker at his family-owned bakery has lain unclaimed in the morgue for days following a bus bombing. She turns out to be Yulia, a Christian immigrant worker from an unnamed Eastern European country (it's clearly Romania), and the manager has to figure out why nobody noticed her absence, and take enough responsibility for her to fight back a tide of bad P.R. (Yulia is the only person in the story who is ever named -- a literary device handled with such naturalness that I didn't notice it until the movie was over.)

But the mystery of what happened to Yulia in Jerusalem turns out to be much less mysterious than her journey home, accompanied by the manager and a passive-aggressive crusading journalist known only as the Weasel (Guri Alfi). Most of the film actually takes place against the wintry landscapes and post-Cold War decrepitude of Romania, and it's safe to say that Riklis takes considerable inspiration from that country's recent wave of ultra-dry social comedy. Each attempt to get Yulia safely buried and be done with her only digs the manager deeper into the bewildering, corrupt inertia of Romania, and all his envelopes stuffed with American cash go only so far. Along the way he has to contend with the gossipy Israeli consul (Rosina Kambus) and her Romanian husband (Julian Negulesco), the dead woman's impoverished ex-husband (Bogdan Stanoevitch) and her homeless, half-feral son (Noah Silver), and a 500-mile trek via van and tank and various illegal schemes to Yulia's mother (Irina Petrescu) and the remote village Yulia worked so hard to escape.

All of this is entirely realistic, as well as surprisingly gripping, and yet it's something else as well. The bloody historical relationship between Eastern Europe and the state of Israel is never directly mentioned, just as the Arab-Israeli conflict that led to Yulia's death is not discussed. But there's a level of dark, fairytale allegory that's difficult to quantify beneath the sad and grimy comedy of "The Human Resources Manager." As someone in the film observes, Yulia isn't the first foreign worker to come home from Israel in a box and she won't be the last. As this marvelously crafted movie moves toward its emotional and resonant conclusion, it reveals itself as a fable about reciprocity and obligation. In taking on a debt to a dead woman whom he never met -- a debt he does not personally owe, and one that will prove maddeningly difficult to pay off -- the manager paradoxically sets himself free.

"The Human Resources Manager" is now playing at the Lincoln Plaza Cinema and Sunshine Cinema in New York. It opens March 11 in Los Angeles and Palm Springs, Calif.; March 18 in San Francisco; March 25 in Miami, Portland, Ore., and Seattle; April 1 in Sarasota, Fla.; April 8 in Boston; April 15 in Minneapolis and Philadelphia; April 22 in Dallas and St. Louis; April 29 in Washington; and May 6 in Atlanta and Baltimore, with other cities and DVD release to follow.