My application for Charlie Sheen's internship

I have a degree in English from Oberlin -- and magic blood. I'm ready to join America's #winning team 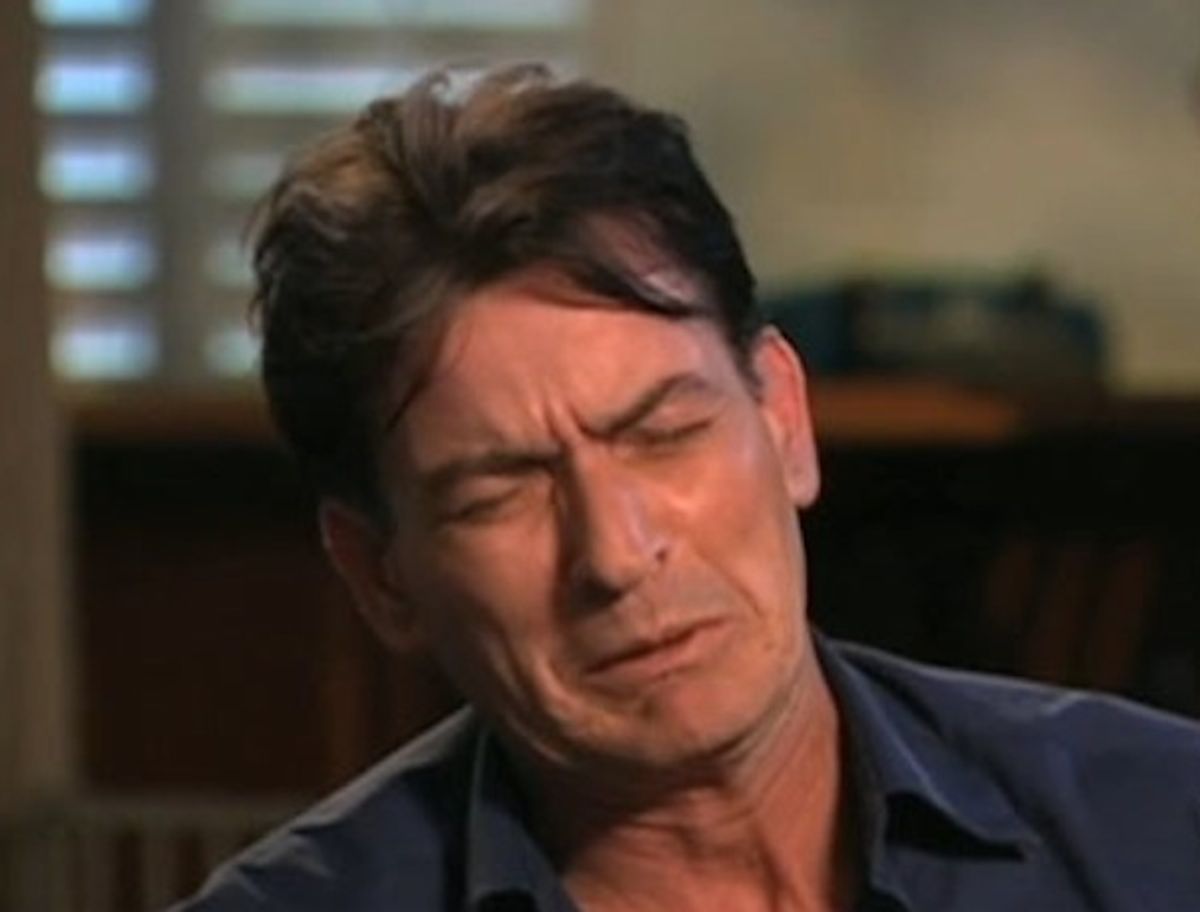 Are you gnarly enough to intern for Sheen?
--

We may be suffering from Sheen fatigue, but Charlie is just not giving us any rest. We could stop paying lip service to his insanity on TV and Web podcasts, we could not pay attention to the New York Times article today about being enabled by his sycophants, and we could even try to ignore the fact that the "Two and a Half Men" star is trying to fix his image by going to Haiti with Sean Penn (a man who knows a little something about image fixing).

What must be addressed, though, is Charlie Sheen's newest call for interns that he made public on Twitter today. The postgraduate world is hard enough without having Charlie Sheen on your résumé, but you know millions of ironic 20-somethings are currently putting together a cover letter as we speak. The official memo from Internships.com that was released via Sheen's Twitter:

Description: Do you have #TigerBlood? Are you all about #Winning? Can you #PlanBetter than anyone else? If so, we want you on #TeamSheen as our social media #TigerBloodIntern!

This unique internship opportunity will allow a hard-working, self-motivated, creative, resourceful and social media savvy individual to work closely with Charlie Sheen in leveraging his social network. The internship will focus on executing a social media strategy that will build on the success Charlie Sheen has attained in setting the Guinness World Record for the fastest time to reach one million followers on Twitter. The #TigerBloodIntern is expected to be proactive, monitor the day-to-day activities on the major social media platforms, prepare for exciting online projects and increase Charlie’s base of followers.

You will learn how to promote and develop the social media network of Hollywood’s most trending celebrity.

That description had more hashtags than the labeling system of Sheen’s "medical marijuana" dispensary. In order to save these poor souls who plan on applying, I have decided to throw myself on this grenade and sacrifice my summer for your sake. Charlie Sheen, here is my official letter of interest.

My name is Drew Grant, and I am the perfect candidate for your summer internship. I have a degree in English from Oberlin College with a concentration in social media and magical blood. In the five years since I have graduated college, I have held many positions with responsibilities that are similar to the qualifications you are asking for. For example, my very first job out of school was working for a postproduction house where I was a social media intern, building up a following (or "buzz") for our products, and happen to still hold the company record for killing the most trolls just by blinking, duh.

If you look at my résumé you'll see that my following two jobs required similar skills. I spent a year as a soccer coach for inner-city school children so I know a lot about winning and the winner's spirit, which I know is very important to you. I also spent that year as a Thomas Jefferson impersonator, but much like you, I had to distance myself from the character every evening when I took off my wig. I would look in a mirror and say, "I’m not Thomas Jefferson. He was a pussy." How strange to find my sentiments echoed years later by a celebrity! Anyone who spent time in Paris negotiating commercial treaties isn't a real man in my opinion, anyway.

You know who was a real man? Dennis Hopper. Am I right or am I right?

In addition, I know CPR and have been board-certified to administer mouth-to-mouth resuscitation after several summers working as a lifeguard at a local pool. Don't know how that could be handy, but it couldn't hurt. I also have a pick-up Quidditch team that I participate in, and as you know, being a wizard from "Harry Potter" is very close to being a Warlock. Also, my dad is a lawyer so if you ever need any help understanding anything sent to you by Warner Bros. that may be trying to indict you on felony charges, he could definitely help you out.

In conclusion, I know that I would make a great summer addition to your team of Tiger Blood Interns and cannot wait to see where this exciting adventure lands us. (I'm hoping it's Haiti, because that's my favorite country currently in need of U.S. assistance. Libya is for pussies.)