10 year time capsule: When Michael Jackson spoke out about abuse

In February 2001, the King of Pop was trying to heal the world, one father-son relationship at a time 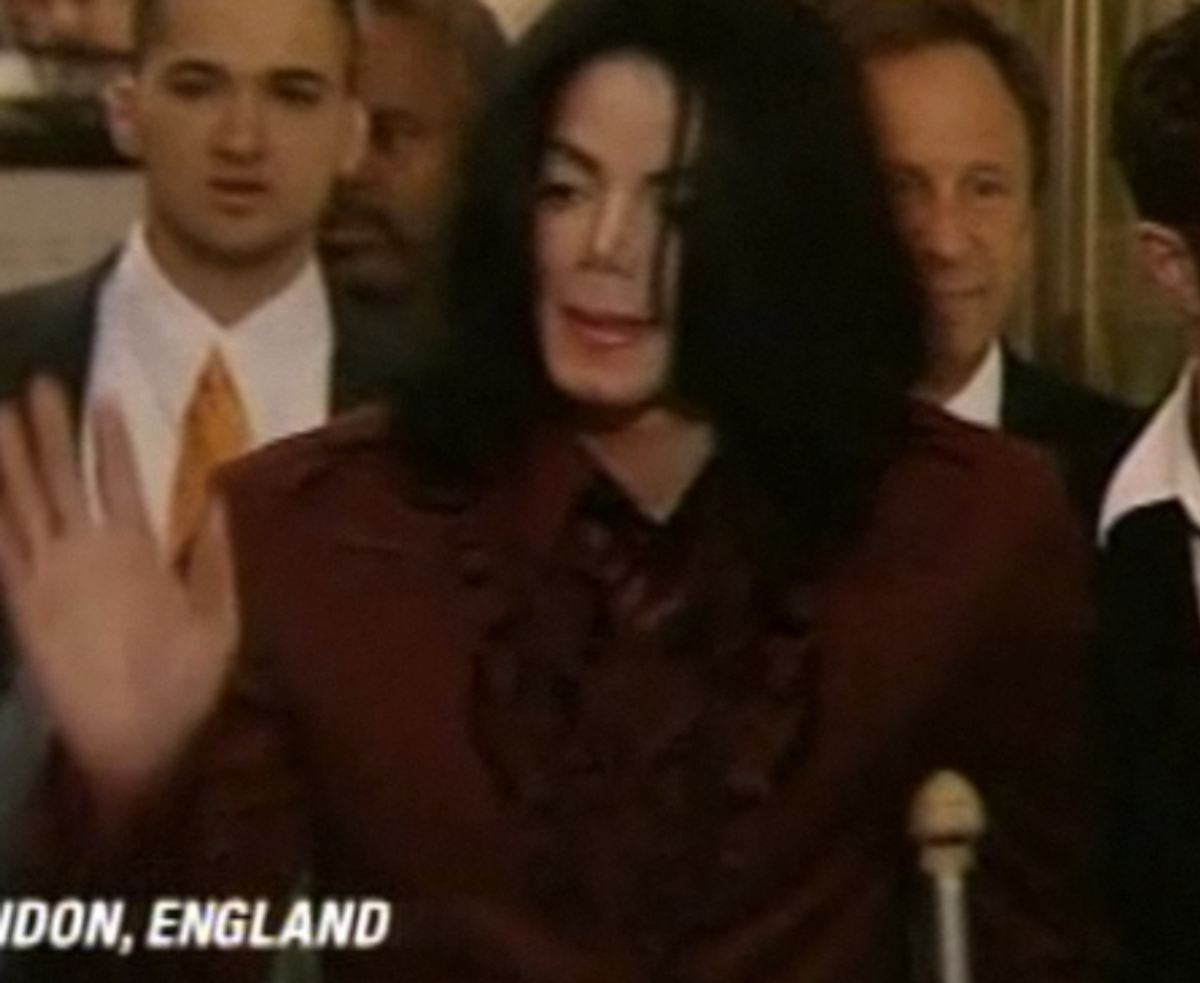 Ten years ago yesterday, Michael Jackson cried in front of an auditorium of Oxford students. "Childhood has become the great casualty of modern-day living," Jackson said in a speech to the British university's debating chambers. "My father was scared of human emotion. He never said I love you while looking me straight in the eye, he never played a game with me. But despite my earlier denials, I am forced to admit that he must have loved me."

Michael Jackson speaking out for kids' rights struck his American audiences as a little odd, since it had been less than a decade since the King of Pop settled out of court with the family of a child who accused him of molestation. But he hadn't completely fallen from grace yet: It would still be another year till Michael put his own child's life in danger by dangling him out of a window. It would be the year after that, in 2003, that Michael would be hit with his second child abuse scandal.

But in 2001, Jackson was bordering on an odd precipice: He had already become the Howard Hughes-ian recluse that lingers in our memory -- covering his face in a mask and restructuring his nose as often as some people buy new outfits -- but he was still doing the occasional public appearance. He even joked at the Oxford gig, "I do not claim to have the academic expertise of other speakers who have addressed this hall, just as they could lay little claim at being adept at the moonwalk ... Einstein in particular was really terrible at that." Michael Jackson joking! It's hard to even imagine. Even harder to imagine was how young Jon Stewart looked while mocking Jackson's intentions that week.

Ha ha, get it? Because he's weird-looking and touched children?

2001 was also the year of Jackson's "Invincible" and his second time to be inducted into the Rock and Roll Hall of Fame. Ten years since his last album, a bunch of craziness in between, and still, the title of Jackson's 2001 comeback (and ultimately, his final full album) did not turn out to be ironic. Jackson's music, if not his reputation, truly was invincible: Even as critics panned the album as "insipid," it shot to the #1 slot on Billboard its first week in November.

But back to February, when "Invincible" was still just a gleam in the hype machine's eye: What were we thinking about Michael Jackson? He had just signed on to be the best man at psychic Uri Geller's wedding, and had begun speaking on behalf of the Heal the Kids section of the Heal the World foundation that he had begun with Rabbi Shmuley Boteach. But perhaps it was this mention of Joe Jackson in his London speech that was most telling. Joe was a tyrant who destroyed his children's lives and ruled over their success with a brutality Michael Lohan couldn't touch. Suffice to say that by the time Michael was 42, he and his father were not on speaking terms. But the night before his speech, Michael had called his father in an attempt to repair the relationship. "'He told his father he loves him,'' said Rabbi Boteach to the New York Times "Michael's family doesn't do displays of emotion.''

What did they do a lot of? Beatings. Whippings. Abuse. Although Michael Jackson's death in 2009 forever cast him in stone as weirdo Jacko, in 2001 he was still a man trying to come to grips to what had happened to him in his childhood, and, at least in his mind, prevent it from happening to anyone else.