This is what happens when you pay the GOP's ransom

The president was too eager to avoid a government shutdown, and now Republicans are making him pay for it 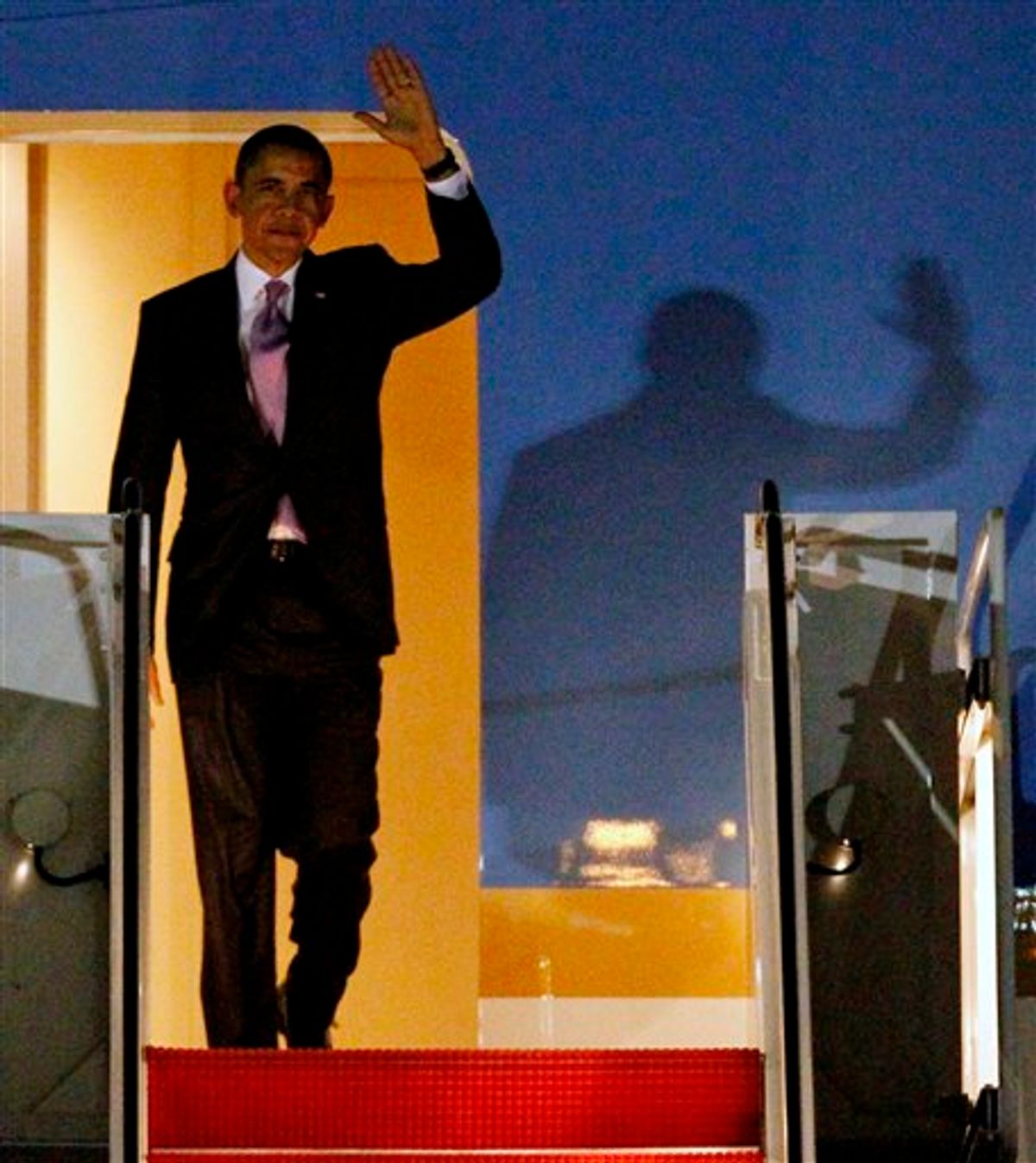 It's called ransom. That's what Republicans are demanding from the White House and congressional Democrats for not pulling the plug on the government.

Problem is, when you pay ransom once, you're almost begging to pay it again. And that's exactly the pickle the Obama administration is finding itself in.

In order to avoid a shutdown last week and buy time until March 18, the White House agreed to more spending cuts for the remainder of this fiscal year than it originally put on the table. Now, in order to get past March 18, Republicans want even more. Democrats have offered to cut an additional $10.5 billion but Republicans want $61 billion. The White House is hinting it's ready to compromise further.

Of course it is. Both sides want to look as if they're willing to compromise because neither side wants to be blamed by the public if a shutdown happens.

That means they'll have to agree to split the difference - which will result in around $35 billion of additional cuts. Not in Social Security or Medicare or national defense - no, those programs are too popular or politically potent for any short-term political deal. The $35 billion will come out of what's called non-defense discretionary spending for the rest of this year.

Non-defense discretionary is 12 percent of the federal budget. It's also where most federal education programs appear, as well as most programs for the poor apart from Medicaid. In effect, a third of non-defense discretionary spending is handed over to states and locales. Which means cities and states will be taking a huge hit. Detroit is already making plans to put 60 students in each of its high school classrooms.

Yes, fix the budget deficit when we're safely out of the gravitational pull of the Great Recession. Raise taxes on the super-rich, contain the explosion of health-care costs, cut the defense budget, end agricultural subsidies, stop corporate welfare.

But don't hurt the most vulnerable members of our society.

And don't cut anything now -- not with unemployment still hovering around 9 percent, and 15 million people without jobs. Not just as the federal stimulus is coming to an end.

Not at a time when state and local governments are slashing their own budgets a total of more than $100 billion this year and next.

Where will demand come from? Consumers won't be able to make up the shortfall. They're still under a huge debt load. A quarter of homeowners are still under water.

And with fuel prices heading toward $4 a gallon consumers will have no choice but to pull in their horns.

Compromising over budget cuts this year isn't just unfair in terms of who will be hurt the most. It also compromises the fragile recovery, and puts the entire economy at risk.

The White House should never have started paying ransom. Once ransom starts, there's no end to it.