The amazing del Toro movie that just got spiked 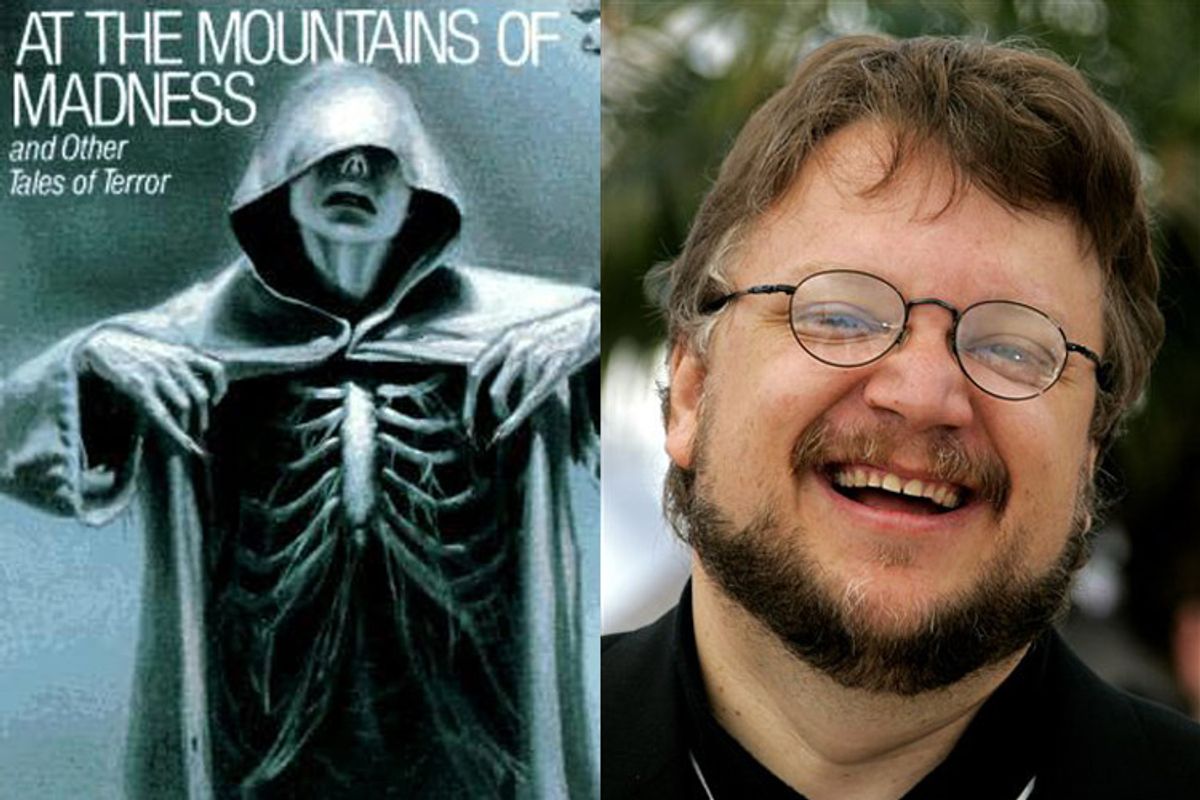 The New Yorker's news desk ran a melancholy addendum to its Feb. 7 feature about director Guillermo del Toro and his attempts to make a $150 million live-action film of H.P. Lovecraft's "At the Mountains of Madness." Apparently Universal refused to greenlight the project due to del Toro's insistence that it be released with an "R" rating rather than a "PG-13."

Del Toro's e-mail to New Yorker writer Daniel Zalewski was two sentences long: "'Madness' has gone dark. The ‘R’ did us in."

The "Pan's Labyrinth" director has spent the last few years on big budget dream projects: "The Hobbit," "Frankenstein" and "At the Mountains of Madness." He left "The Hobbit" in May 2010 (or was fired, depending on who tells the story), following a series of start-date delays, and Peter Jackson, writer-director-producer of the original "The Lord of the Rings" movie trilogy, stepped in. "Frankenstein" never had a firm start date and remains in limbo. For a while, "At the Mountains of Madness" -- the story of an Antarctic expedition uncovering the ruins of an ancient city and the remains of mythical creatures -- seemed as though it might be the first of the three projects to end up on-screen. This was a startling prospect considering Lovecraft's tale had long been considered unfilmable.

Del Toro's adaptation had Tom Cruise attached to star and James Cameron ("Avatar") involved as an executive producer and 3-D consultant, and Universal had already given the director pre-production money for creature designs. Del Toro told the New Yorker he wanted "Madness" to have "the polished aspects of a studio film" like Alfred Hitchcock's "The Birds," but retain the grungy vibe of "The Texas Chainsaw Massacre" and the original "Saw" while capturing the sense of psychic disturbance and primordial terror that was Lovecraft's stock-in-trade.

Lovecraft's fiction has been adapted for the screen before -- notably in Stuart Gordon's "Re-Animator" and "From Beyond" -- but no previous movie has tried to envision the creatures in all their Lovecraftian grotesqueness and immensity. "Del Toro envisaged 'Madness' as a 'hard R' epic, shot in 3-D, with a blockbuster budget," Zalewski wrote in the New Yorker profile. "Creating dozens of morphing creatures would be expensive, and much of the film needed to be shot somewhere that approximated Antarctica; one of the most disquieting aspects of Lovecraft’s novella is that the explorers are being pursued by monsters in a vast frozen void, and del Toro wanted to make the first horror movie on the scale of a David Lean production."

But despite a presentation that Adam Fogelson, the chairman of Universal Pictures, called "one of the more extraordinary and gratifying professional experiences I have had," the studio apparently couldn't commit to a project of that scale unless it was rated PG-13. "'Madness' would need to make at least $500 million in worldwide grosses in order to turn a profit, considering global marketing costs," Zalewski writes. Deadline.com says Universal wants to hold onto the project in the event that it changes its mind and decides to make it later, either as an R or PG-13 movie. But del Toro is already trying to set up "Mountains" at another studio (possibly Twentieth Century Fox, which released Cameron's "Titanic" and "Avatar"). In the interim, del Toro might direct another Universal project, "Pacific Rim," a "PG-13, tent pole-sized project with big monsters and the creation of a new world."