Turn off the dark! Our spidey sense is tingling that the most expensive show on Broadway may be getting fresh blood 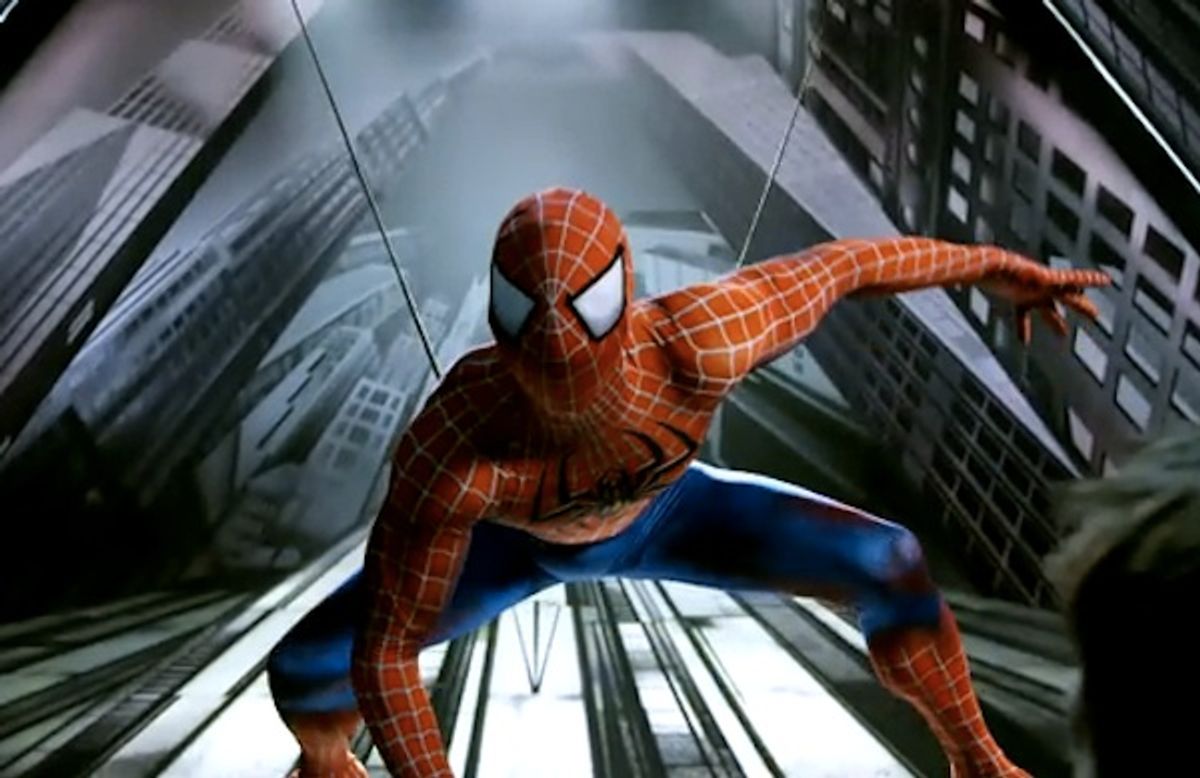 This show is about to get a whole lot safer!
--

Extras and stuntmen rejoice! Your lives may soon be safe again, as the troubled production of "Spider-Man: Turn Off the Dark" may kick off director Julie Taymor before it's done with previews.

To be fair, the show has had the longest preview run in history. According to a New York Times article today, the show has had 98 productions so far and is still not officially "open." After the fall of a stuntman resulted in grievous internal injuries, broken ribs, and some safety citations, the least that Taymor, Bono and The Edge could do was make the show interesting. But it's also apparently just a really crappy musical.

Now that Papa Bono has come to put his house in order (he's had a pretty hands-off approach to the musical after coming up with the songs and dialogue, which may be part of the problem) he will be "very active" in talks with Taymor. This will either result in a) Getting more people on her creative team b) Hiring a co-directors or c) Firing the "Lion King" director altogether. Here's five ways that :Spider-Man: Turn Off the Dark" would be different if Taymor left the production.

1.Spider-Man no longer flies through the air on wire, now just asks audience to close their eyes and use power of imagination.

4.To scale back costs on the most expensive Broadway production in history, "Spider-Man" will now be sharing a set with "Mary Poppin" and "Fat Pig."