The rise of the Stormtrooper

The galaxy's most faceless evildoers suddenly have a lot more personality. What gives? 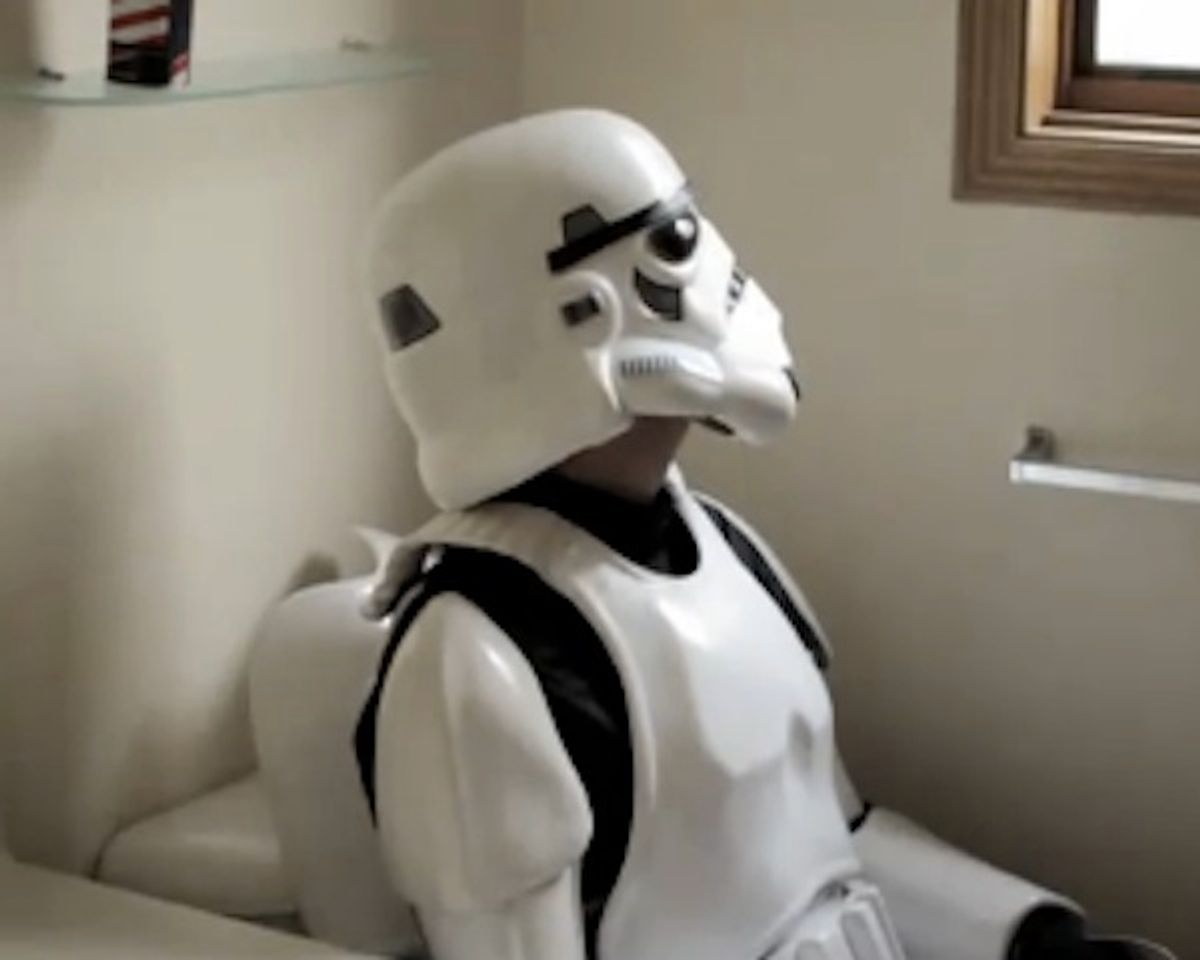 For decades, the Stormtroopers of "Star Wars" have been thought of as mindless robots, with but a few nerds remembering that the Galactic Empire's army was stocked with actual people behind the masks. But a new pop culture movement is intent on showing the more human side to the men in white.

Kevin Smith first mused on the quality of human life upon the Death Star in his 1994 film, "Clerks."

But it took another 10 years for a widespread interest in Stormtrooper foibles, when both Adult Swim's "Robot Chicken" and Fox's "Family Guy" gave Stormtroopers a previously unheard voice. Turns out they sometimes sound like Arnold Schwarzenegger.

They also accidentally hit Ewoks and take their daughters to work with them.

And a music video from the band Scattered Trees, called "Love and Leave," takes a look at the more mundane activities performed by lovesick Stormtroopers.

What makes Stormtroopers so fascinating? They are, after all, named after part of the German Army from World War I. They are also reminiscent of SS soldiers, with their Imperial Marching. There is something about seeing a bunch of these guys goose-step down a giant corridor that is just so creepy. Giving a couple of Stormtroopers the ability to speak for themselves was just so incongruous to how we viewed an enemy with a hive-mind collective that it's absurd. And often, hilarious.