Why it's time to shut down "Celebrity Rehab"

Dr. Drew's show about D-listers and their addictions means well -- but often puts entertainment above recovery 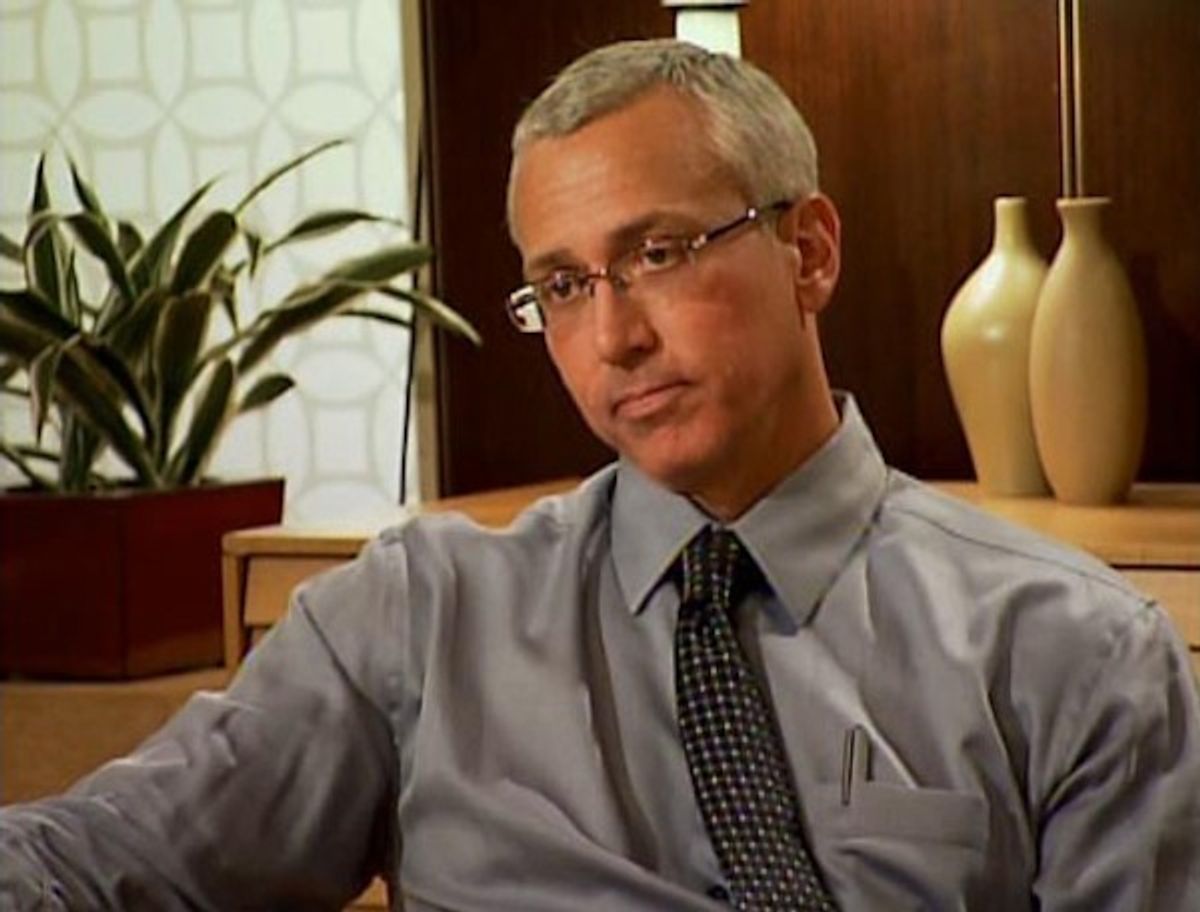 Former Alice in Chains bassist Mike Starr was found dead of an alleged drug overdose in Utah yesterday. The 44-year-old had been a part of Dr. Drew's 3-ring VH1 circus "Celebrity Rehab" in its third season, a fact that will provide ample fodder to the show's many critics.

But Mike's death isn't the reason Dr. Drew needs to pull "Celebrity Rehab's" plug. If every recovery center had to close down after a former patient relapsed and died, we'd have no facilities left. Addiction is a real disease, and while treatment helps, it is by no means a cure-all.

No, the reason "Celebrity Rehab" needs to go is its warped sense of priorities: Celebrities struggling with drug addiction are now thrown in with people like Rachel Uchitel (Tiger Woods and David Boreanaz's mistress, who was addicted to "love" in Season 4) and wild cards like Gary Busey (Season 3, who claimed to have been sober 13 years) and Daniel Baldwin (Season 1, who also said he was sober upon entering treatment). The emphasis of the show has shifted from drug and alcohol treatment to creating the perfect storm of volatile and absurd characters in order to remain entertaining and bring viewers back week to week. And that's not helping anyone recover.

There have been arguments on either end about filming drug addiction and recovery: People claim that shows like "Intervention" and "Rehab" are misleading at best, exploitative and harmful at worst. Supporters of the show claim that the ends justify the means: these people who otherwise wouldn't be seeking treatment are getting help, even if that help is televised and beamed down to an audience of millions. Salon's Matt Zoller Seitz wrote an insightful piece in January on the hidden (almost subversive) benefits of a show like "Celebrity Rehab:"

"Celebrity Rehab" is itself a weird show -- truly, deeply, profoundly weird. It's a hothouse series -- "Big Brother" with a therapeutic component, a human zoo that places bottomed-out semi-celebrities under surveillance, then turns their odyssey toward bodily integrity and psychological truth into a TV melodrama, complete with teasers and flashbacks and music montages and narration. The series feasts on the exhibitionism of its participants. Most are better known for getting in trouble than for any substantive creative achievements -- and that's how America prefers it, really.

… What VH1 did here was find a way to turn real people's lives into a tear-jerking music video without having to edit one. I'd ridicule it if it weren't such an appealing postmodern pretzel -- and if I hadn't seen similar multimedia performances at real-life weddings and funerals and been moved. Just because a moment is stage-managed doesn't mean you can't find something real in it. You have to be able to do that, otherwise you can't live in the world. It's a 21st century survival skill.

Unfortunately, just because "Rehab" raises some interesting (and heartfelt) questions about the nature of addiction doesn't mean it's actually helping anyone. Addiction can go hand in hand with narcissism, or a disease of celebrity-ism that Dr. Drew calls "celebrity narcissism."  In a peer-published paper he dismissed the idea of Acquired Situational Narcissism, saying that this form of narcissism drives young people to seek out celebrity status, instead of developing the disorder once they arrive there.

But his own logic on this subject works against him. If his patients suffer from celebrity narcissism just by the nature of being celebrities, then shoving a camera in their faces while they should be focusing on getting sober is not only distracting, it's undermining their ability to get well. And this slight-of-hand -- focusing on a disorder he created instead of treating patients for the addictions -- has given the show a schizophrenic tone where audiences aren’t even sure what they're watching it for. Is Dr. Drew dealing with addiction or celebrity narcissism? If the latter plays into the former, why bother bringing in characters who just suffer from C.N., unless the show is now "Celebrity Psychology Center"?

Realizing that dealing with actual drug addicts may be too dark for VH1's CelebReality programming, Dr. Drew started introducing people like Uchitel, Eric Roberts and Baldwin, whose addictions are self-diagnosed. It was the biggest mistake he could have made. "Celebrity Rehab" is a show that, by its own definition, deals with drug and alcohol addictions. While America wants to see Leif Garrett and Jeff Conaway struggle through (and ultimately succeed in) their rehab process, these "floater" characters exist only to exacerbate the difference between drug addiction and "celebrity addiction." This sets up the show's characters to fall into two camps: those actually struggling with a disease, and those on the show for attention. But because most addicts fall into both categories, the boundaries become blurred and ultimately meaningless.

So now the backtracking has begun in earnest. With a new cast for Season 5 currently residing in the center, the lineup has already begun to dissolve. While Michael Lohan, Amy Fisher, Sean Young and Bai Ling form the players thus far, White House party crasher and "Real Housewives of D.C." star Michaele Salahi was just kicked off the show, because she "did not meet such criteria" for a program about addiction and recovery. Do you get it? She wasn't addicted to anything at all, besides suffering from Celebrity Narcissim. Which is what Dr. Drew has been championing all along as a "real" disorder, or else why was Rachel Uchitel on Season 4 of "Rehab" instead of his other program, "Sex Rehab With Dr. Drew"? By kicking Salahi off the show, Dr. Drew and the producers made a good call, but one that revealed exactly why this show won't work: By creating semi-arbitrary distinctions of what is and what isn't a life-threatening "addiction" and allowing that to become the main issue of the show, those in the cast battling drug problems become secondary, even though they remain most at-risk.

And god forbid alcoholic Sean Young or Amy Fisher turn out to be less than riveting: Their lack of screen time will have them bumped faster than Dr. Drew can speed-dial Charlie Sheen for a little ratings pick-me-up. In order for "Celebrity Rehab" to survive, it needs to decide what it wants to be: a show about recovering drug addicts and alcoholics, or a show about the addiction of celebrity. Because right now, he's not helping anyone.