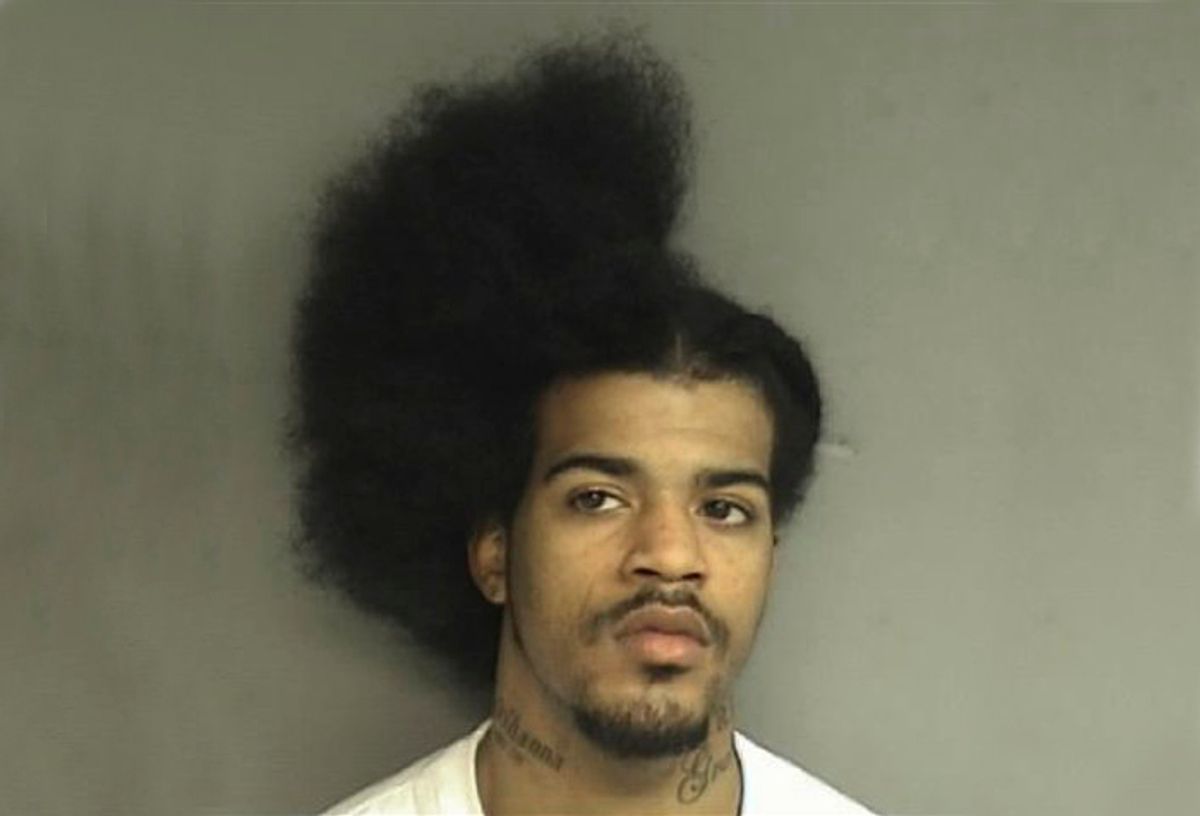 This Tuesday, March 8, 2011 booking photo released by the Stamford, Conn., Police shows David C. Davis, 21, of New Haven, Conn., who was arrested Tuesday and charged with slashing another man in the back while he was in the middle of a haircut. (AP Photo/Stamford Police Department) (Anonymous)
--

Police say a man was getting a haircut at an apartment in Stamford, Conn., when he grabbed scissors and slashed another man in the back.

The Stamford Advocate reports that 21-year-old David Davis was arrested soon afterward when officers with a police dog found him in a nearby apartment. A police mug shot shows Davis with thick hair sticking up from only one side of his head.

Authorities say the victim approached Davis during his haircut Tuesday in what he called "an aggressive manner." Davis told investigators he picked up the scissors in self-defense.

The 21-year-old victim was taken to Stamford Hospital to receive treatment for the wound in his back.

Information from: The Advocate, http://www.stamfordadvocate.com