The Geminoid DK robot digs into the uncanny valley

A new robot eerily mimics the facial expression of a Danish associate professor, goatee and all. Oh the humanity? 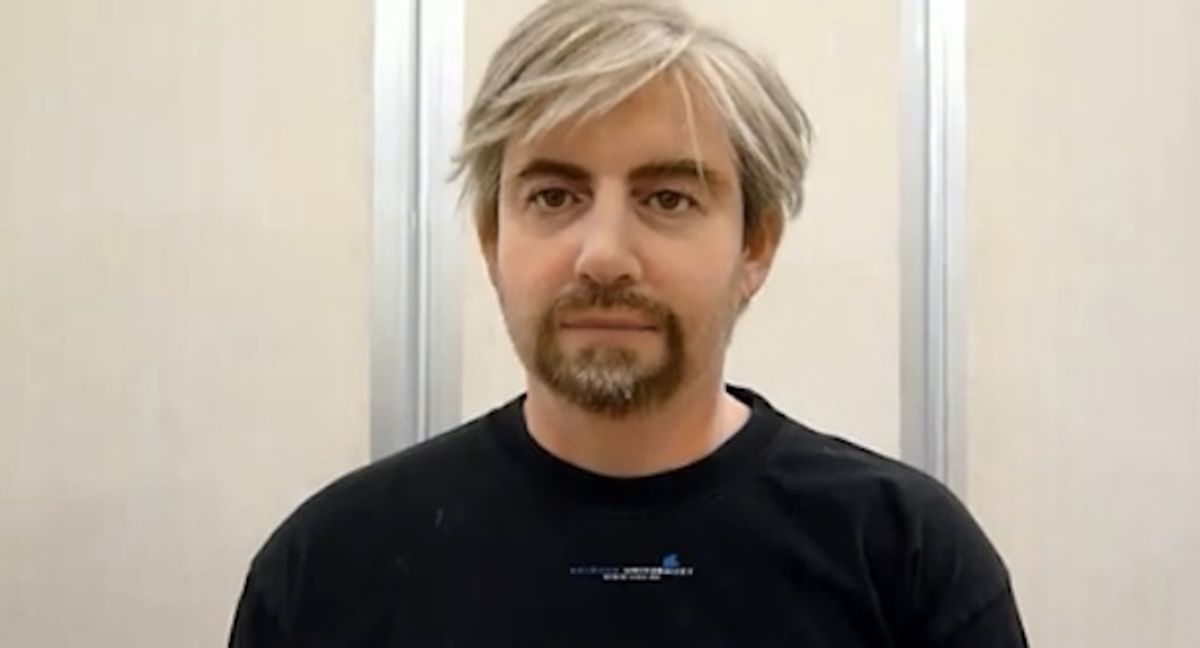 Hey, we always knew that associate professors were the best at something. And that something is being very, very creepy (and goatee'd).

How long until we can get Christian Bale fighting against one of these guys in "Terminator: Salvation," instead of an underpaid photography director? While the Geminoid DK is not as...uh...sexy (?) as its female brothers and sisters, it may be the most realistic A.I. ever created. (Barring of course, Al Pacino's creation in "Simone" or Kelly LeBrock in "Weird Science.") And being too realistic to be attractive would fit perfectly into science's concept of the uncanny valley, which will now only be explained in terms of "Star Wars" and pornography, thanks to an episode of "30 Rock."

Those unfamiliar with the concept of uncanny valley can refer to this handy chart by Karl F. MacDorman and Takashi Minato in Android Science:

Basically: If a robot or alien or any non-human looks vaguely humanish, it can be cute/sexy/totally fine. But get too close to human resemblance without being 100 percent man-droid, and our "familiarity" (i.e. sexual attraction) with the entity takes a sharp plummet.

However, this chart may be confusing to some people, in that it puts zombies down as the most uncomfortable human-like comparison for people to deal with, when we all know that children zombies are adorable and heart-wrenching.

So I pose this question to you, readers: What creeps you out more? A child zombie a la "Dead Island," or the robot version of a Danish associate professor with distinctly European facial hair?