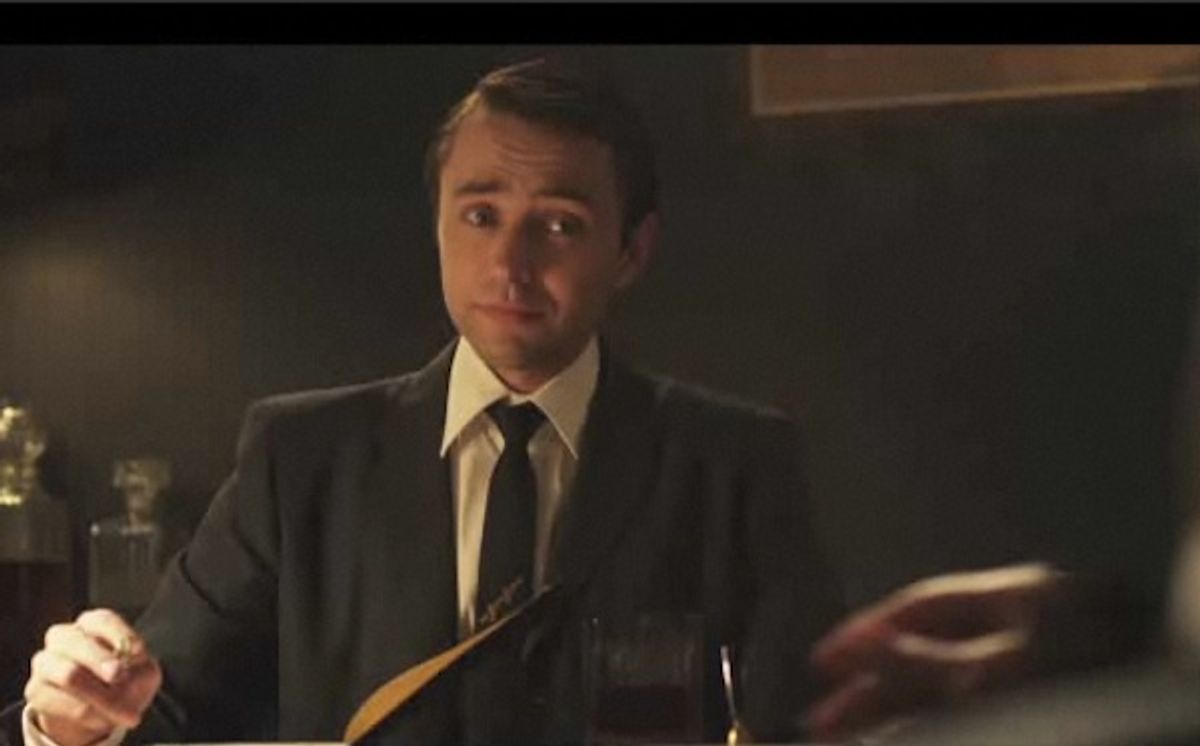 Pete wants to talk to you about the railroads.
--

Who knew ad men in the 60s were so progressive? In a video for FunnyorDie.com, "Mad Men" characters Pete Campbell and Harry Crane discuss how to sell America on the high-speed rail. Weird, we're talking about that right now! In the future!

Actors Vincent Kartheiser and Rich Sommer made this video in conjunction with advocacy group PIRG to get people talking about Obama's plans for super-fast bullet trains that will make Germany's Intercity-Express look like Thomas the Tank Engine. Says Kartheiser:

"Despite all of the actions I take to reduce my carbon footprint, I am a terrible polluter because I fly so many miles. High-speed rail is more efficient, convenient, and environmentally responsible than flying or driving."

Take this statement about pollution with a grain of salt: Vincent is something of an eco-fanatic, having once told the Guardian that he didn't own a car, lived in a wooden box, and went over to a neighbor's to use a toilet, since he didn't have one of his own.

Maybe next time PIRG could try getting Jon Hamm and John Slattery .